Day Trips from Faro: The Pretty Riverside Town of Tavira, The Algarve

If you’ve read my last post you’ll know that I recently enjoyed a lovely off-season long weekend break in Faro, the capital city of the Algarve region in southern Portugal.  As well as being a charming city in itself, Faro also offers excellent links to many other towns and cities along the Algarve, which means that it’s really easy to hop on the train and explore a little further afield.   If you’re interested in taking a few day trips from Faro, one of the first places I can recommend that you visit is Tavira.

Tavira was once considered to be one of the most important towns along the Algarve.  The proximity of its port to the coast of Morocco meant that it developed as a busy maritime commercial hub, dealing with the import and export of goods, and also harbouring the Portuguese fleet who patrolled the Strait of Gibraltar.

Nowadays the town is a delightful mix of traditional Portuguese heritage with deep-rooted Moorish influences.  The focal point of Tavira is its severn-arched Ponte Romana (‘Roman Bridge’), that spans the Gilão / Ségua river, but you’ll also find picturesque plazas, cobbled streets lined with pretty whitewashed buildings, a Moorish castle, numerous churches and, a little further afield, some lovely long sandy beaches that are a lot less busy than those to the west of Faro.

And if you can’t see it all on one of your day trips from Faro, there are some lovely, central accommodation options available that I’ll cover later in this post.

Tavira is located just 40 minutes from the Algarve’s capital city by train, so it’s one of the easiest day trips from Faro.  Timetables and prices are available on the Comboios de Portugal website.  It’s also possible to catch the bus (Faro’s bus and train stations are next door to each other); timetables and prices for the bus journey from Faro to Tavira are available on the Rede Expressos website.  However, our research indicated that taking the train was the cheaper option, so that’s the one we chose.

The location of Faro’s train station is shown on the map below.

There are two train stations in Tavira – one called ‘Tavira’ and one called ‘Porta Nova.’  As they’re located at opposite ends of the town, it makes sense to get off at one and then hop on at the other once you’re done exploring.  Seeing as though we didn’t really want to be climbing uphill as the day wore on, we disembarked at Porta Nova and headed down R. do Apeadeiro towards the centre of town.

Here are a few things to see and do in Tavira, whether you visit as one of your day trips from Faro, or whether you choose to stay here a little longer.

Things to do in Tavira

For a small town (26,167 inhabitants), Tavira has a lot of churches.  There are 21 within the town itself and 37 altogether if you include the outlying parishes.

The first notable landmark we arrived at after leaving Porta Nova station was the Igreja de Nossa Senhora da Ajuda ou de São Paulo, whose full name is a bit of a mouthful, so you’ll often see it shortened to Igreja de São Paulo.  There’s not much information about this place online, and as churches go it’s mostly pretty plain and unadorned, but it’s the location that I loved most of all. 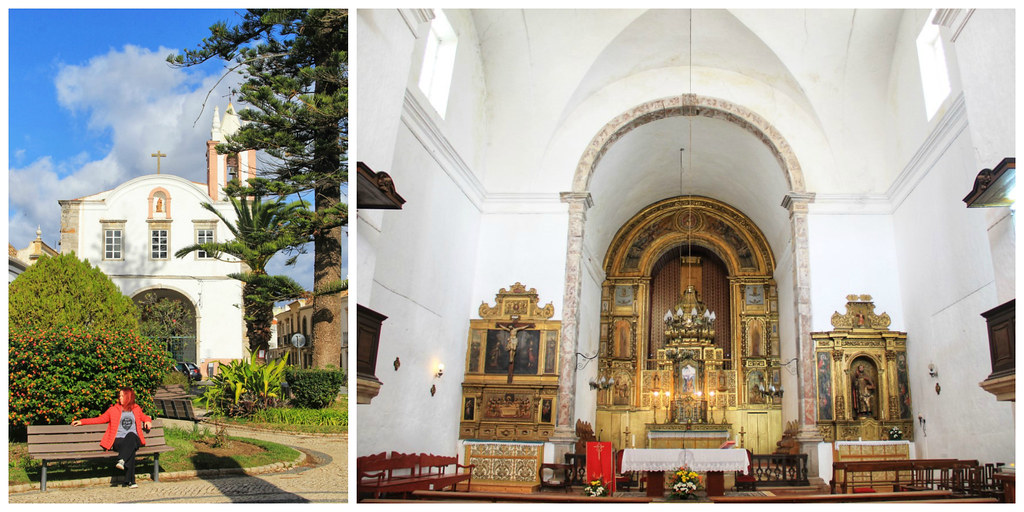 You’ll find this 17th century church in Dr. Antonio Padinha Square, on the northern side of the river.   The central focus of this square is the beautiful, lush (yes, even in November!) Jardim da Alagoa.  As well as tall fir trees and palms, there were a multitude of colourful flowers in bloom when we visited.

Although we didn’t have time to hunt down all of the following churches (due to having a bit more of a leisurely start to the day than we’d planned!), I’m including the full list of those that we deemed to be worthy of a visit.  Maybe you can resist the temptation of drinking too much Portuguese wine in Faro the night before and catch a slightly earlier train than we did! 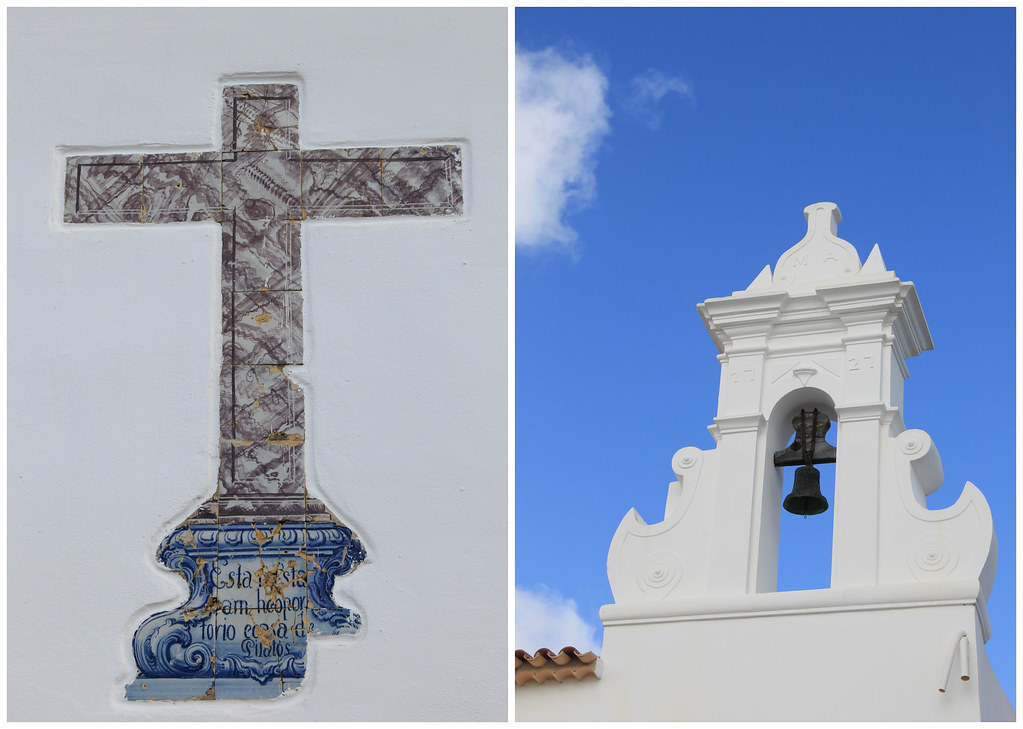 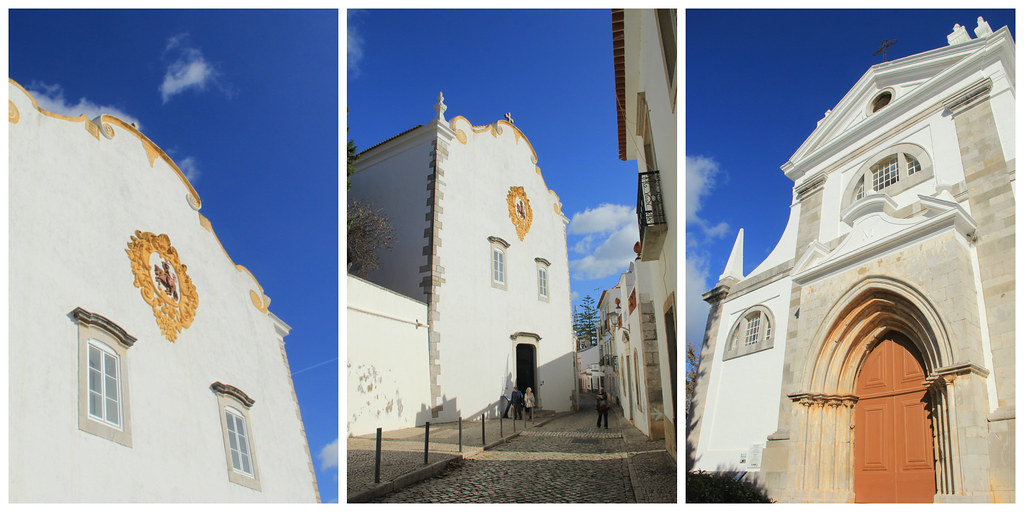 There’s a bit of a Romeo and Juliet-style legend behind the naming of Tavira’s river.  During the time of the Moorish occupation of Tavira, the Christians reconquered the peninsula and a forbidden love affair developed between a Moorish princess called Ségua and a Christian knight called Gilão.

The pair used to meet late at night on the ancient bridge named Ponte Romana that linked the two opposing sides of town, until they were caught by the Christian military and Moorish military factions.  Terrified that they would be convicted for treason, both Ségua and Gilão jumped from the bridge to their death – Ségua threw herself to one side (upstream) and Gilão threw himself to the other (downstream). 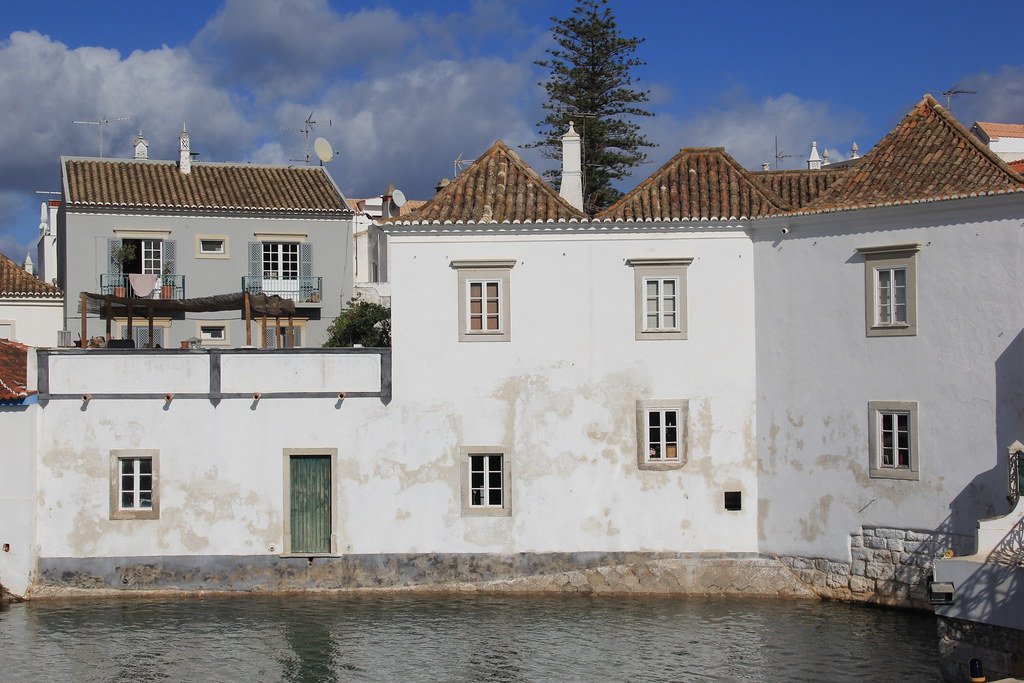 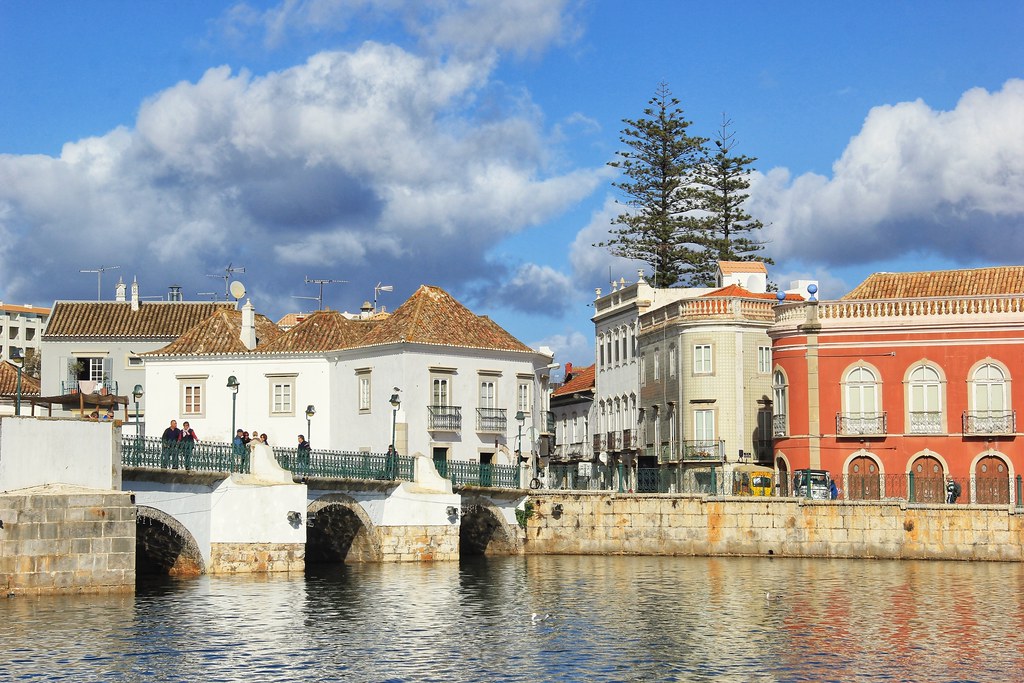 Although the bridge’s name suggests that it is of Roman origin, it actually dates back to the 12th century, when the Moors were in occupation.  It’s so named because it linked the Roman road from Castro Marim to Tavira.

In the height of summer this bridge is apparently like a scaled down version of the Charles Bridge in Prague – lined with artists, buskers and the odd fisherman or two.  However, towards the end of November, there were far fewer people around.

Make your day trips from Faro in the off-season and you might be rewarded with a bridge that’s virtually devoid of people, too.

4 | Watch the world go by in Praça da Republica

Praça da Republica is Tavira’s main square and is located on the southern edge of the Gilão / Ségua river.  On one side of the square you’ll find the Town Hall and an attractive pool of water containing some small fountains, and the opposite side is lined with shops, cafés and restaurants.  In the middle is a war memorial and a small amphitheatre.

It’s a great place to sit and relax, grab a coffee, and watch the world go by.

5 | Admire the panoramic view from the castle tower

Continue along R. da Liberdade and hang a right, and you’ll arrive at Tavira’s Moorish castle.  Although there’s not much left of the castle itself, there are some lovely gardens to wander around and an amazing panoramic view of the town from its tower. 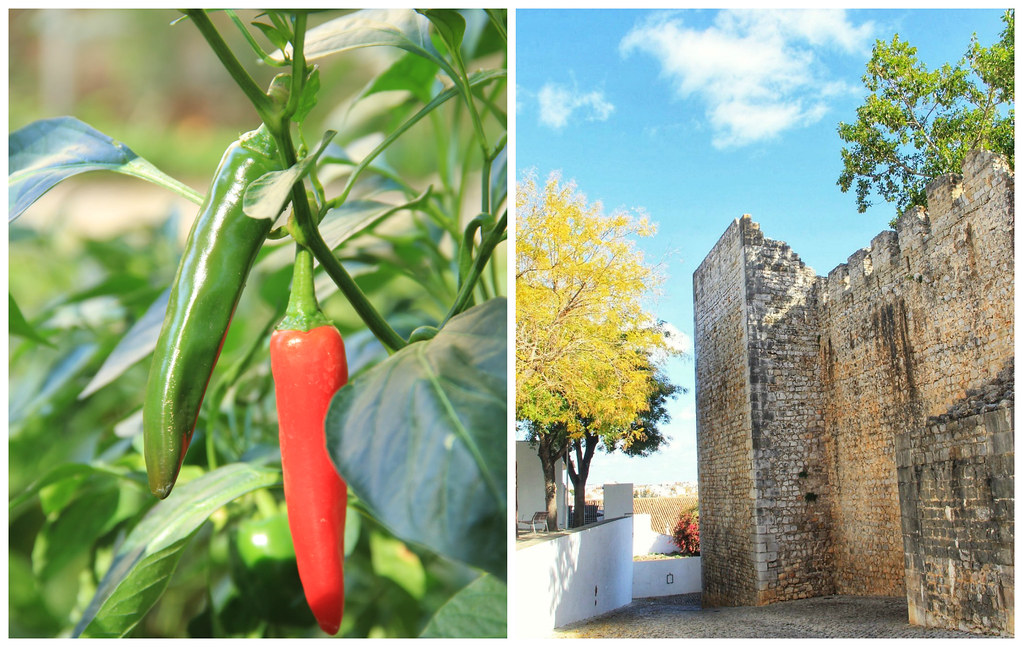 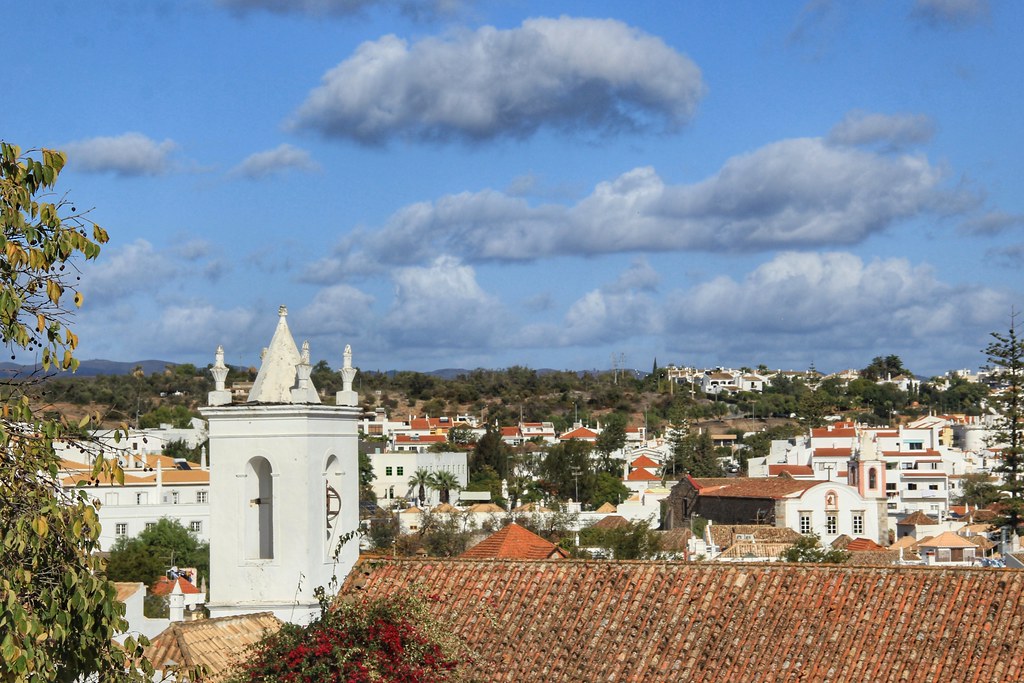 You can also enjoy a 360-degree view of Tavira from the camera obscura at the top of the old water tower.  Unfortunately it only opens Monday-Friday from 10:00-17:00 hours, and we visited Tavira on a Saturday, but I’ve heard that it’s well worth the €3.50 entry fee.

6 | Take a walk to the anchor cemetery

Being an avid fan of the quirky and unusual, I really wanted to see this.  But unfortunately, we just didn’t have time by only visiting Tavira on a day trip from Faro at the end of November, when daylight hours are significantly reduced.

This unusual sight is located just over six kilometres outside of Tavira, on Praia Do Barril in Santa Luzia.  You can either cross the pontoon from Pedras d’el Rei or take the bus to Santa Luzia for a longer, circular walk. You’ll need to allow at least two hours 40 minutes just to get there and back on foot. 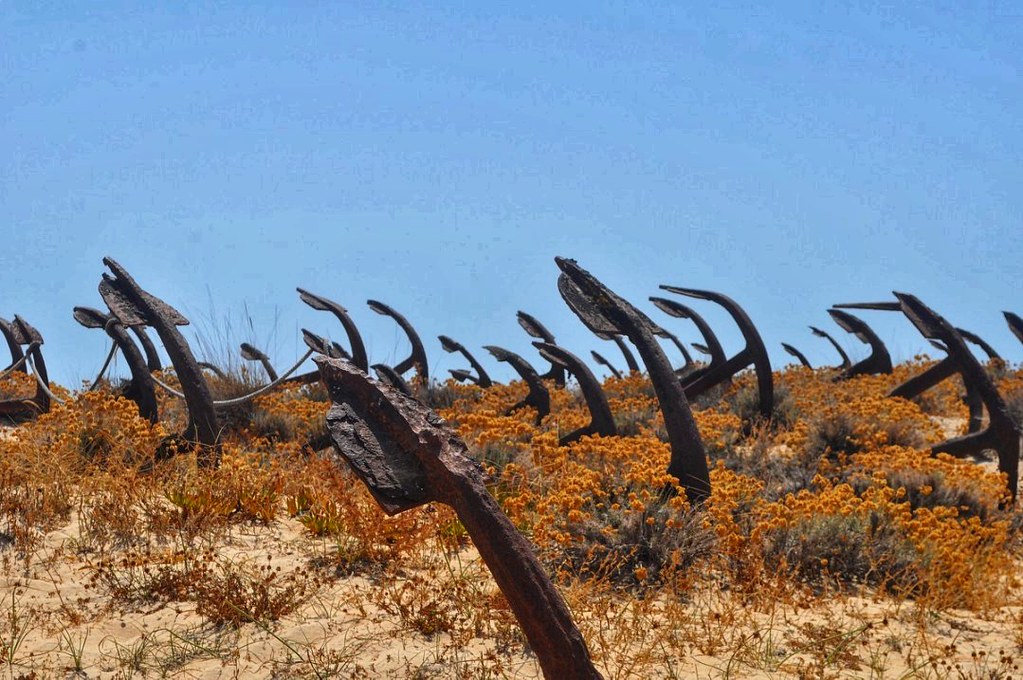 Where to stay in Tavira

When you’re considering day trips from Faro, Tavira is one of the easiest places to visit due to its proximity to the city.  However, if you want to be able to explore the town in more depth, you may wish to factor in an overnight stay.  We considered it, and as a result we did shortlist a few accommodation options, but in the end it just made better logistical sense to base ourselves in Faro for the full four nights.  It worked out slightly cheaper that way too.

However, if you’d like to stay in town, here is our shortlist of places to stay in Tavira.  All of these places can be booked through booking.com – some with free cancellation.

Alternatively, if you’d like to lay your head somewhere really unique, it’s possible to stay in a 16th century convent. The former Our Lady of Grace Convent near Tavira Castle has been transformed into a luxury hotel with a delightful cloistered courtyard.

This is just the outside of Pousada Convento de Tavira; imagine what it looks like inside! 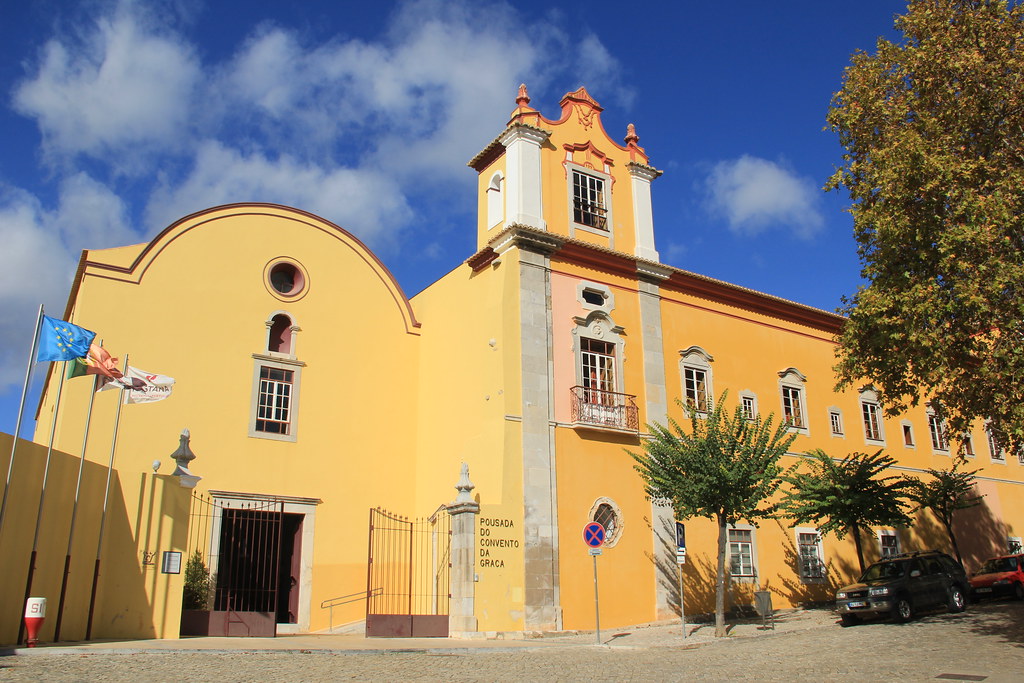 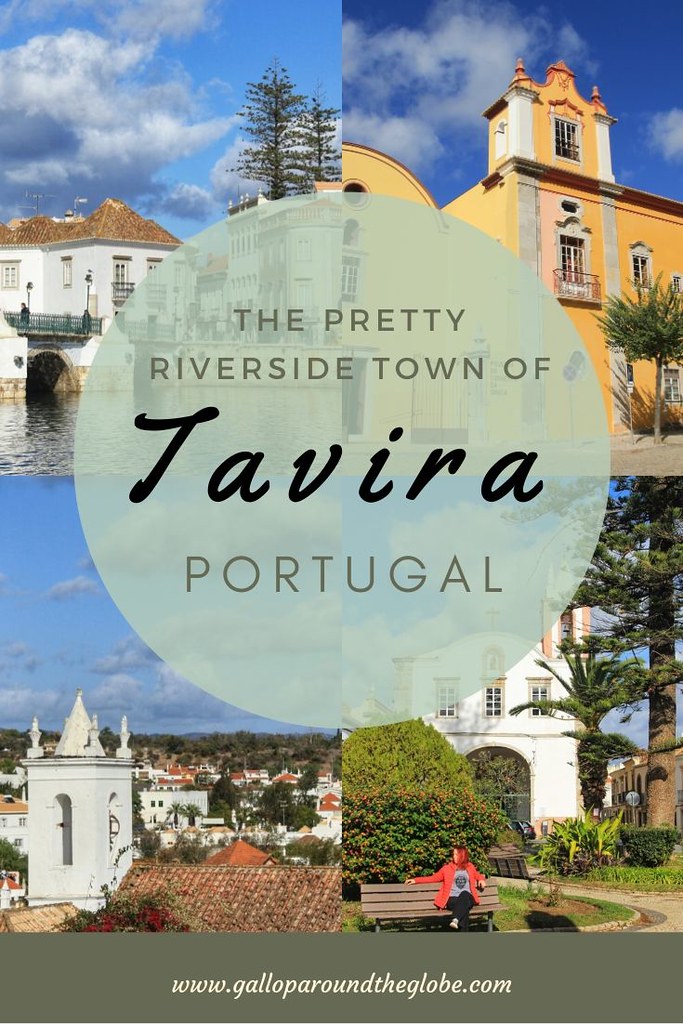 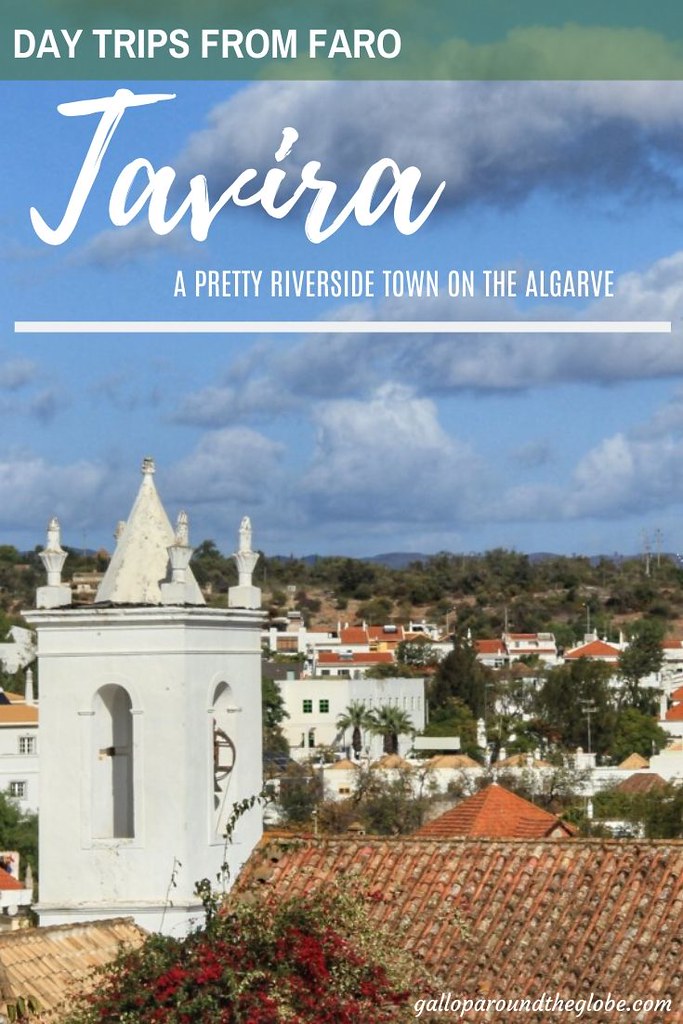 Things to Do in Faro: The Algarve’s Underrated Capital City