I’ve been to Prague twice now.  It’s one of those cities that I just had to return to, and would be quite happy to do so time and time again.

Its historical centre is probably one of the most photographed in Europe, yet its popularity has not detracted from the incredible beauty and charm of its iconic 14th century stone bridge that spans the lazy Vltava river, its hilltop castle, its inviting neighbourhoods, its vibrant cultural scene, and eclectic choice of dining and drinking options.

Prague is still up there, holding its ground, as one of the most desirable European cities to visit.

Strolling across Charles Bridge is everybody’s favourite activity in the city, so it does get crowded.  But this is when you’ll see the musicians busking and local artists and craftsmen selling their wares.  It’s a bustling centre of trade and entertainment, which is is part of its appeal.

If you want to experience the bridge at its most atmospheric, and at a time when there’s significantly fewer crowds, visit at dawn or dusk.

Prague’s skyline is dominated by the vast hilltop complex of Prague Castle, a complex which is home to the Gothic Cathedral of Sv Vit (complete with lookout tower), the medieval Old Royal Palace,  and numerous art galleries and museums. It’s incredibly easy to spend a whole day up here, and in my opinion it’s a day well spent, especially when you consider that it’s completely free of charge to wander around the castle grounds until your heart’s content.

There are two types of multi-entry ticket available for the sights within the castle, and whilst it would be a shame to pass up the opportunity to see some of these sights, it’s quite nice to know that you don’t have to.  We timed our visit perfectly to catch the changing of the guards, we embraced the fairy-tale charm of Golden Lane, marvelled at the vast array of weaponry and instruments of torture on display at the medieval museum, watched a Blacksmith at work, and explored the dark, macabre interior of the Convent of Sv Jiri.

As Prague’s neighbourhoods go, this is one of my favourites.  Mala Strana sits below the castle, and it was through its peaceful, hilly, cobbled streets, that we chose to walk back towards central Prague.  Being situated on the west bank of the Vltava River, and not being somewhere you automatically pass through on route to or from any of the city’s major sights, Mala Strana sees surprisingly few visitors.

The baroque church of Sv Mikuláš towers over this time-forgotten neighbourhood, where you can wander through a shaded riverside park with views across to Staré Město, dine at one of the quirky, genial cafes, or watch trams trundle down otherwise empty roads.

Prague’s old town square, Staroměstské Náměstí is the traditional heart of the city.  It’s home to two of Prague’s most photographed attractions, the first of which is Tyn Church, an imposing Gothic structure that commands attention as soon as you catch sight of it.  It looks like it’s been plucked straight from the pages of a dark 15th century fairy tale, its twin spires rising high above the pastel-fronted buildings that otherwise block its facade.

The second is Prague’s famous Astronomical Clock, whose hourly mechanical performance manages to intrigue and delight thousands of tourists every day.  Every hour on the hour little figures of the apostles shuffle past the top two windows, bowing to the audience.  A story then ensues involving the characters of Death, a Jew, Vanity, and a turbaned Turk, who were – in medieval times – regarded as threats to the city.  Not only is this curious little show a joy to watch, but the clock itself is also a beautiful work of art.

Climbing the tower of the Old Town Hall will offer some incredible panoramic views across Prague’s old town, as well as an alternative perspective of the square down below.

The quirky and intriguing artwork

As you walk through Prague’s streets and into its bars and restaurants, you carry with you the impression that art and expressions of creativity are welcomed within this city.  Firstly there are the quirky sculptures, some of which have historical significance such as the Memorial to the Victims of Communism in Mala Strana, whereas others – such as the giant faceless babies that can be found crawling around Certovka, and up the sides of the Zizkov Tower – seem to be completely random and rather surreal.

Then there are the amusing artistic touches to be found in many of the city’s bars and restaurants.  There are the wrought iron goats which climb the brick walls inside the entrance to Kozika Bar (‘Kozi’ means ‘goat’ in Czech) , and the papier mache figures which sit around a table inside an old television, sharing a plate of noodles, in Bar Bar Restaurant.

Prague has it all: traditional beer halls, atmospheric underground bars, where the conversation flows as freely as the alcohol, a healthy live music scene, and clubs which stay open well into the early hours of the morning.

The city is famous for its Jazz bars and clubs, of which my favourite was Ungelt, an intimate place in an exposed brick cellar located not far from the old town square. Normally it’s free to come in and have a drink in venues like these but sometimes you’ll pay a fee to see the artist performing that night (the performance normally takes place in a separate room.)

Like Ungelt, many of Prague’s bars are located in the basements of its buildings. So you can be strolling along the city’s streets at night, completely unaware of the hidden world which lies beneath your feet. This sense of mystery and intrigue appealed to me.

If you like atmospheric, alternative haunts full of character and genial, late night conversation and cheap beer, be sure to check out Ujezd (a three-story bar just over the bridge on the west bank of the river, with battered wooden chairs, a thick smoky atmosphere, interesting – sometimes curiously bizarre – artwork on the walls, and a friendly, alternative, dreadlocked clientele), Atmosphere café and bar (frequented primarily by locals, this cool student hangout serves cheap, tasty food during the day and cheap beer in a crowded, dimly-lit basement at night), or Kozika (another late-night bar in a basement, this one was right next to our hostel on the edge of the Jewish Quarter so it made crawling into bed at 3am stress and hassle-free!)

Located between Prague’s old town (Stare Mesto) and the Vltava River, Josefov’s torrid history dates back to the 13th century, when the Jewish community in Prague were forced out of their homes and ordered to settle in this one particular area of the city.  Agreed, you won’t see the fairytale buildings of the old town here, or the colourful, empty streets of Mala Strana, but its past runs much deeper, and to skip this part of Prague is to miss out on a fascinating and essential slice of the city’s cultural history.

I’m a bit of an animal lover, so I’ve visited my fair share of Zoos throughout the world, but this is definitely one of the better ones.  There’s a diverse range of animals, spacious, thoughtfully constructed enclosures, and beautifully landscaped surroundings.   Although it is possible to walk here from central Prague, and the journey takes you through some lovely green, wooded areas, it is a long walk.  So, for convenience, and to give you more time with the animals, I’d advise catching the bus (number 112) from Nadrazi Holesovice.

Ok, so it’s not traditional, cultural, historical, or authentically Czech, but it’s a great way to get up close to some of your favourite animals (for me, it’s monkeys and reptiles, and cats!), and to some of the more unusual species too, such as Giant Tortoises, Red Pandas, Komodo Dragons, and a variety of different bats.

As someone who is a bit of an aimless wanderer, who is intrigued and fascinated by art and culture, passionate about music, and a sucker for beautiful architecture, is it any wonder that, despite its popularity, Prague continues to be one of my favourite cities in Europe? 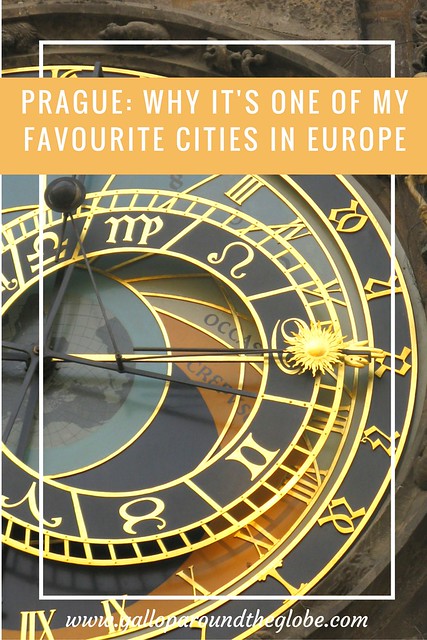 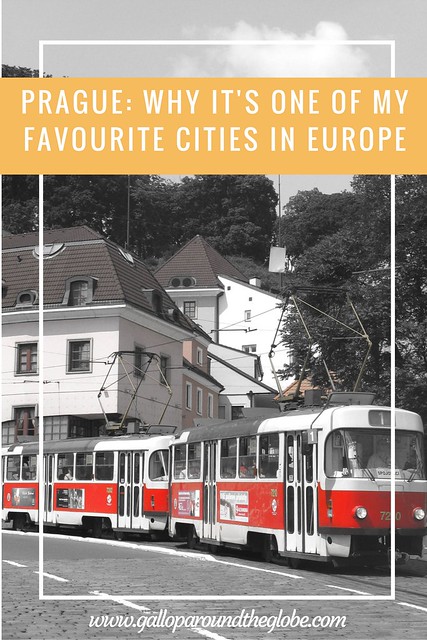