Of all of the destinations we visited whilst backpacking down Croatia’s coastline towards Dubrovnik, Hvar was one of my favourites.

From well-preserved historic towns and villages to rolling, lavender-covered hills, picturesque harbours, imposing fortresses, and quirky eateries, Hvar succeeded in pulling out all the stops to satisfy my passion for beauty and adventure.

Jadrolinija and Krilo run catamaran services regularly from Split harbour to Hvar Town, and the journey takes approximately one hour.  Split is easily accessible by bus from Zadar to the north, and Dubrovnik to the south.  Once you’re on the island, the easiest (and cheapest) way of getting around is to hire a scooter.  Our apartment was located right next-door to a scooter rental outfit, and as guests of Villa Zorana, we were entitled to a rather tidy discount.  So, obviously we took advantage of that fact.

Incidentally, I would also have loved to have toured the island in this, which is possibly the coolest VW Beetled I’ve ever seen. 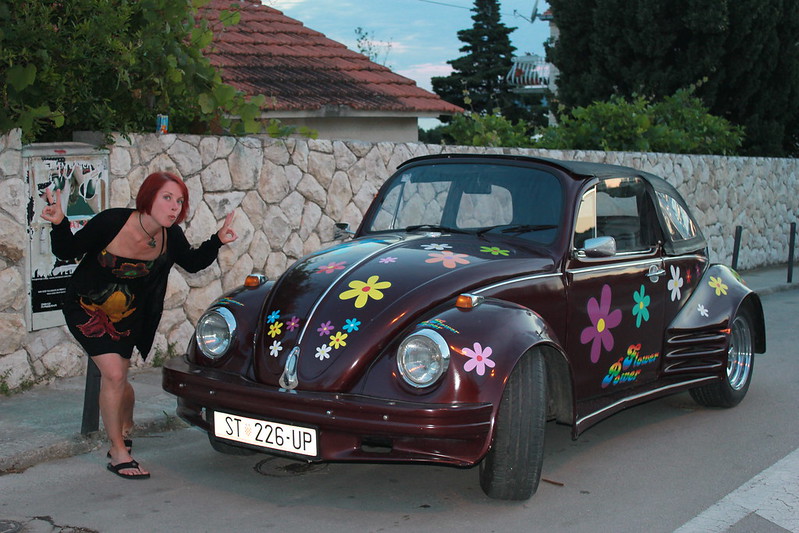 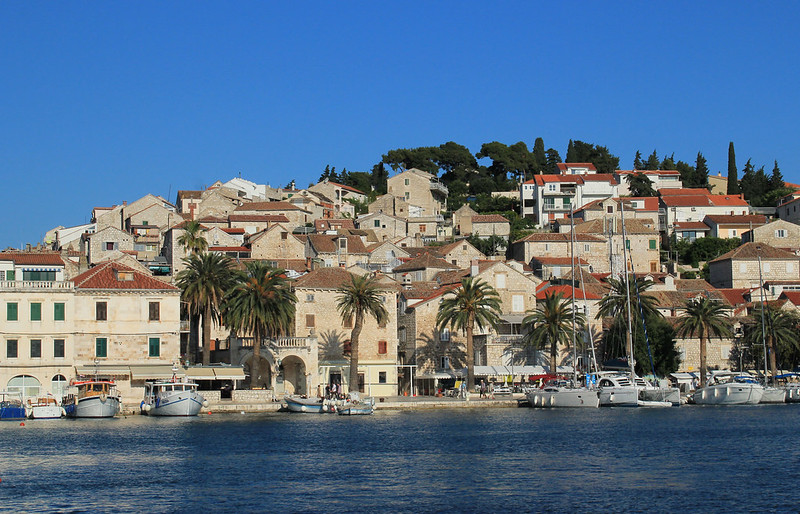 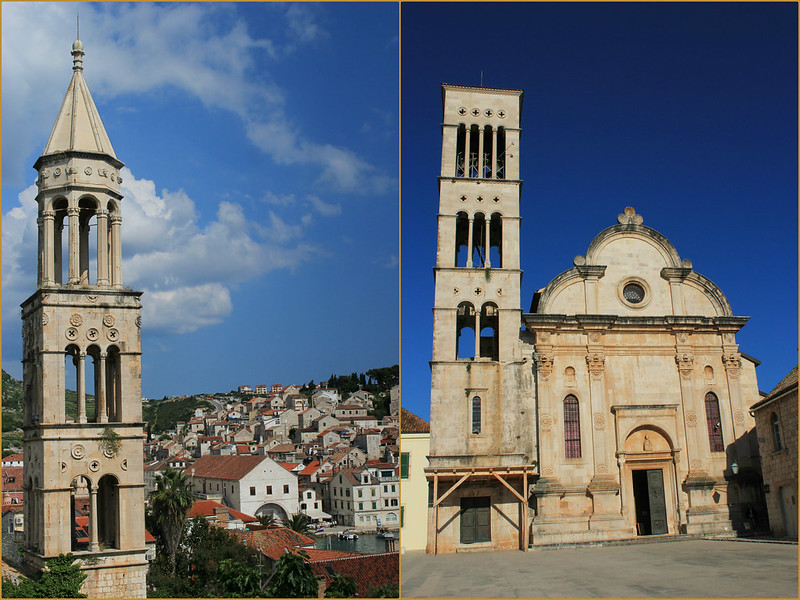 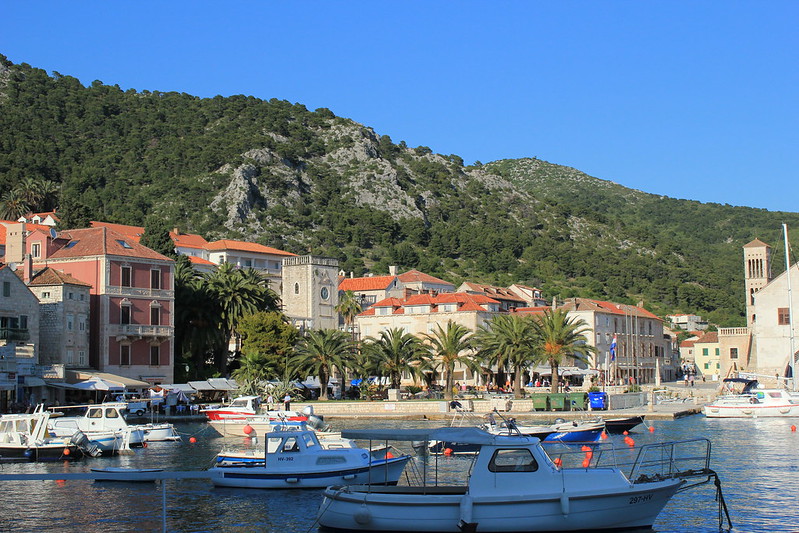 It’s also where you’ll find a daily influx of around 20,000 visitors during the summer months, who come to the island to over-indulge in its bountiful sunshine and late-night drinking options.  So avoid travelling to Hvar in June, July and August if at all possible. 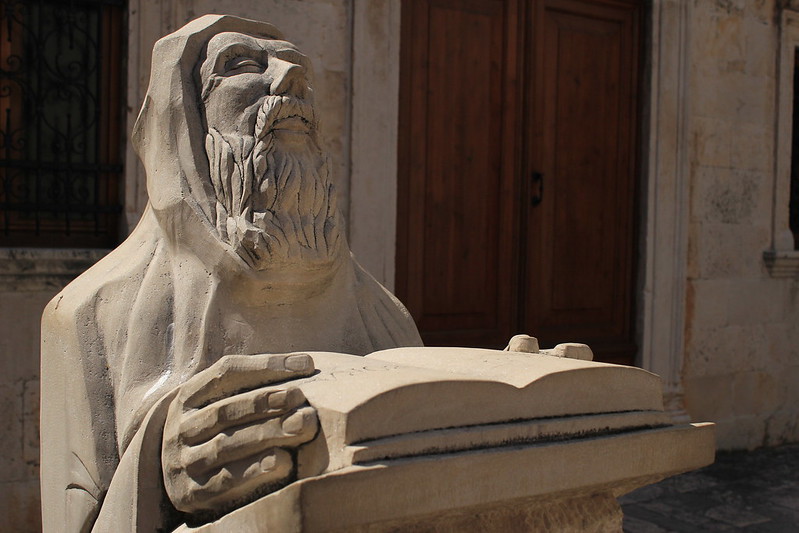 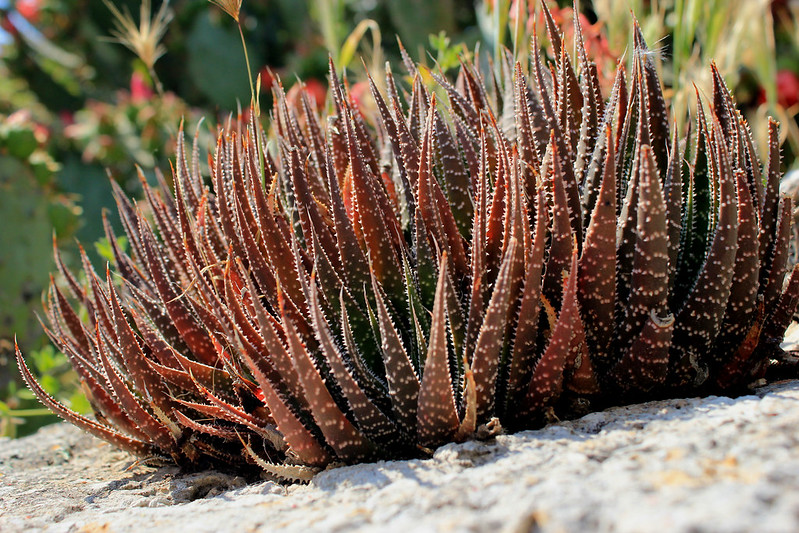 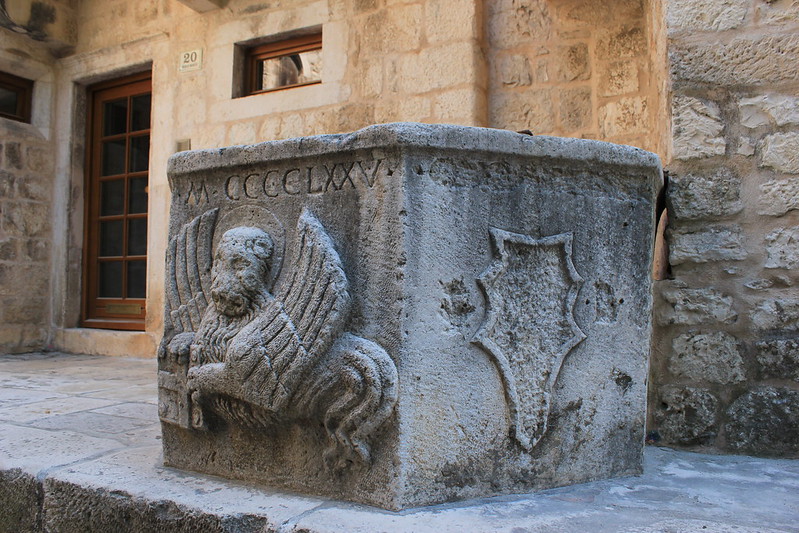 We visited in May and whilst we did find plenty of bars, cafes and restaurants that wrap themselves around the harbour’s edge and spill out into the spacious town square, we didn’t feel that they overwhelmed the place.  They simply created an inviting, vibrant atmosphere, as well as offering us the chance to sample some top-notch local food in an authentic, atmospheric, and often quirky environment.

A hike up to the medieval fortress at the top of the hill.  Northwest of St. Stephen’s Square, you’ll find a flight of stone steps that lead up into a network of tiny streets above the harbour.  Keep climbing and you’ll eventually reach Hvar’s Fortress, (or as it’s known to the locals, Španjola), originally constructed at the beginning of the 16th century, strengthened by the Venetians in 1557, and subsequently renovated by the Austrians in the 19th century.

The fort holds an interesting display of exhibits from antiquity and the Middle Ages, but the real gem here is the incredible panoramic views it affords, of the town down below; of tall pine trees, red-tiled roofs, tiny white boats resting on rich blue waters, and the fertile Pakleni islands stretching out into the distance. 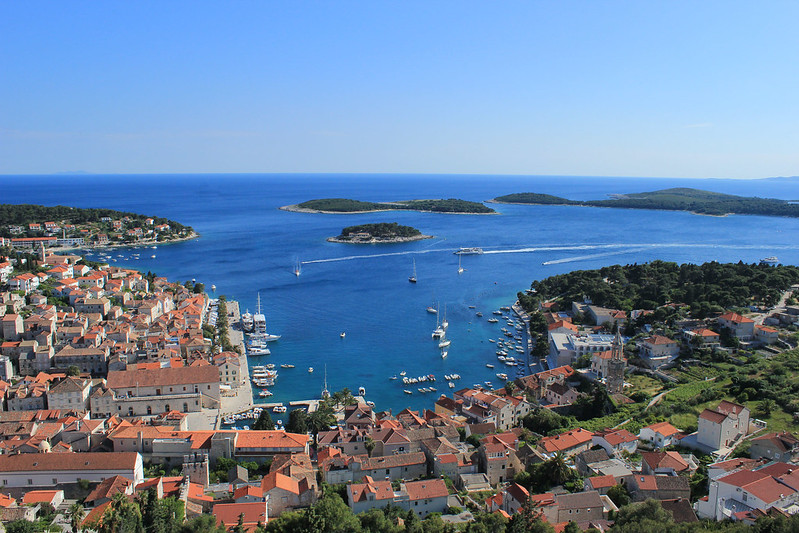 A meal at Konoba Menego.  Konoba Menego is a little hidden gem, located half the way up the flight of stone steps that connects the main square to the medieval fortress at the top of the hill.  It started off as a family-run business, and still feels very much so.  The decor is wonderfully rustic, with lots of quirky touches: the menu spines are made of driftwood, hammers and axes, and the bill arrives rolled up and placed through the hole in a pebble. 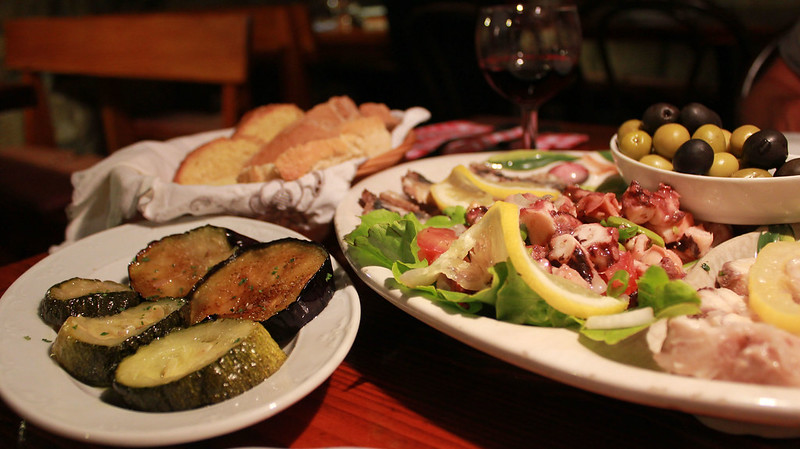 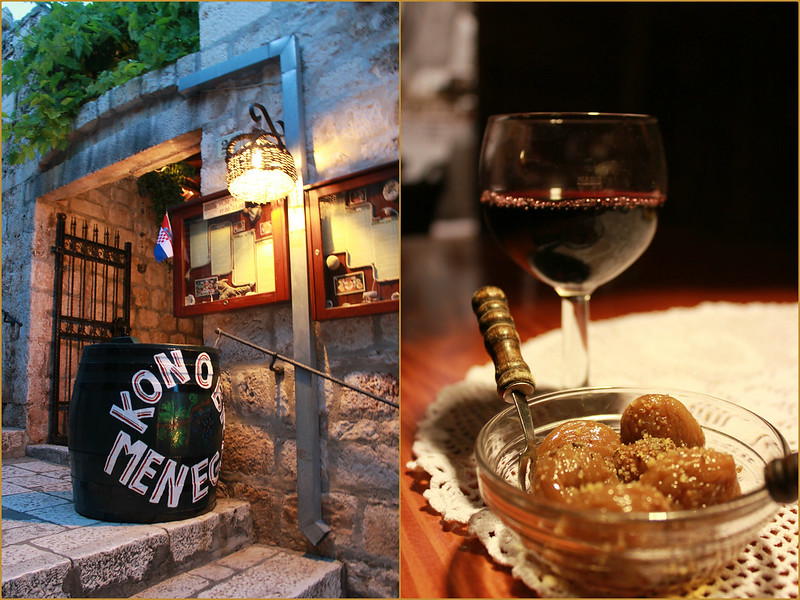 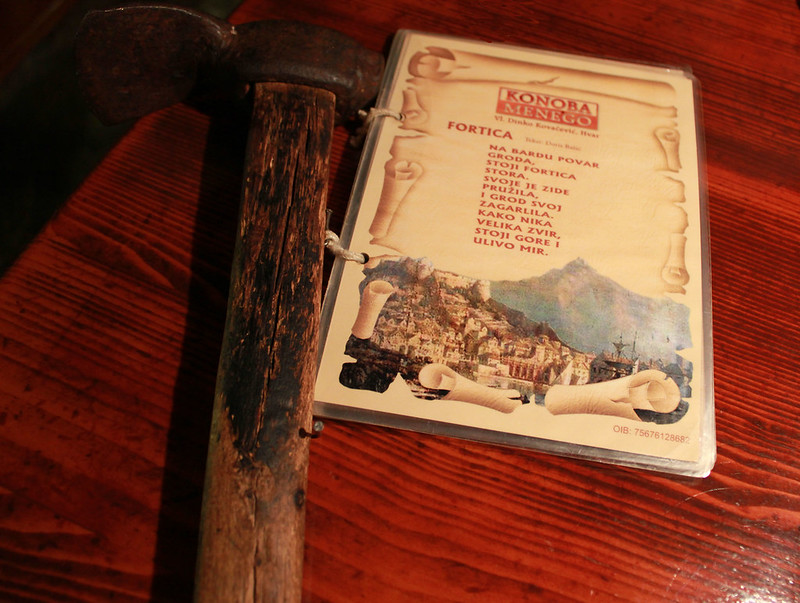 There is a menu but the waiter will always offer a ‘Chef’s Surprise’ – you tell him what you like and don’t like and he’ll come up with a tapas-style sharing platter for you.  Everything tasted very fresh, and the flavour combinations were perfect.  Don’t leave without trying the ‘Drunken Figs’ on the dessert menu.

Hvar’s oldest town is Stari Grad (literally “old town”), on the northern side of the island.  It is also apparently one of the oldest towns in Europe, and it was therefore obligatory that we parked up and had a little wander around. 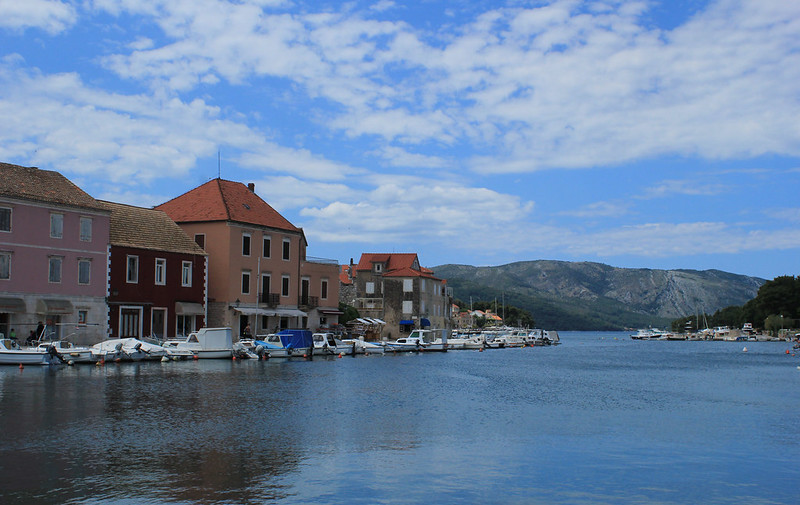 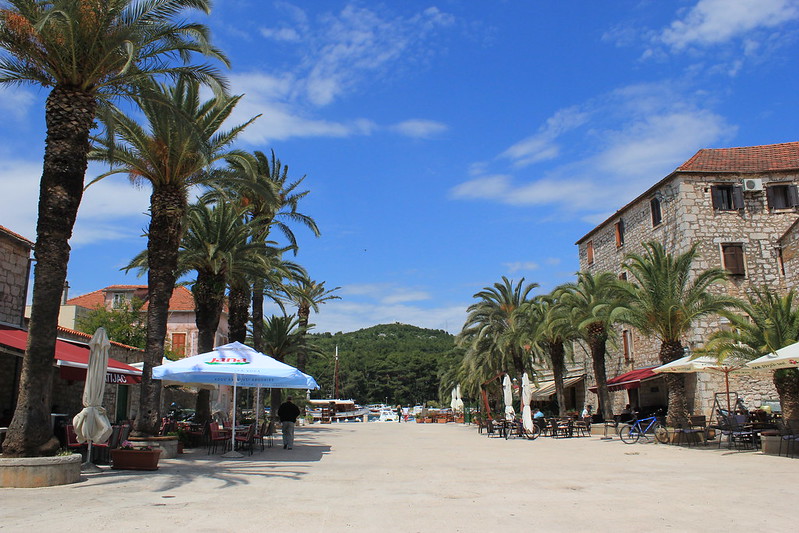 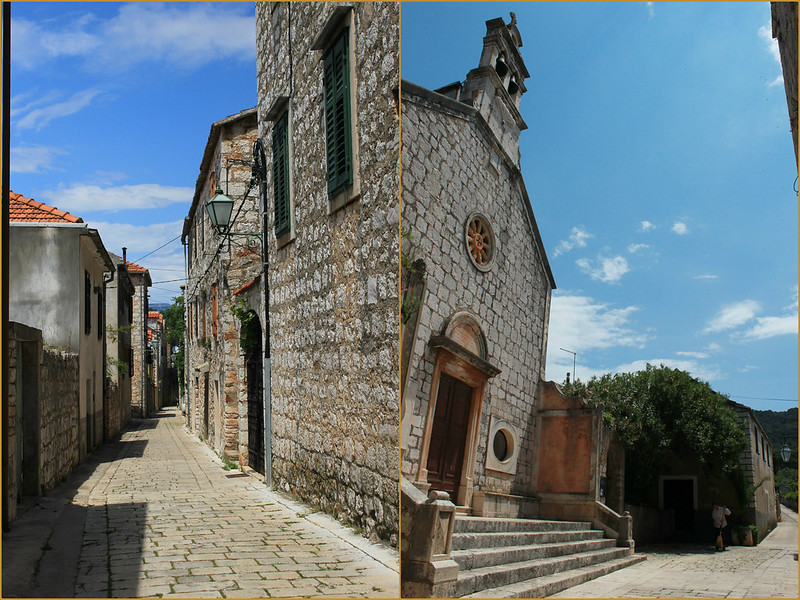 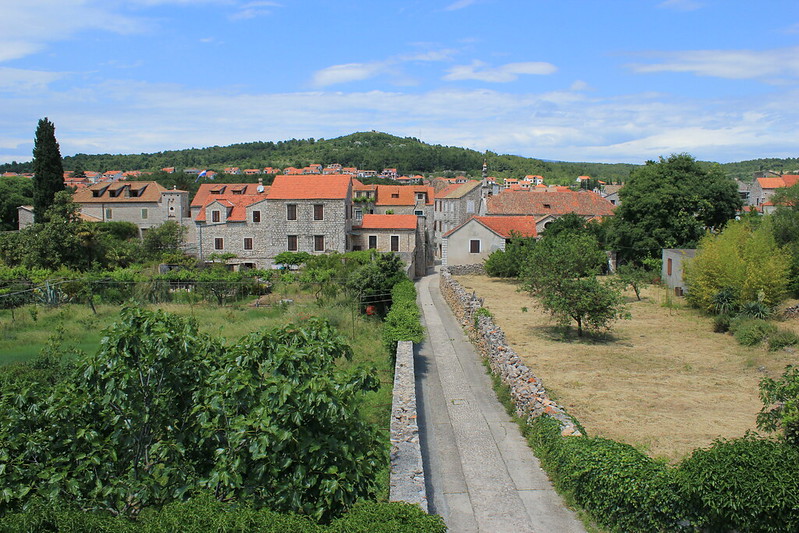 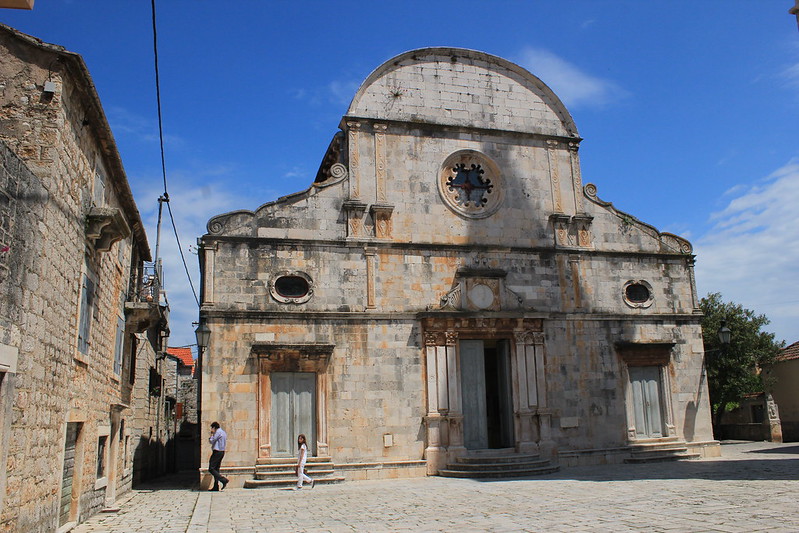 With its colourful painted houses that line the harbour’s edge, its mountainous backdrop,  its ancient, deserted streets, and its castle (although we had to satisfy ourselves with a peak through its large entrance gates due to it being closed for the afternoon on the day of our visit), I’m very glad we chose to take a couple of hours out of our island tour, to spend here.

Located in the middle of the northern coast of Hvar and protected on either sides by the two highest mountains on the island, St. Nikola and Hum, Jelsa is a quiet, appealing town surrounded by pine forests.  It’s the only place on the island with an abundance of fresh water, and the agricultural plain (Starigrad Plain) lying to the west of Jelsa is actually a UNESCO protected world heritage site. 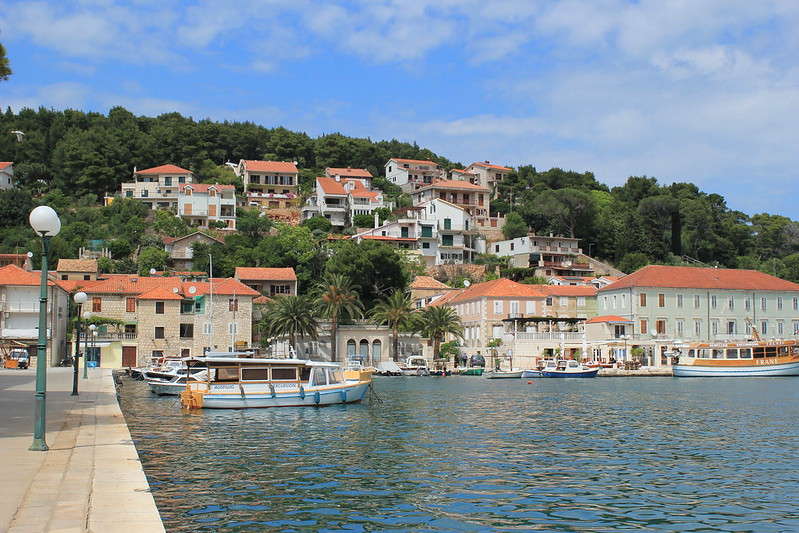 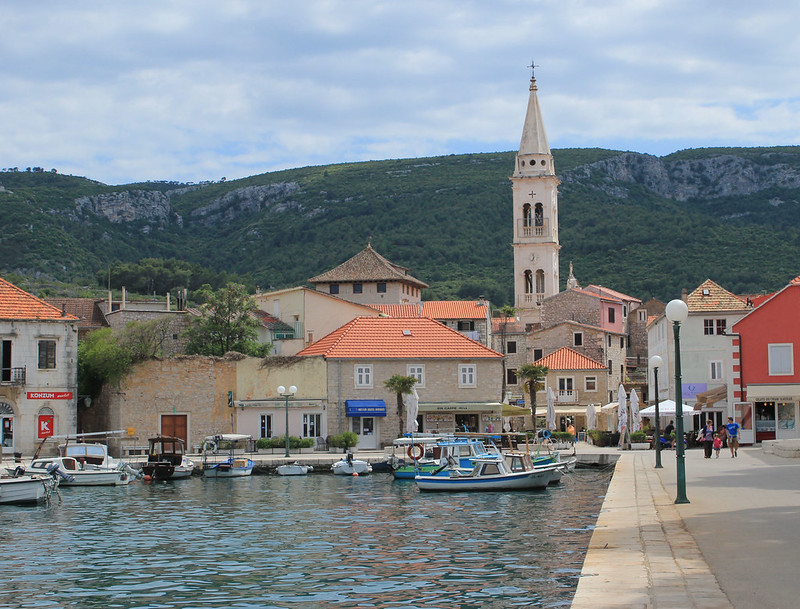 The farther we travelled from Hvar Town, the more we really started to appreciate the beauty of the island’s verdant, largely unchartered landscapes. Towering peaks and rugged mountains, gorgeous beaches with tiny inlets and secluded coves, 15th century villages, abandoned hamlets and stone hideaways, and the aromatic scent of rosemary, heather and lavender lingering on the breeze. 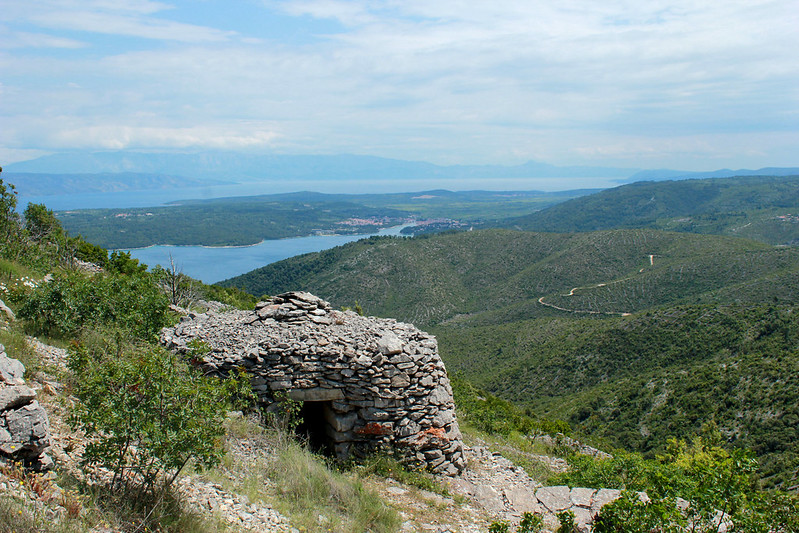 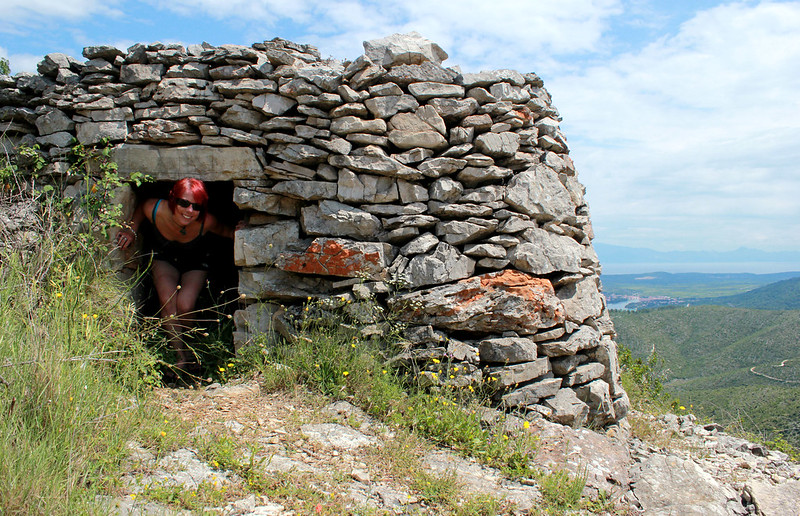 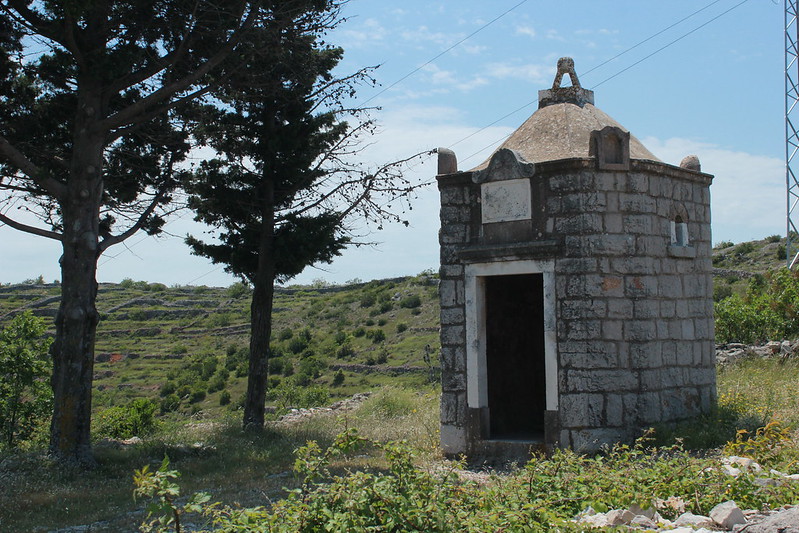 And the beauty of travelling around the island by scooter, was that we could stop wherever we liked to photograph the stunning vistas that surrounded us in every direction. 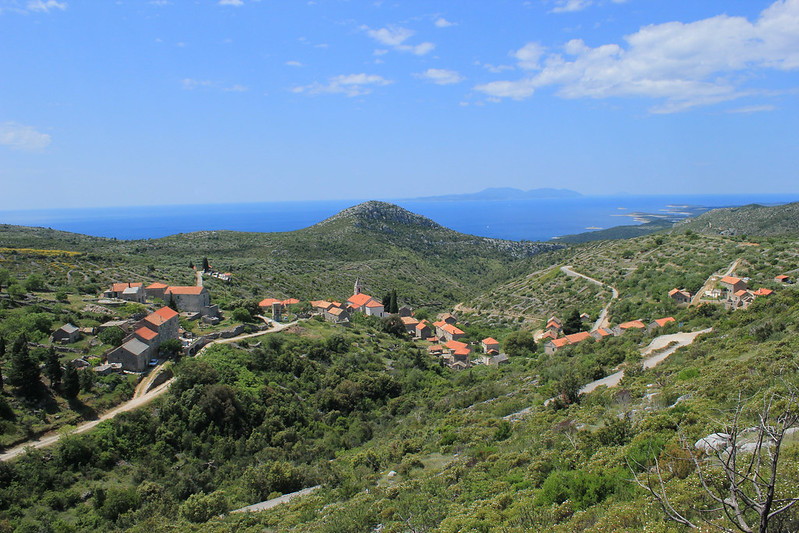 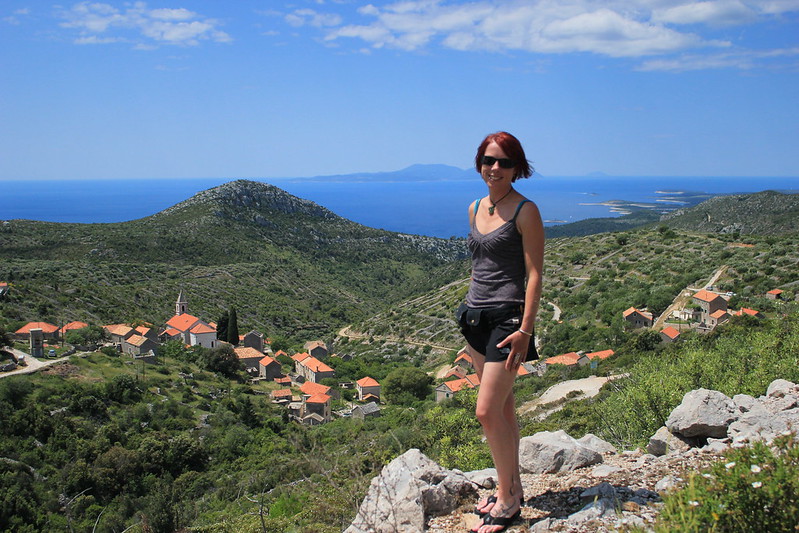 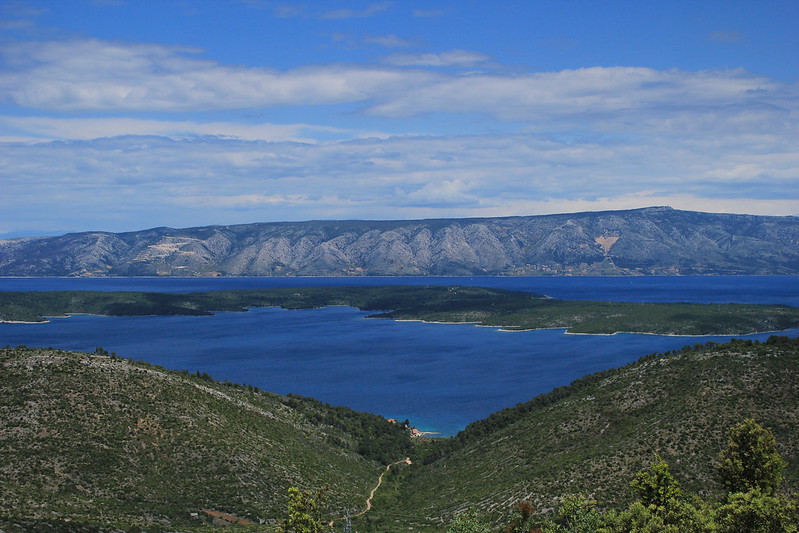 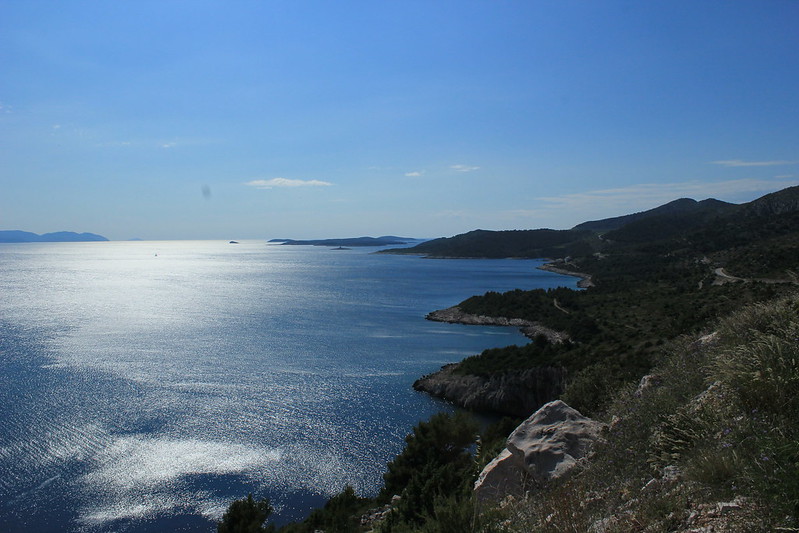 Have you visited Hvar before?  Is it somewhere you’d like to explore? 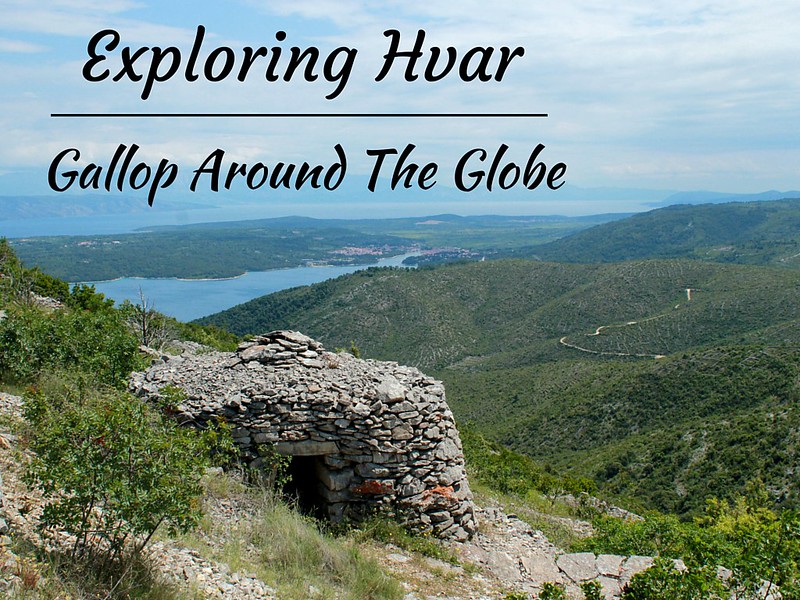 A Perfect Wintery Weekend in Riga, Latvia – Gallop Around The Globe

Enjoy a Night on the Town at These NYC Venues