Whilst we were trying to decide which Thai islands we wanted to visit following our two-day jungle adventure in Khao Sok National Park, Stu happened upon a Facebook post that one of our Inca Trail trekking companions had published.

In it was a photo of James Bond Island (as it’s become known since being featured in ‘The Man with the Golden Gun’ in 1974), and immediately Stu decided that he wanted to go.

Although boats have been prohibited from approaching Ko Tapu since 1998 (in order to protect the limestone rocks on or near the islet), it is still possible to get within swimming and photo-taking distance of the island by booking a boat trip around the bay.

We were staying on the still relatively undiscovered island of Ko Yao Noi, and booked our trip through the guest house we were staying at – Sabai Corner

Here’s what the island looks like in perfect weather conditions and when taken by someone who knows how to use their camera a little better than I do: 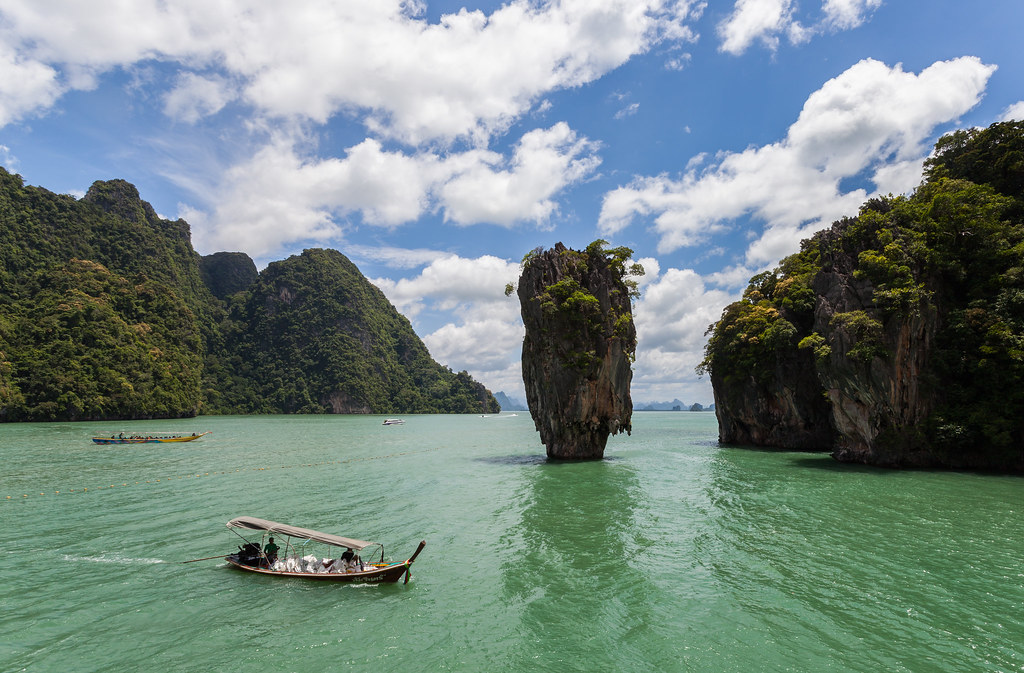 Although we were visiting during Thailand’s dry season, unfortunately we weren’t very lucky with the weather on the day we decided to explore Phang Nga Bay.  Truth be told, it had been cloudy and overcast with persistent periods of prolonged heavy rain ever since we arrived in Krabi a few days beforehand, so we could’ve been waiting a long time for the skies to clear.  And we didn’t have a long time.  So we booked the boat trip anyway.

And as is the case with many a famous landmark or tourist attraction, James Bond Island looks so much smaller and less impressive in reality.

In fact, I’d even go so far as to say that – in spite of the efforts made to protect the limestone rocks on the islet – it is actually smaller now. 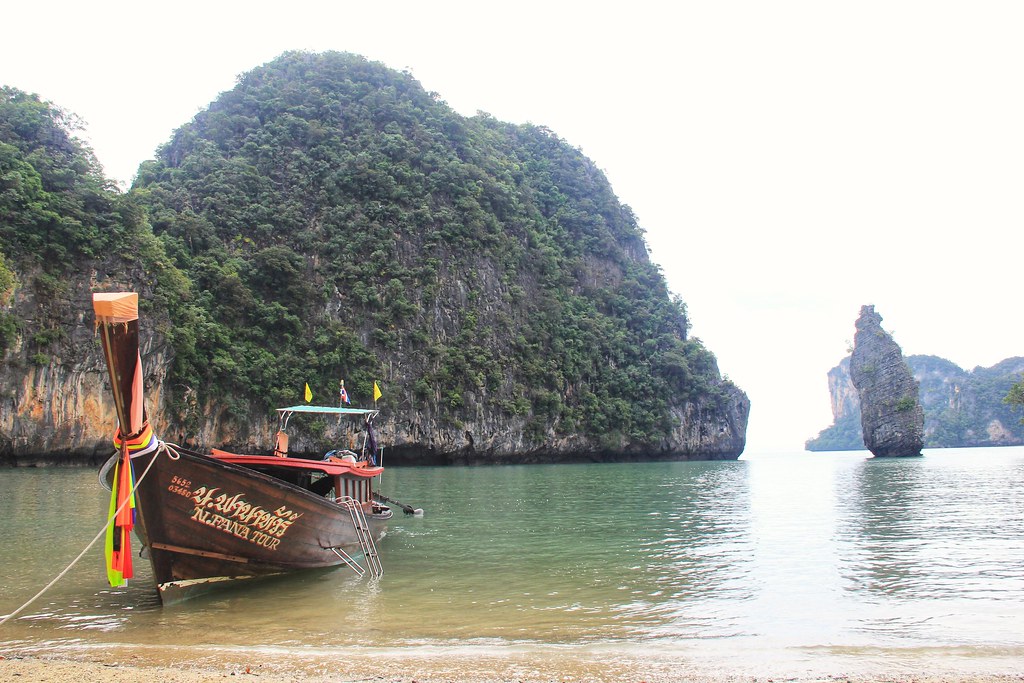 But fortunately there is a lot more to a boat trip around Phang Nga Bay than simply visiting a shrinking limestone islet.

You can explore beaches where the sand is made of shells

Ok, so the sand here may not be the most comfortable to walk on (although it’s not actually as bad as you may imagine it to be), but it’s definitely unusual, and undeniably beautiful.  Especially when you scoop a handful in your palm and take a closer look. 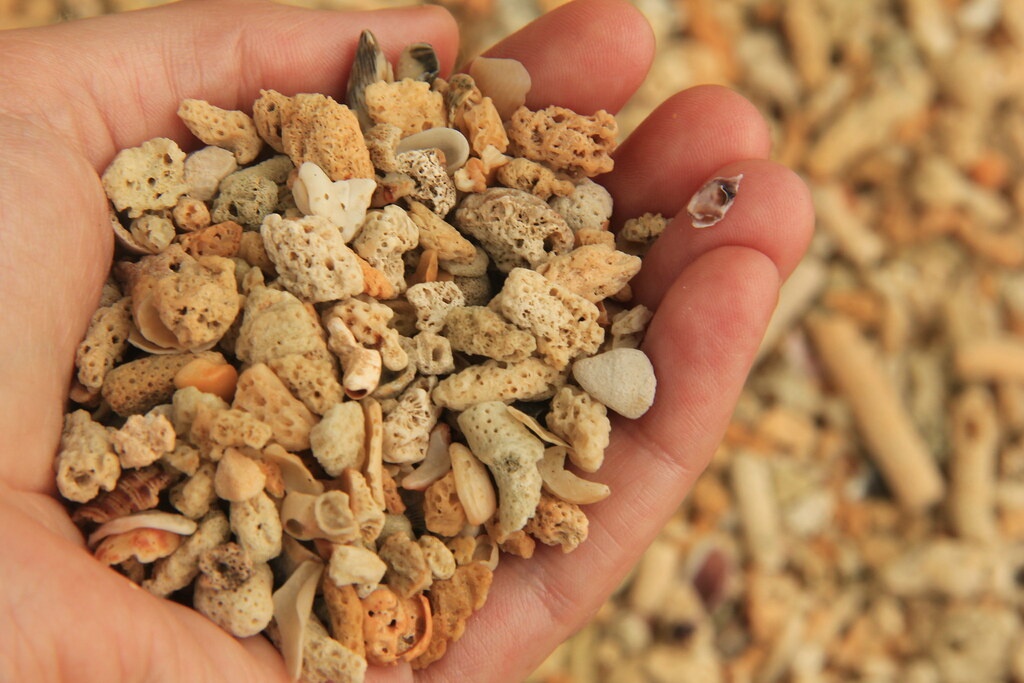 You can search for Flying Foxes in mangrove forests

For those of you who don’t know, Flying Foxes are not actually foxes, they’re bats.  Flying Foxes (scientific name: Pteropus vampyrus) are the largest bat species in the world (with a wing span of up to 1.8 metres) and live in the tropics and subtropics of Asia.  I’d only ever seen them on nature documentaries prior to this trip.

I was so fascinated watching them roosting in the trees that I failed to notice that my feet were sinking further and further into the wet mud upon which I tentatively stood.  I almost had to leave one of my flip flops behind, in order to catch up with the rest of the group. 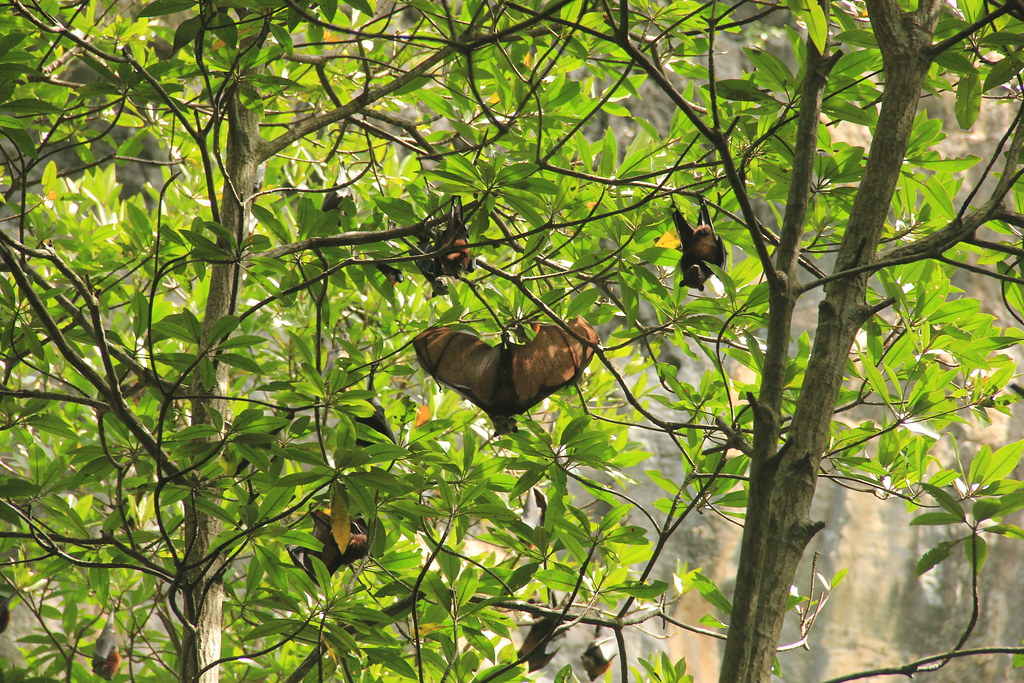 You can go fishing

Granted, the fish you’ll catch aren’t the biggest in the world and you unfortunately won’t get the opportunity to cook and eat any of them after the trip, but you still get to try your hand at fishing.  And that’s a lot of fun. 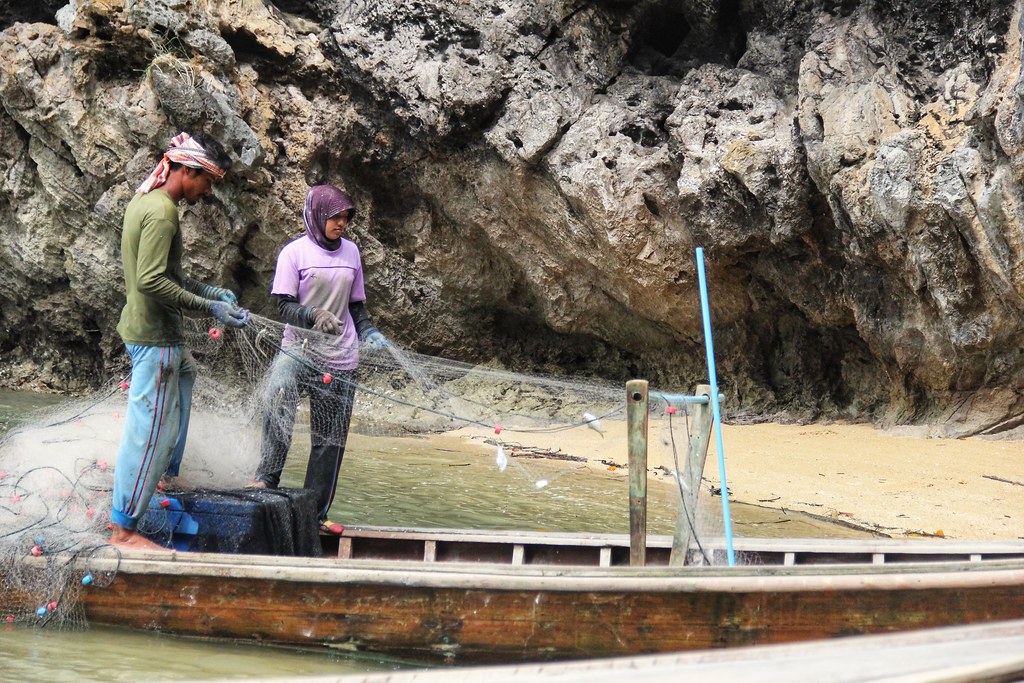 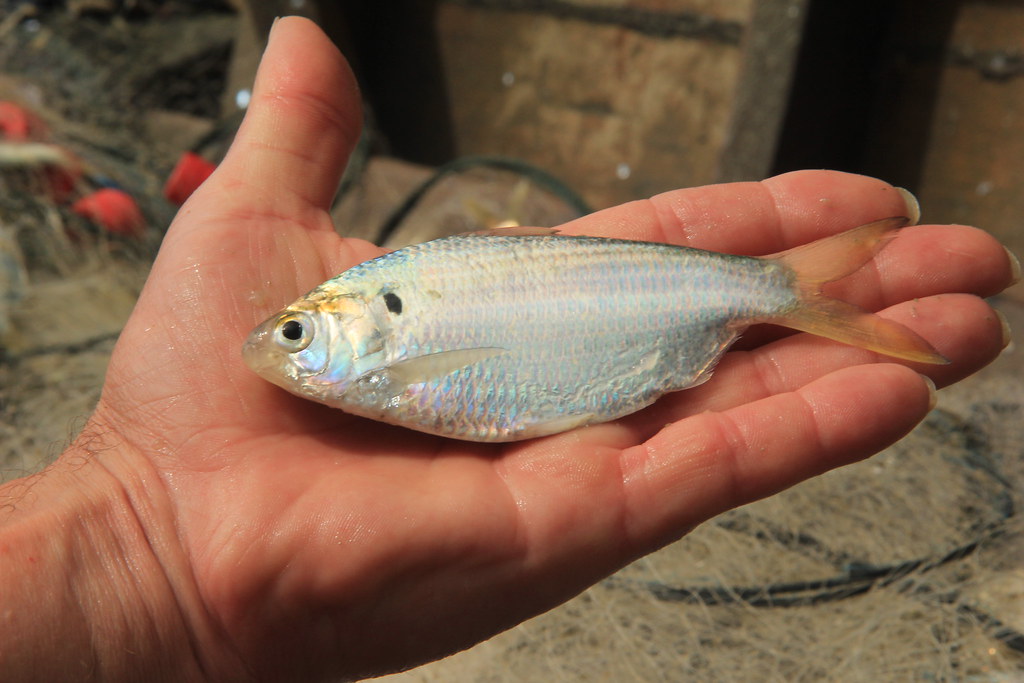 You can find monkey ladders and butterflies

Seeing as though we didn’t really have the weather for sunbathing on the beaches of the islands we moored up at, I chose instead to disappear into the undergrowth in order to go in search of some alternative photo opportunities.  Unlike beach and island focused landscapes, plants and flowers don’t require sunshine and clear skies in order to look good.

I first discovered monkey ladders (a type of woody vine) in The Pier (an interior design, homeware and furniture store in the UK).  They stood in a tall ceramic vase alongside a selection of dried flowers and grasses, and I was drawn to their unusual, twisted design.  Years later I was overjoyed to find them growing in their natural habitat in northern Thailand, and ever since then I get excited every time I see them. 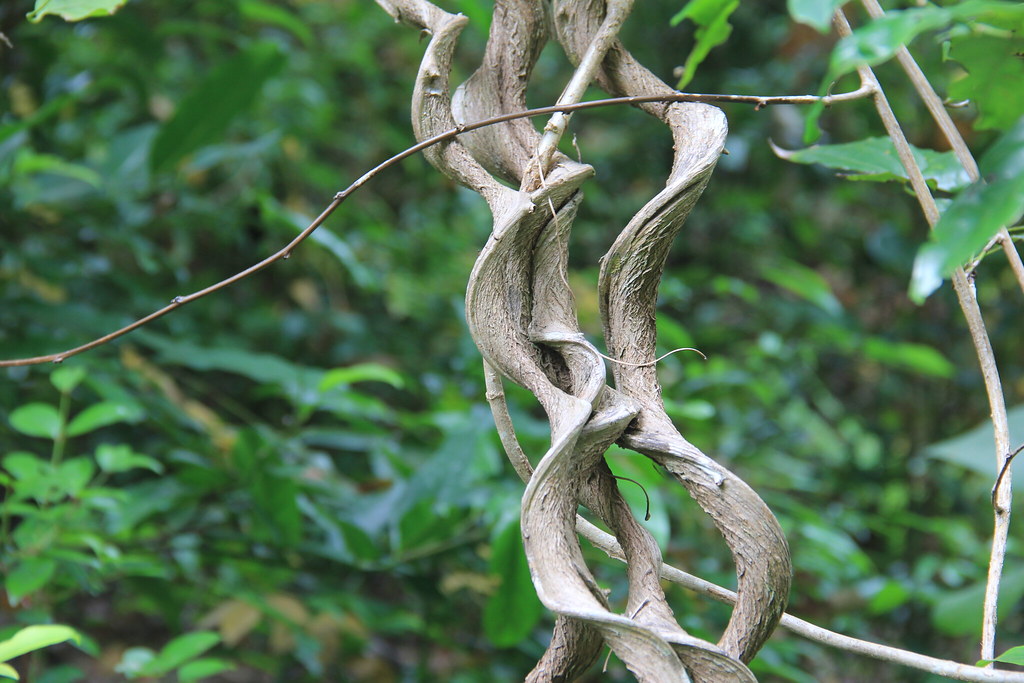 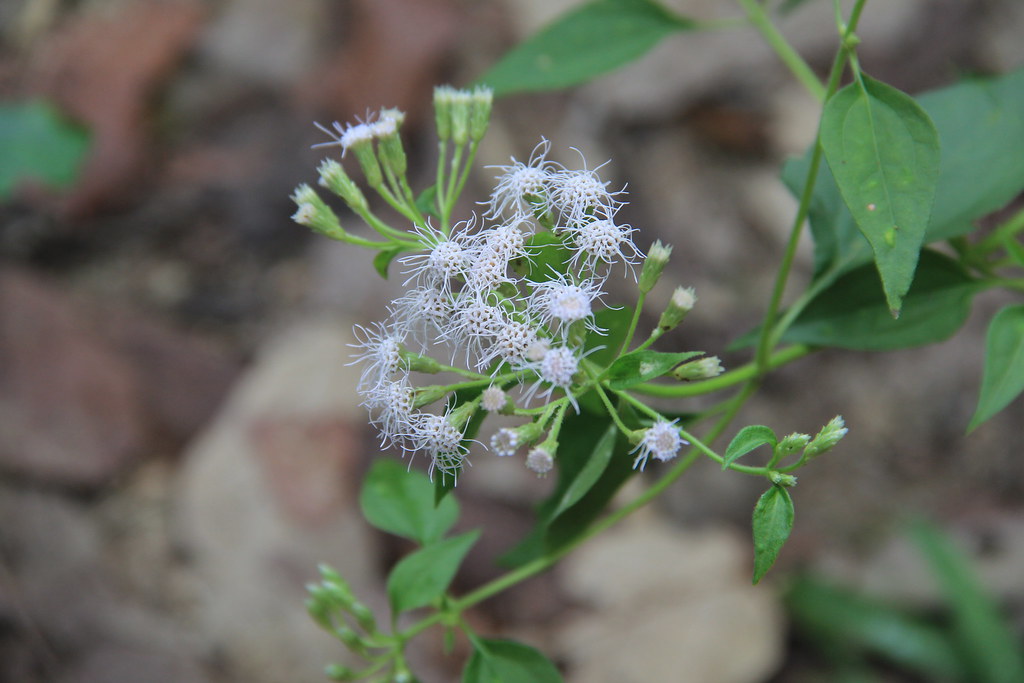 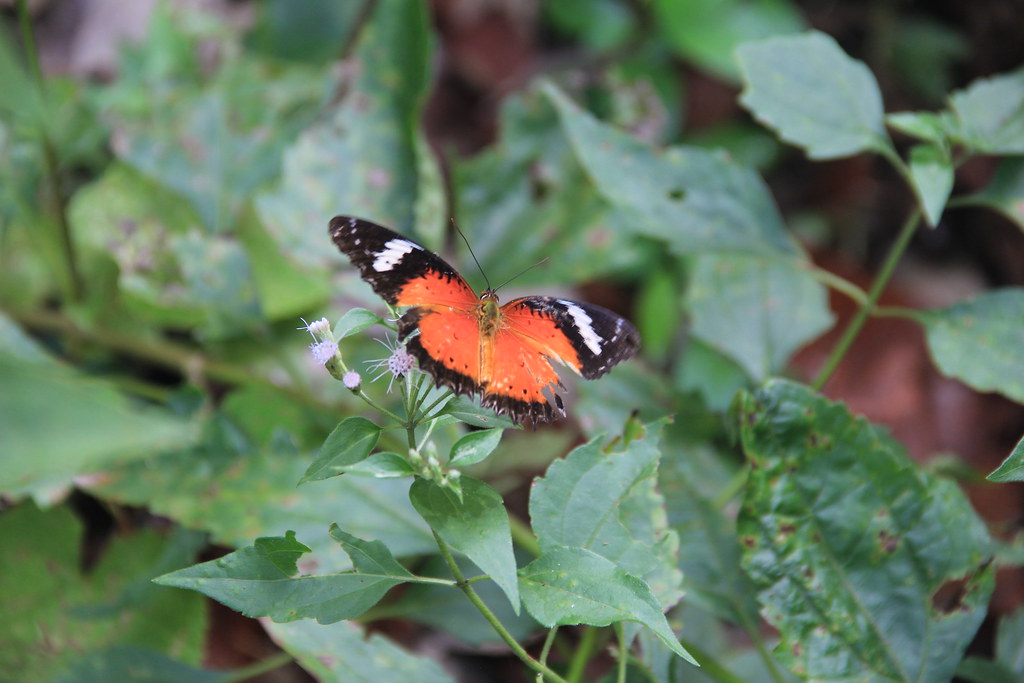 You can marvel at unusual rock formations and caves

Phang Nga Bay is full of unusual rock formations and caves, and whilst James Bond island alone may not live up to your expectations, the sum of all that the bay has to offer definitely has more of a chance of doing so.

Many of the large rocks we encountered were hiding caves behind their external walls, and I absolutely loved exploring these. 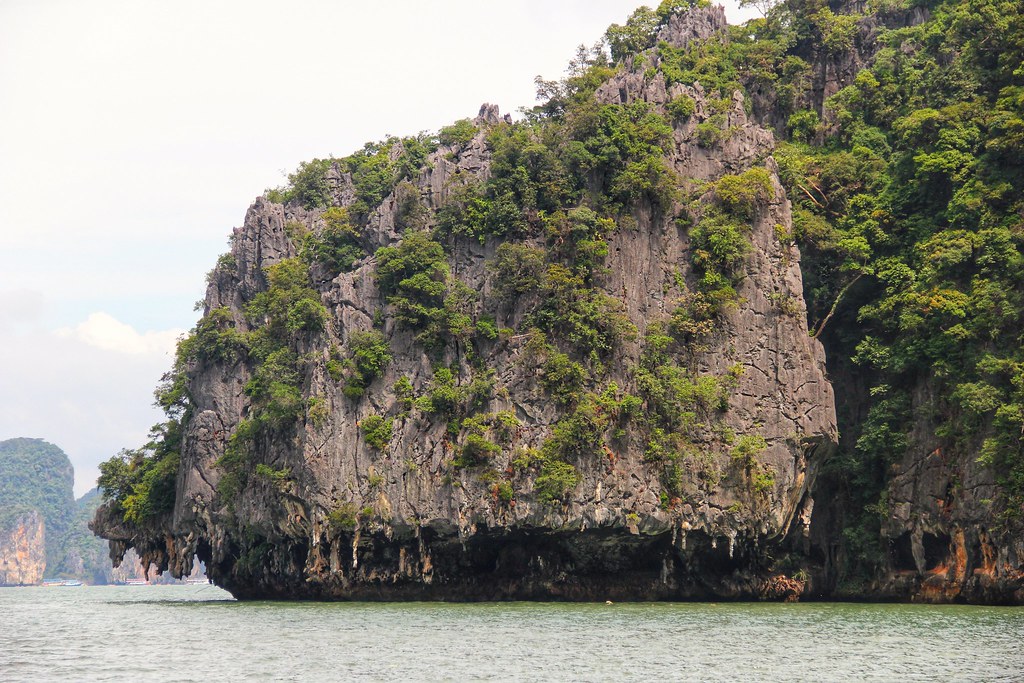 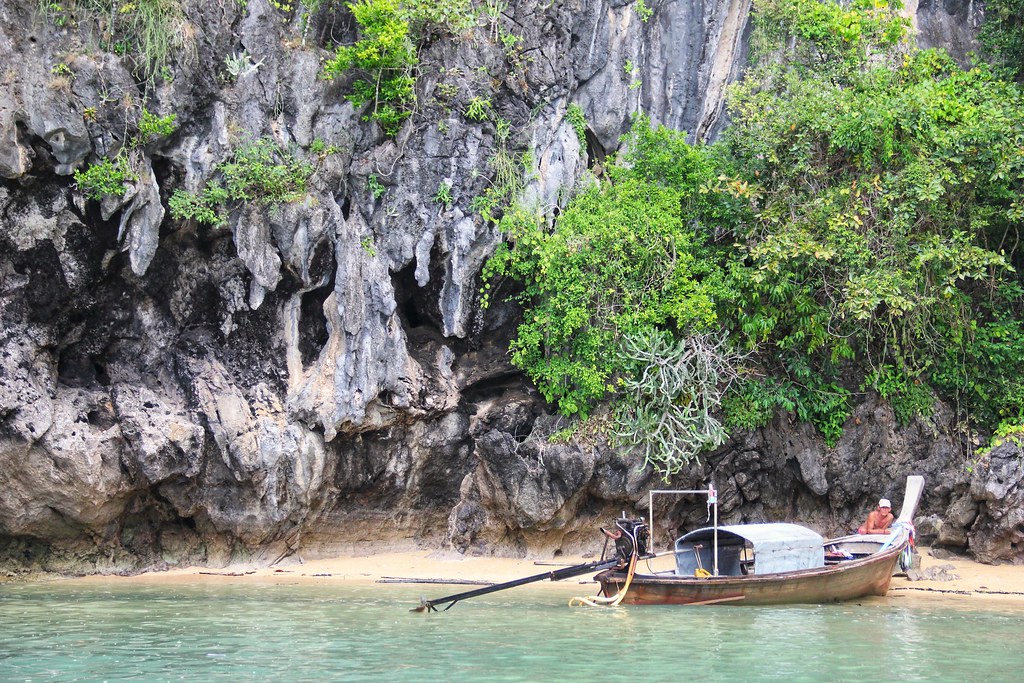 Whilst the light was not good enough inside any of them to take any decent photos, take my word for it that they’re worth a peek.  Just remember to bring a head torch.  The ground inside can be quite slippery in parts – especially when there’s been a lot of rain in the area – so it’s advisable to be able to see exactly where you’re putting your feet.

You’ll get plenty of opportunities to swim and snorkel

The waters weren’t as warm as we’d hoped and the recent storms had shaken up the sand and silt on the sea bed, making visibility somewhat poor. However don’t let that discourage you; we were just unlucky.  The weather is ordinarily dry at this time of year (December) and the sea reliably calm, so make sure you wear your bikini or swimming shorts and pack a snorkel (although there will probably be spares available onboard). 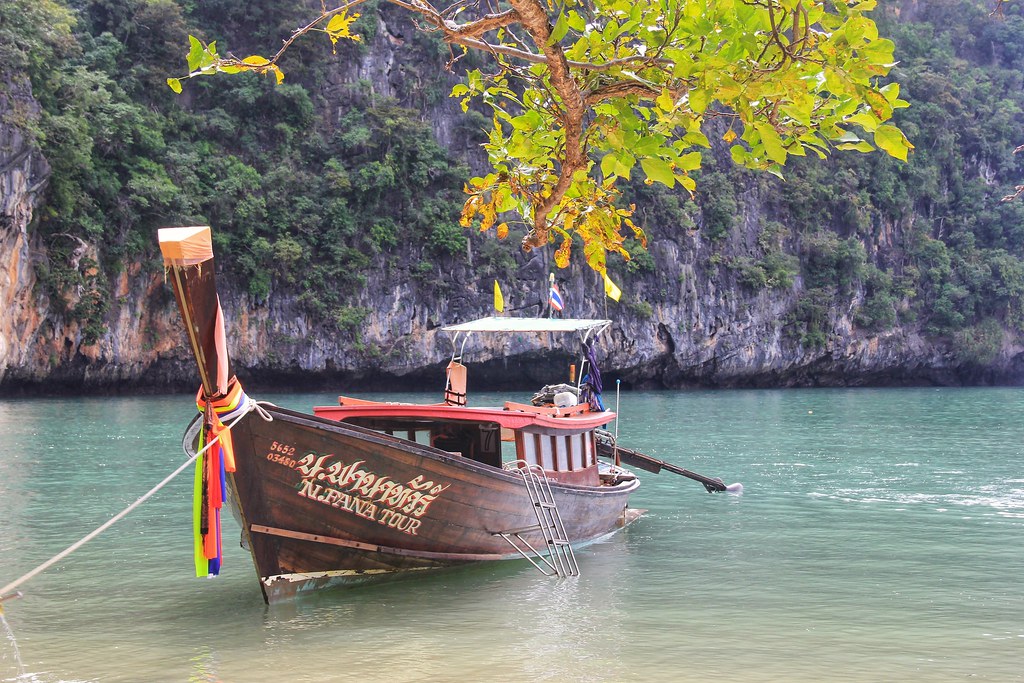 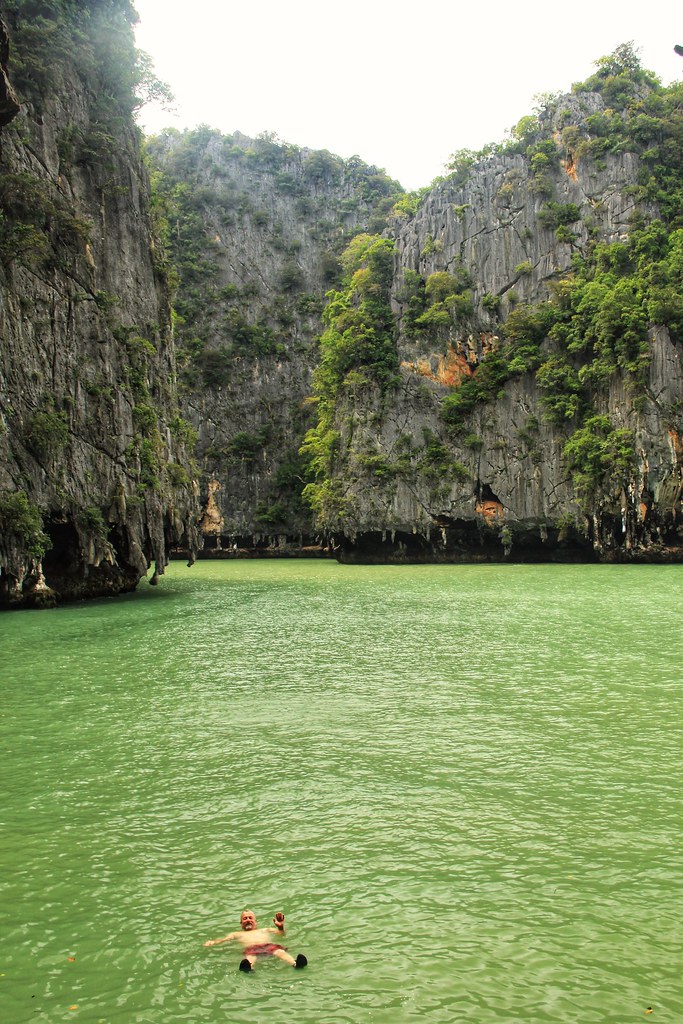 The great thing about our boat trip was that the itinerary of where we visited and what we did was left largely up to us – the paying customers on board. Our pilot was both patient and accommodating of our requests.  So if there’s a particular island or beach you’d like to visit or a specific plant or animal you’d like to see, don’t be afraid to ask! 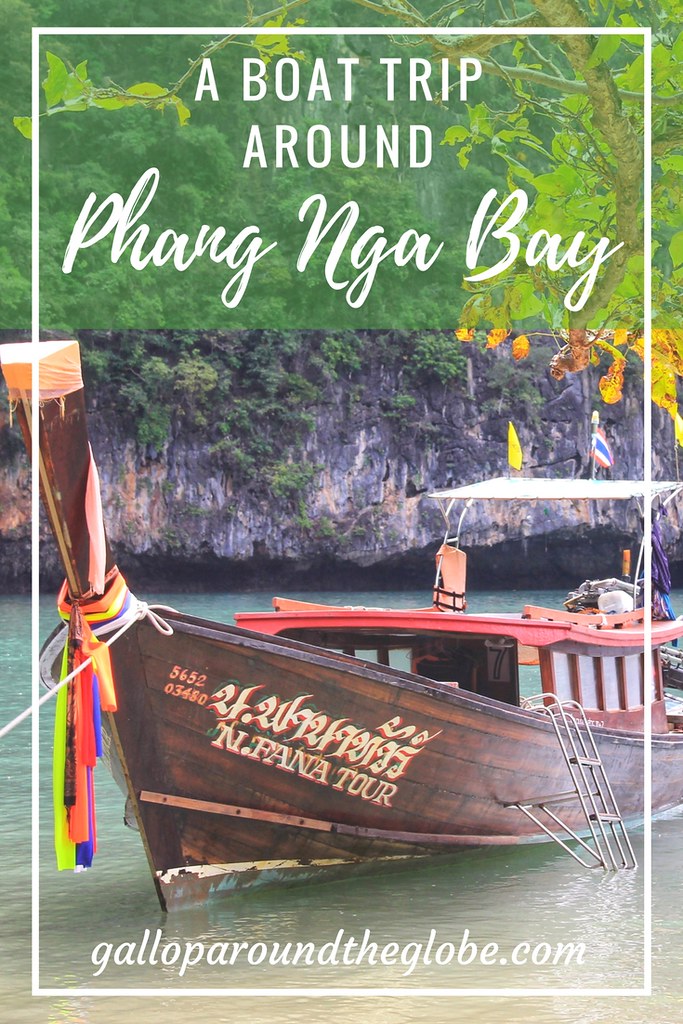 Koh Yao Noi: A Thai Island That Still Feels Authentic and Undiscovered | Gallop Around The Globe