When I was mulling over last year’s travels in order to write my 2019 travel review post, I realised that there’s quite a few destinations I’ve visited that I haven’t actually covered at all on this blog, and others that I’ve only touched upon very briefly as part of a larger, more general kind of post about a particular city, region or country.

Looe was one of these places.

I travelled to Looe with mum last October. We were based in Looe itself for three nights and took day trips out to Truro, Padstow and Tintagel. 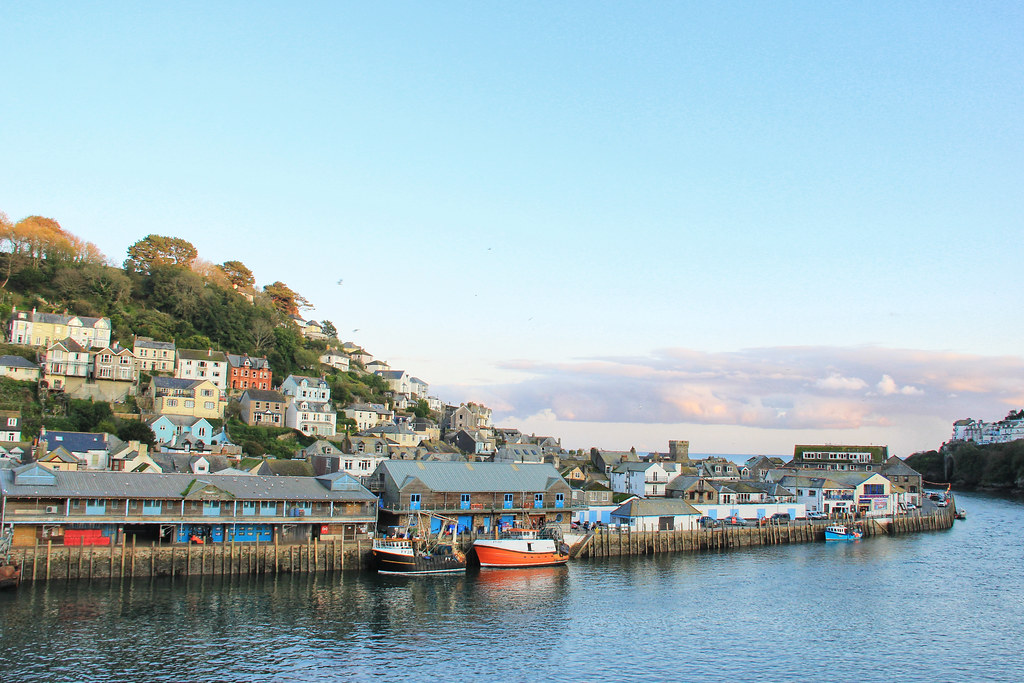 Looe (Cornish: ‘Logh,’ meaning ‘deep water inlet’) is nestled at the base of a steep-sided valley, at the point where the East Looe and West Looe rivers join and subsequently flow into the Looe estuary.  Located on opposite sides of the river and joined by a seven-arched Victorian bridge, East Looe and West Looe once existed as separate towns with their very own Royal Charters.

Nowadays, although the majority of trade happens in East Looe, you’ll find residential properties, hotels and holiday homes on both sides of the river. 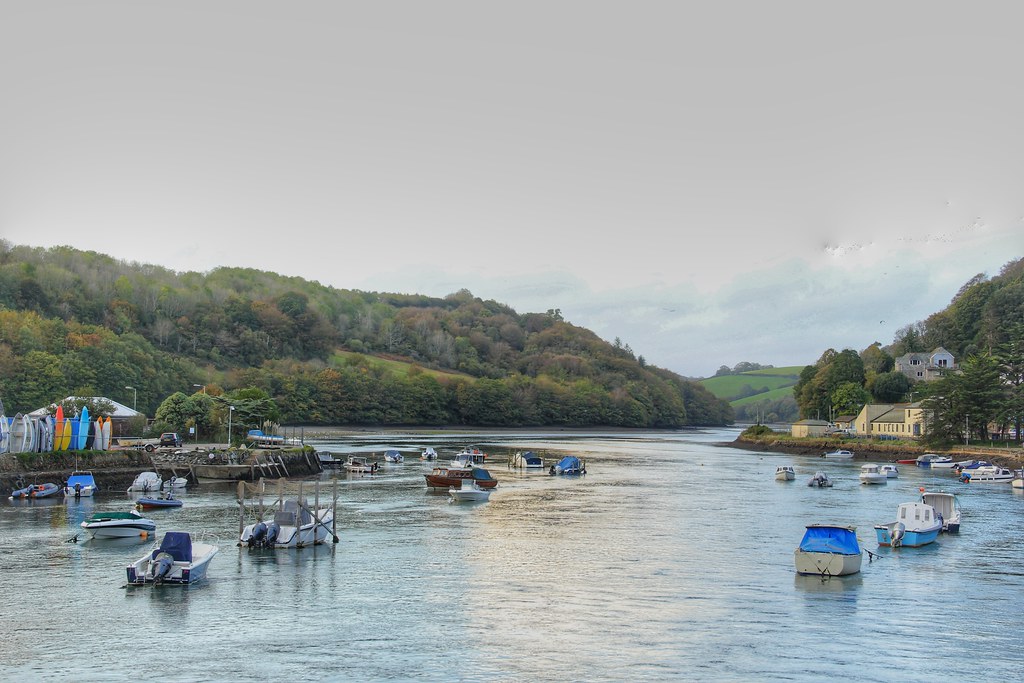 What I loved about Looe is that the town felt real and authentic.  It started life as a trading and fishing port in pre-medieval times and the town retains a small fishing fleet today, bringing in catches of mackerel, bass and pollack on a daily basis.  I imagine that – aside from the advent of WiFi – Looe has changed very little over the past 50 years or so.

The whole place is also steeped in history.  It’s home to an array of 16th century buildings (including the Old Guildhall in East Looe and St. Nicholas Church in West Looe) and one of the oldest pubs in the UK, and has been a holiday resort for over 200 years. 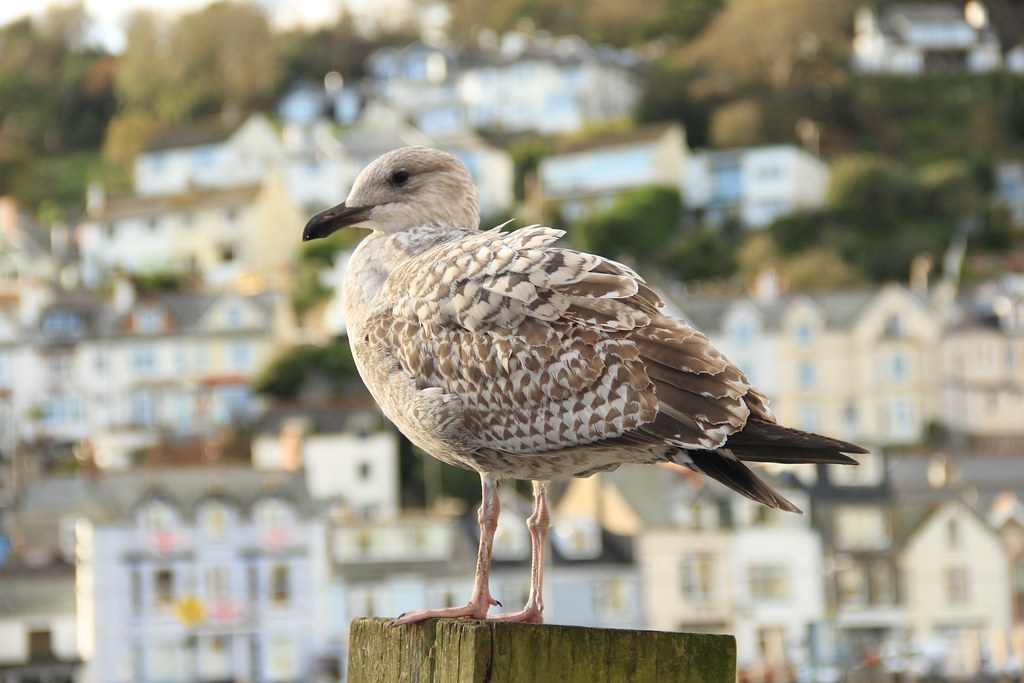 If you’re visiting Cornwall, I’d definitely recommend spending a few nights in Looe.   And to help you get the best out of your stay, here are nine wonderful things to do in Looe.

1 | Wander the streets of East Looe

East Looe is a maze of narrow streets and small independent shops that mum and I loved meandering through before we headed back to our hotel for dinner every night.

Many of the houses you’ll see here have existed in some form since Looe was first settled (records indicate that this could be as early as 1000BC).

Low-lying parts of Looe have always flooded when the tides are high, so the living quarters of Looe’s early houses were built upstairs, with storage areas below for boats, tools and fishing tackle.  Although the lower levels of many have now been re-purposed, the streets on which they are built are no less narrow.  Mum and I were having trouble getting our heads around exactly how people in East Looe move house! 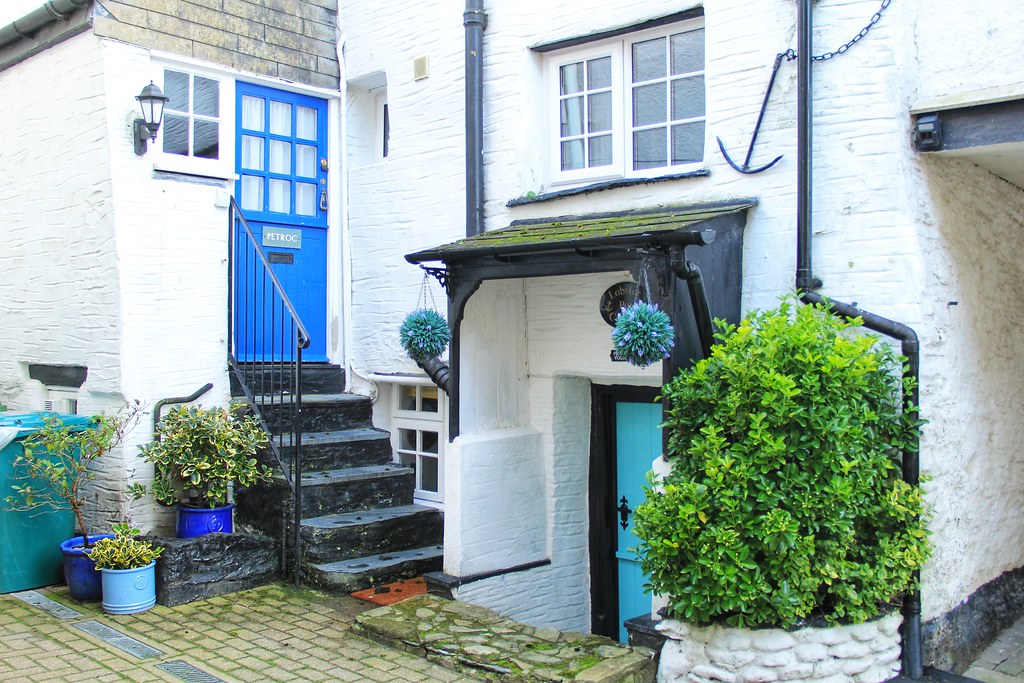 Although mum and I loved simply wandering around the streets of East Looe with no real purpose or destination, we did happen upon a few places that we would recommend you seek out: 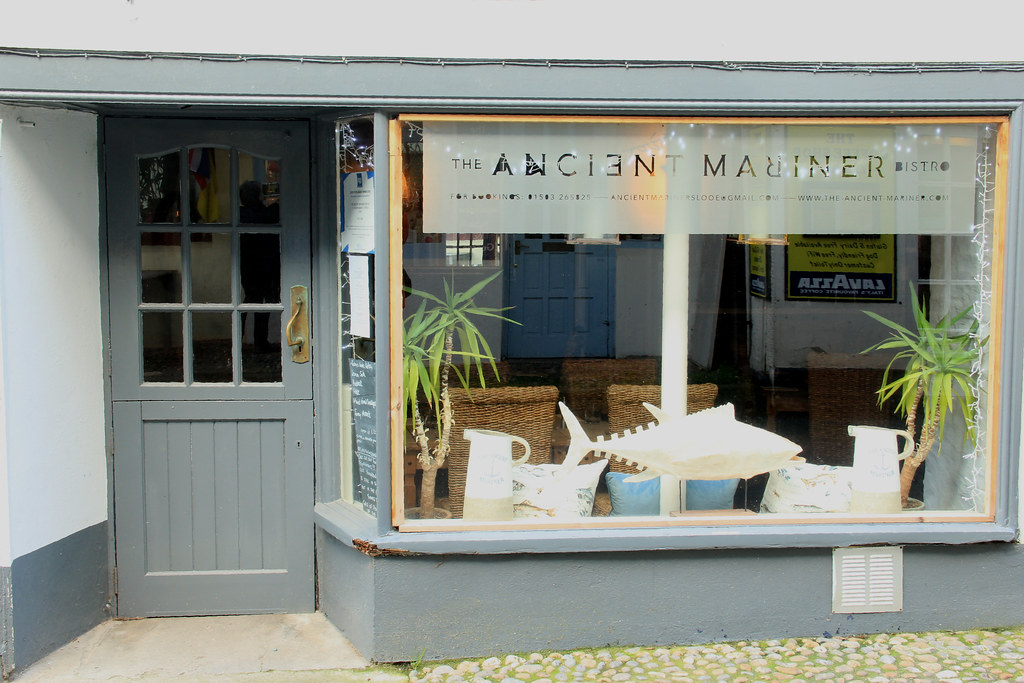 2 | Take a walk to East Looe Beach and Banjo Pier

Sheltered from the west by the famous Banjo Pier and overlooked from the east by the hillside of Mount Ararat, East Looe beach is the town’s main beach.

I’ve heard that in the height of summer it gets incredibly busy, as it’s one of the main beaches in this part of Cornwall.  However, at the end of October, it was a completely different story. 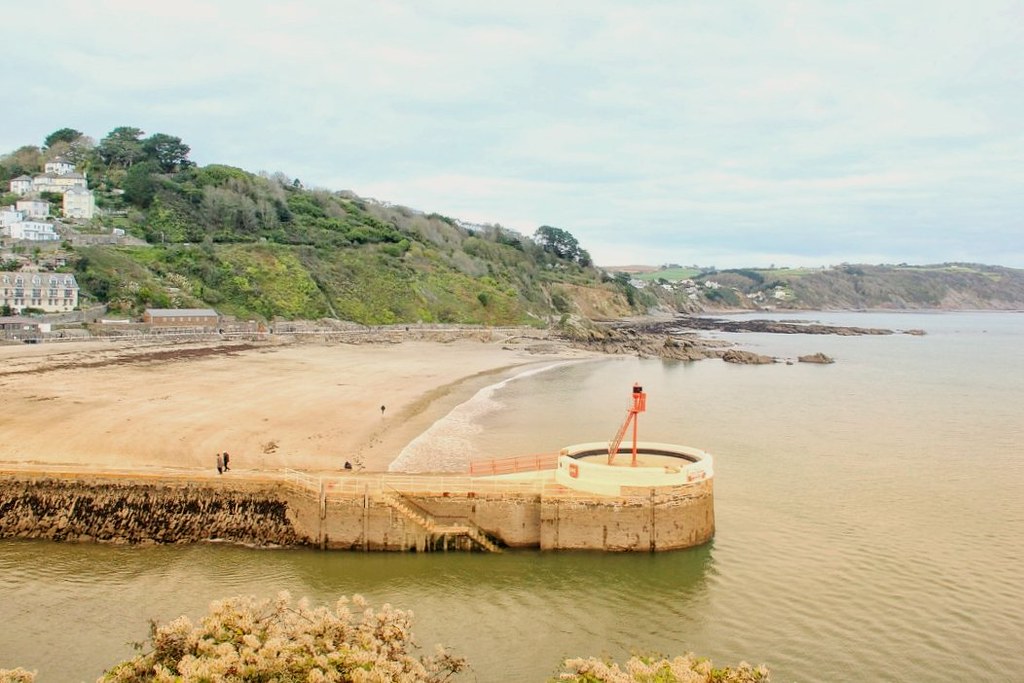 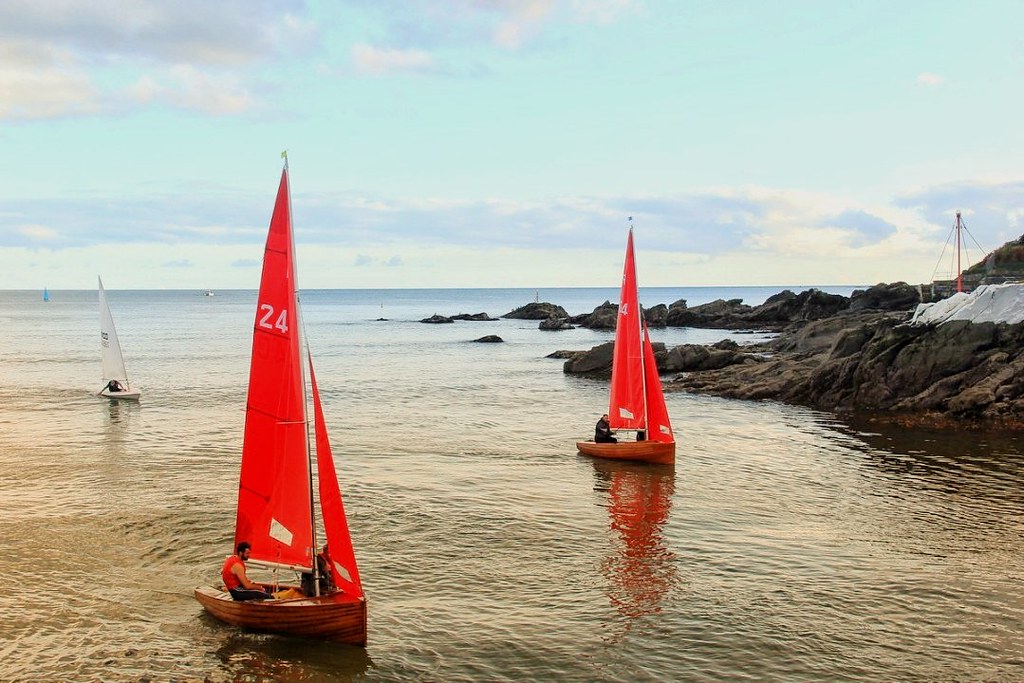 St. Nicholas Church dates back to the 13th or 14th century and has, over the years, been used as a church, a guildhall and a prison.  It’s dedicated to St. Nicholas, Bishop of Myra – the 4th century Saint who is more famously known as Santa Claus.  The church has been been repaired and restored using timbers from the St. Josef, a ship captured by Admiral Nelson at the Battle of Cape Vincent in 1797. 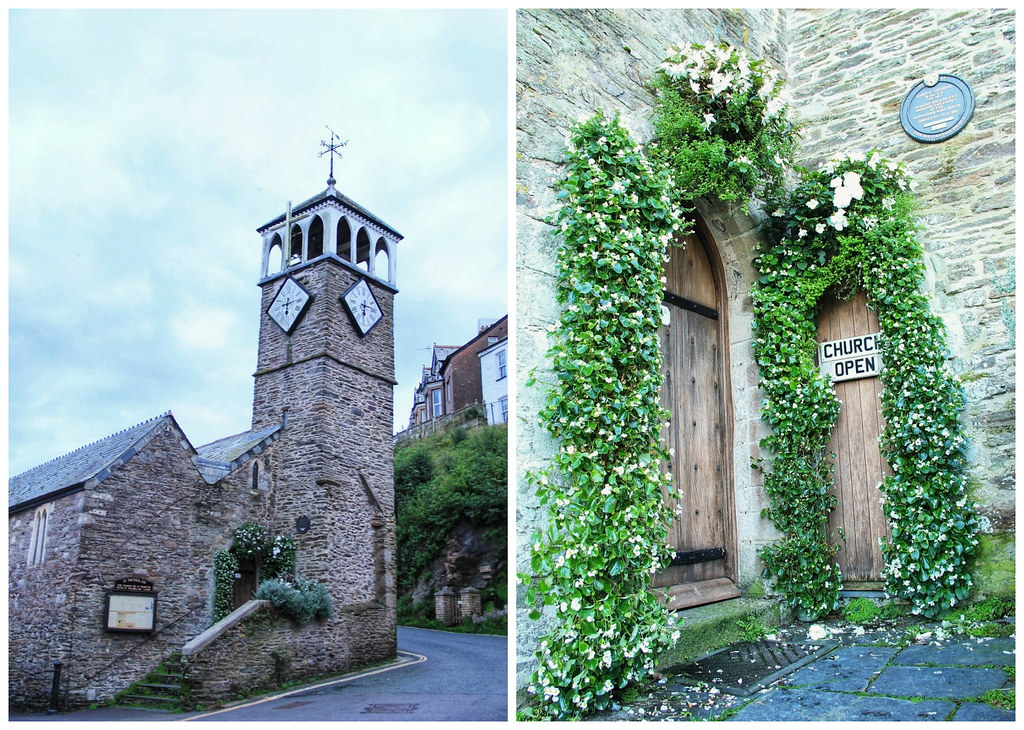 It’s quite a humble church inside – relatively small and understated – but I liked it, and it’s much better suited to Looe than something large and lavish.  Have a peek, let me know what you think!

Established in 1516, the Jolly Sailor (known as ‘the Jolly’ by the locals) is one of the oldest pubs in the UK.  Sea faring vessels used to moor right alongside the old part of the Jolly Sailor building until the land was reclaimed to build cottages.

The Jolly Sailor’s other claim to fame is that its main ceiling beam was taken from HMS Indefatigable, originally a French-owned ship that was used in the Battle of Trafalgar in 1805.

As well as being an ancient drinking haunt that’s full of character, the Jolly Sailor also has guest rooms available.  The property has an exceptional 9.4 rating on booking.com and the inclusive breakfast they serve has been nominated for an award.  It’s also one of the cheapest places to stay in Looe.

Walk towards Hannafore Point in West Looe and then drop down on to the small beach opposite Banjo Pier and you’ll find Nelson resting on the rocks.

Nelson is a bronze sculpture that was designed and built to commemorate the “grand old man of the sea” – a one-eyed scarred Grey Seal who was a familiar sight in the harbours of South Cornwall for 25 years, before he finally settled upon the rocks of Looe island. 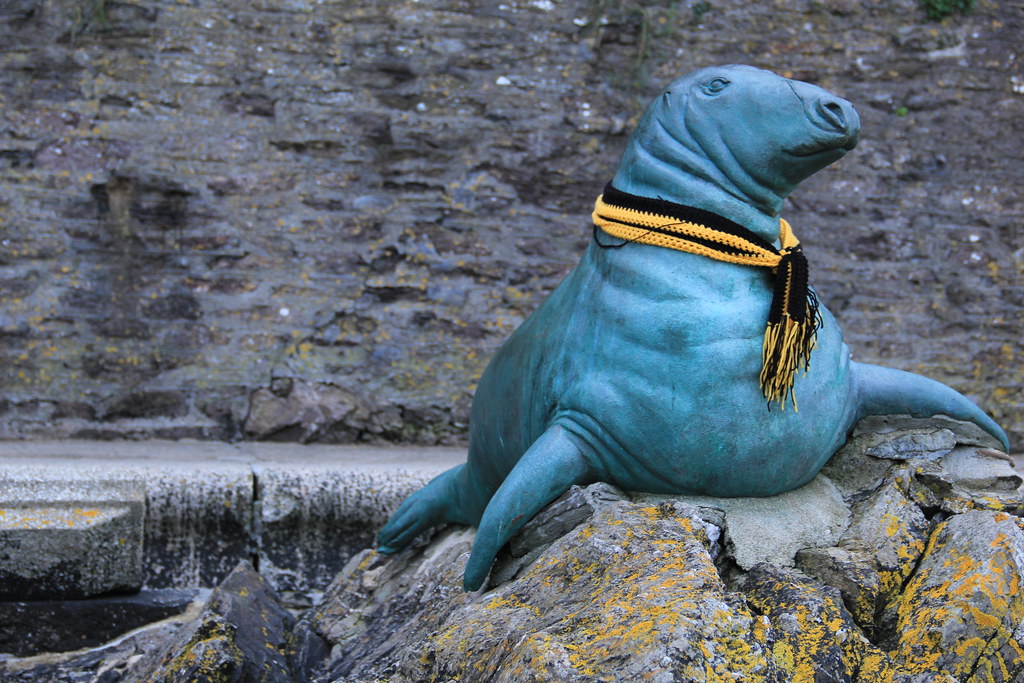 It’s difficult to tell by the photo but he’s actually true to size and incredibly life-like (apart from the presence of his scarf, but then I imagine it gets pretty cold up on those rocks in winter 😉).

Having spent a lot of our spare time over in East Looe, it occurred to me on our last evening in town that I hadn’t really explored much of West Looe.  So, I left mum relaxing in the hotel while I took a leisurely stroll up to Hannafore Point.

And, as is the case when I go exploring, curiosity always tempts me to go a bit further; to see what lies around the next corner.  As a result I ended up walking past Looe Island to the point where the road ends and the only passageway forward is on foot, via the South West Coast Path.

Darkness was drawing in by this stage, so I made the decision to head back to the hotel.  But not before checking out the Chapel of Lammama, which I’d spotted on Google Maps just 200 metres from where I stood.

I must admit, I was rather puzzled by the fact that the chapel was meant to be that close yet I couldn’t see it.

It turns out that the Chapel of Lammama is in fact in the process of being excavated (correct October 2019) and all you can see are its foundations and a small information board explaining this.

However, the views of Looe from the chapel grounds are pretty nice. 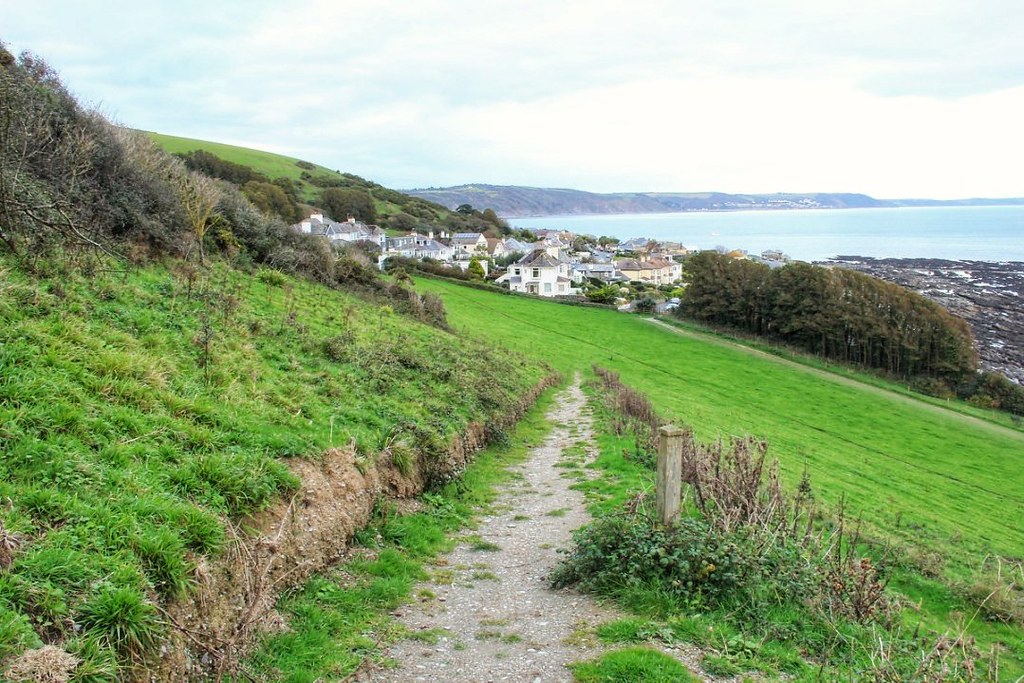 And the lighting was perfect for photographs on my return journey.

7 | Head to Mill Pool for an alternative view of Looe

You’ll find Mill Pool in West Looe, in the opposite direction to Hannafore Point.  From the bridge, continue past Riverside Amusements for around 250 metres.  There’s not really a lot ‘to do’ there (although I did see lots of children fishing for crabs), but it gives you a nice alternative perspective of Looe, and the lighting is especially lovely in the hour just before sunset. 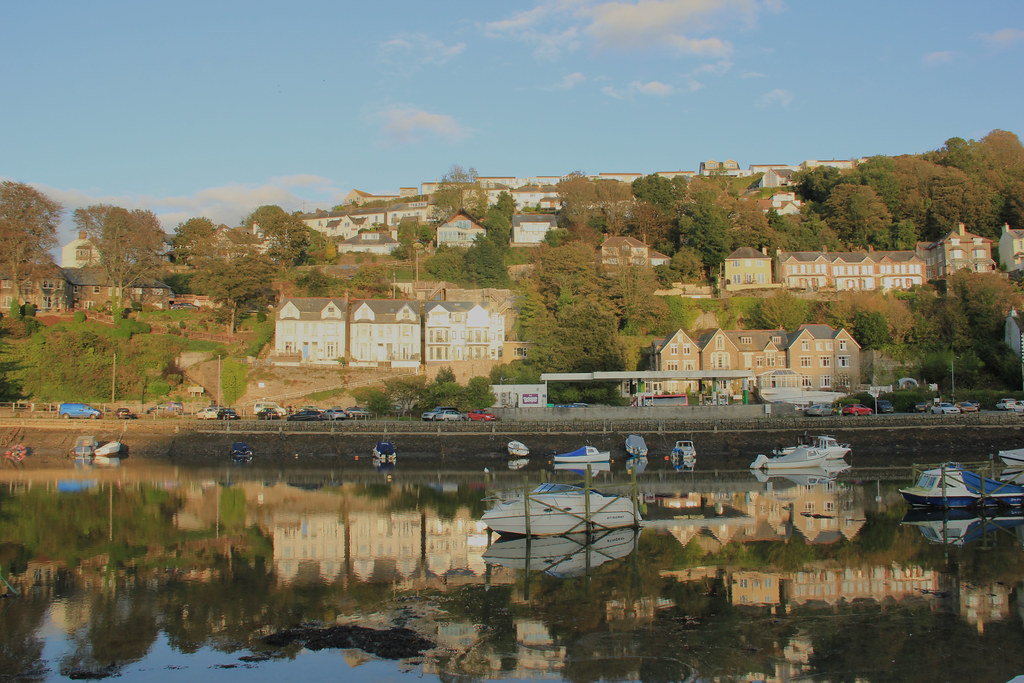 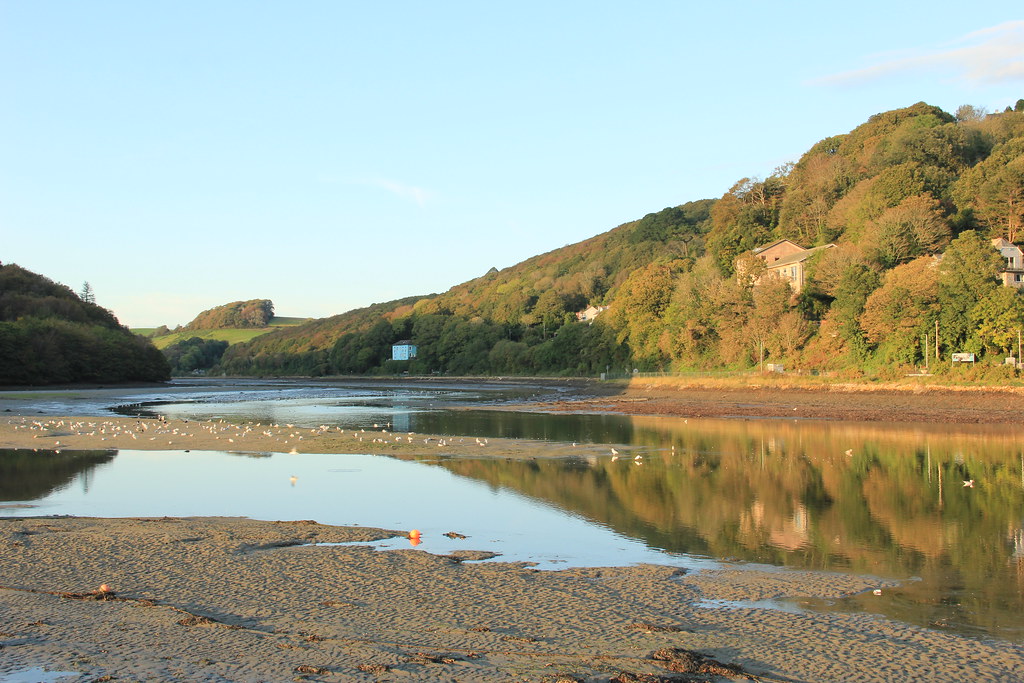 8 | Take a train journey on the Looe Valley Line

The Looe Valley Line links the bustling market town of Liskeard (pronounced ‘Lizguard’) with Looe.  The section between Looe and Sandplace is probably the most stunning; after that the journey takes you into a heavily wooded valley.  You can jump off at Causeland to explore the ancient stone circle at Duloe, and the next stop along the line is the one you’ll need for the holy well at St Keyne.

Bear in mind that the train only runs on a Sunday from 5 April (presumably until the end of the summer, but their current timetable only goes up to the end of May 2020).

I walked part of the South West Coast Path from Branscombe to Beer last year, and it’s what re-ignited my passion for exploring more of my home country on foot. I’m also hoping to walk the Jurassic Coast part of this trail within the next few years.  So, I can 100% recommend that, if walking and stunning coastal scenery is your thing, you take a morning or afternoon out of your day to make this journey.

It’s a 9.7 kilometre (6 mile) route, which should take you a couple of hours, and then you’ve got a couple more to spend in the beautiful village of Polperro.  You can then catch the bus back to Looe.  The bus stop is located at the top of the village, near the Crumplehorn Pub, and you’ll need service number 73.

Things to do in Looe in the summer months 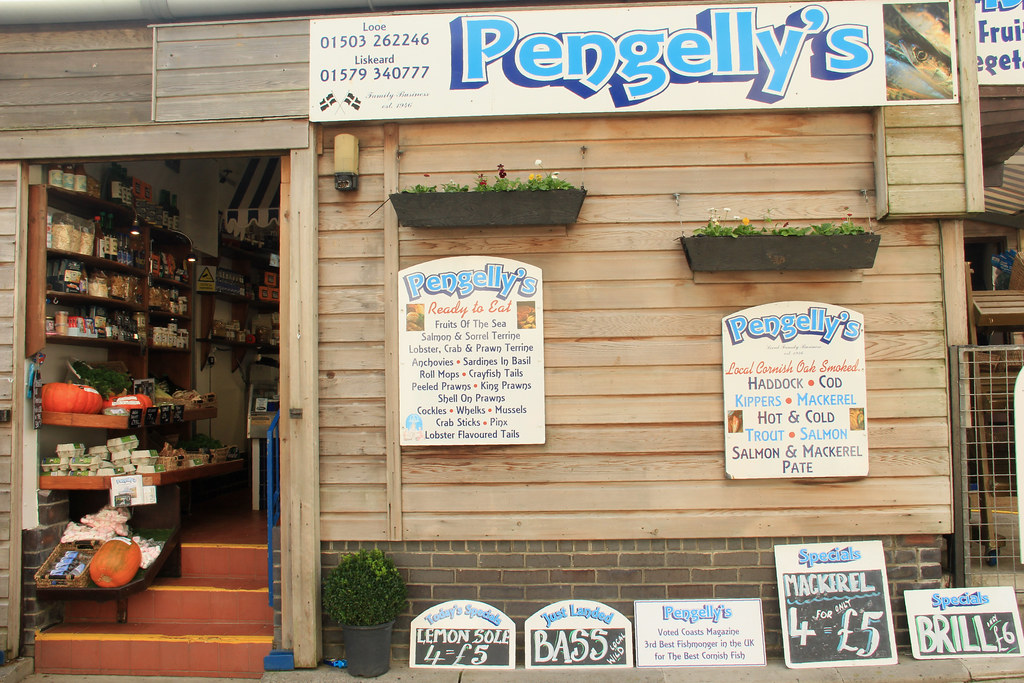 Where to stay in Looe

Although mum and I stayed in a hotel as part of the coach trip I accompanied her on (and therefore didn’t choose our accommodation), I had absolutely no complaints about the Portbyhan Hotel whatsoever.  The staff were friendly and accommodating, the food was good and our room was comfortable and warm (if a little too much so at times!).

I also loved that the restaurant and upstairs cafe both overlooked Looe’s harbour.  At breakfast we could watch the sun rising up behind the hill on the opposite side of the estuary, and at dinner we could witness the fishing boats unloading their evening’s haul.

However, if you’d prefer to stay in your own little apartment, there are some lovely places to stay in Looe on Airbnb.

Get £25 off your first Airbnb booking by registering via this link. 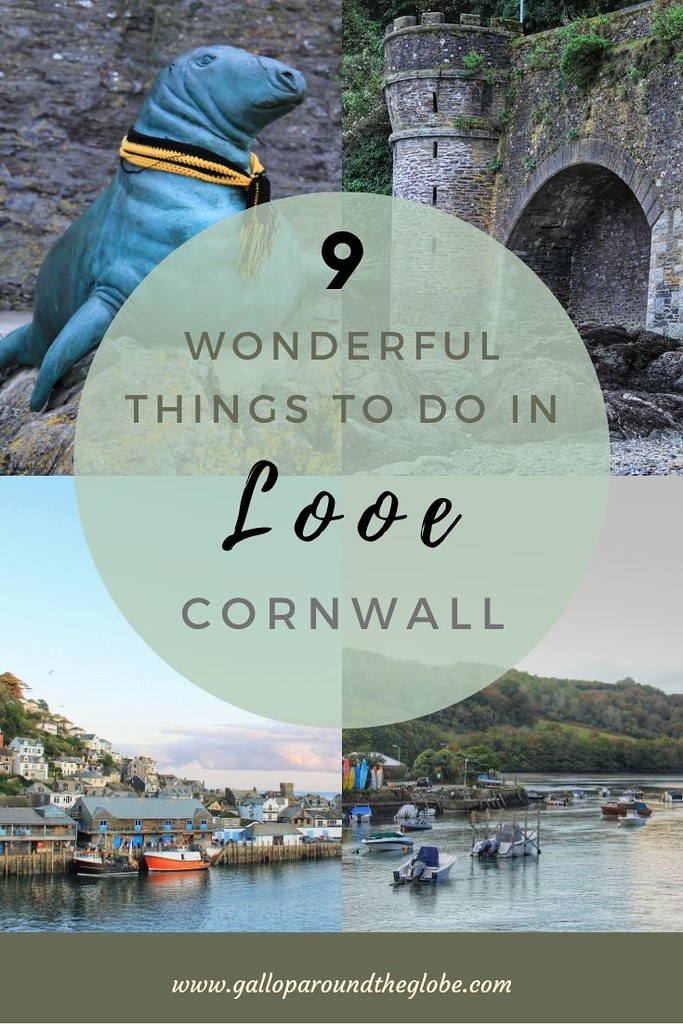 11 Things to Do in Fowey, Cornwall