I’ve been flying Ryanair for years.

Yes, I’ve always admitted that they’ve never been my favourite airline, but they’ve been reliable and cheap, and they fly to the destinations that I want to travel to, from airports that are convenient for me to get to.

Except that – following recent changes to their cabin bag restrictions and seating arrangements – they’re not as cheap anymore.  And – after this news story hit the headlines last year – it’s questionable as to whether they’re reliable anymore either.

But that’s just the start of an increasingly long list of reasons why I’m done with flying Ryanair. 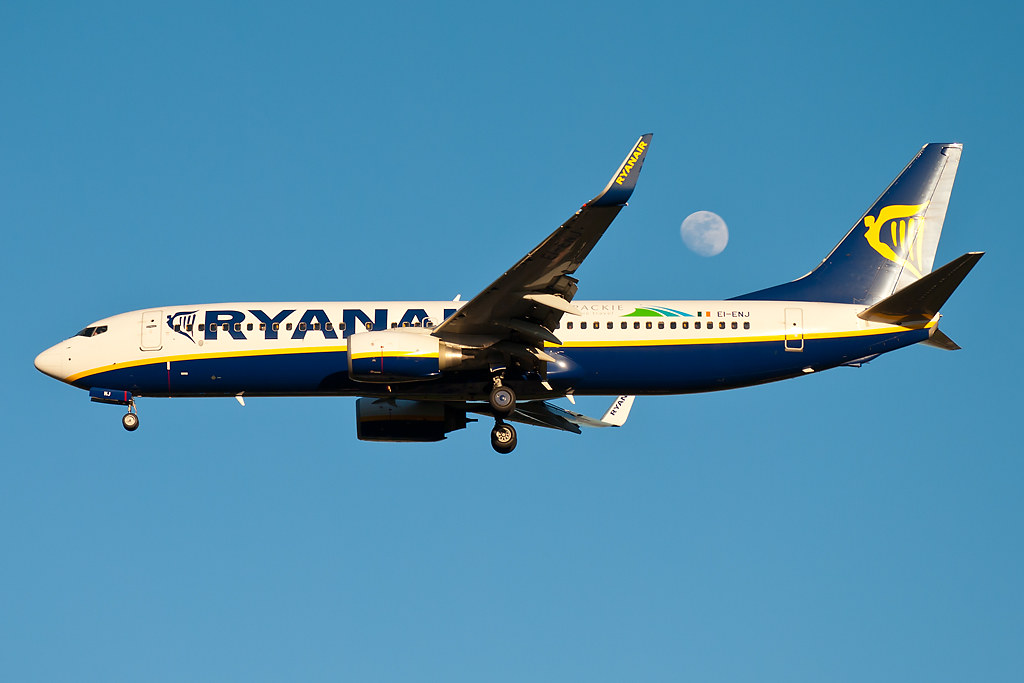 #1 If I want to take my valuables on board with me, I have to pay AT LEAST an additional £5 PER FLIGHT

The larger one is taken at the boarding gate and put in the hold at no extra charge.

However, if you pay for priority boarding (£5 at the time of booking, more if you add it afterwards), you can still take both bags on board with you.

Now you might think this sounds ok.  After all, they’re not charging you to put the larger bag in the hold, right?

Well, it’s very much not ok for me.

One of the reasons I travel with hand luggage only for around 80% of the trips I take is for the convenience of not having to wait around at the baggage carousel at the end of my flight.  That privilege has been taken away from me – unless I pay for it.

But more importantly, I travel with ‘valuables’ (laptop, digital SLR camera and lenses, and related chargers) that will not fit into my handbag – even if I had one that measured the same as Ryanair’s maximum stated dimensions.  I also do not wish to risk these being thrown around in the hold.  I’ve seen the way these bags are handled; I don’t fancy the chances of my DSLR or laptop surviving the ordeal.

So, now the only way I am able to take these on board with me is to pay for priority boarding, for at least an additional £5 per flight (so that’s £10 for a return flight).  I actually paid £6 each way to add priority boarding to my pre-booked Azores flights.  That’s representative of a 30% fare increase!!

Ryanair’s reasoning behind this decision is that, with more and more people travelling with hand luggage only, there simply wasn’t enough room in the overhead compartments for everyone’s luggage.

However, that argument falls down with me, because I’ve never used the overhead compartments; my cabin bag fits nicely under the seat in front of me.

Yup, you read that right: even if you check in all passengers at the same time, you will no longer be allocated seats together, even if there is availability on the flight to do so.  You now have to pay £7 each way for the privilege.

Unlike point #1, where Ryanair have actually offered a reason behind their decision to introduce the new rule, I cannot think of a single possible reason why Ryanair have introduced this new rule regarding seating allocation, other than as a greedy money-making exercise.

The airline say the seat allocation is random but I disagree, because it was not by pure coincidence that I ended up sitting next to the wife of the man Stu was sat next to on our recent flight to São Miguel.  Passengers talk to each other, and we soon discovered that this ‘coincidence’ seems to be a very commonplace occurrence.

This new rule is also not great for customer security, because people can and will swap seats as soon as the seat belt signs are switched off, in order to sit with friends and family. 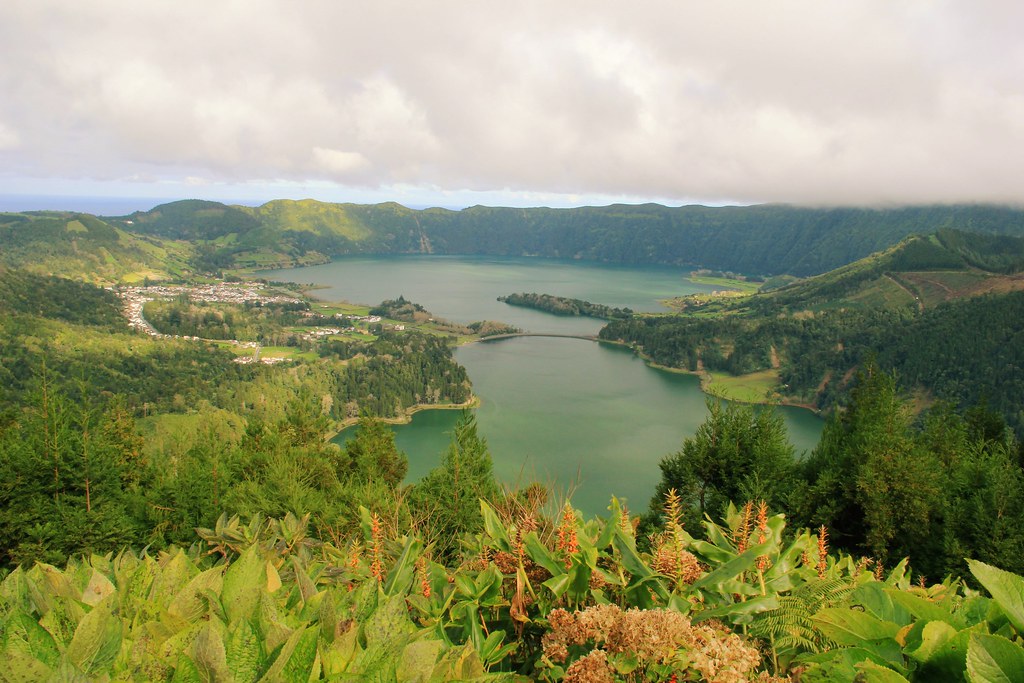 #3 I cannot check in for my return flight until 3 days beforehand and I have to do so online, I cannot do so when I arrive at the airport

Ok, so this one is more of a niggling annoyance rather than actually costing me money, but the situation it led to (detailed in point number 4) could potentially have cost me a fair bit of money.

First of all, I cannot think of any logical reason behind this annoying rule, and secondly that’s all well and good if you are travelling somewhere with reliable internet connection.  Not so much if you’re not.

And then you can’t reconcile this problem by simply checking in at the airport when you arrive to fly home, because Ryanair specify that for a lot of their flights, you must check in online.

#4 Digital boarding passes are only available on selected flights; on others you have to print them.  If you don’t or you can’t, you’ll be charged at the airport

On a recent trip to Morocco, I checked in for my departure flight while at home in Shrewsbury, as soon as check-in was available a few days before my flight.  I’ve got the Ryanair app on my phone, so checking in was a quick and simple exercise and I could view my digital boarding pass in the app.

A few days before I was due to fly home, and check-in for my return flight opened, I was in Chefchaouen, a small town in the Rif mountains where all the buildings are painted blue.  I logged on to the wifi at my riad (traditional Moroccan accommodation), opened the Ryanair app and checked in.  However when I clicked on “view boarding pass”, the app informed me,

I duly tweeted Ryanair, advising them of my predicament.  It may have been that there was somewhere in Chefchaouen where I could get my boarding pass printed, but I didn’t particularly want to spend my limited vacation time – time that was meant for sightseeing and actually enjoying the experience of being somewhere new – searching for said printing services.

@Ryanair checked in for my flight home on the 4th (wouldn’t allow me to do this before I flew out here) but app says I have to print my boarding pass. I’m travelling so do not have access to a printer. What can I do?

By the time I left Chefchaouen a day later, Ryanair had not responded to my tweet.  I arrived into Fes, and sent them a direct message including my original tweet and stressing the urgency of the matter.  I waited at my riad for a while before getting hungry and going out for dinner.

By the morning I still hadn’t received a reply and I was due to fly home later that day.  I sent them another direct message at breakfast, and waited.  I was hoping they would just tell me that I could go to the check-in desk at the airport and have my boarding pass printed there, and all would be well.

After half an hour of waiting I decided that I wasn’t going to let Ryanair ruin my trip; I’d head out into the medina for a final few hours of exploring, stopping for coffee somewhere on route where I could connect to wifi.   If you’ve ever wandered the confusing streets of Fes’ medina, you’ll know that these places are few and far between. 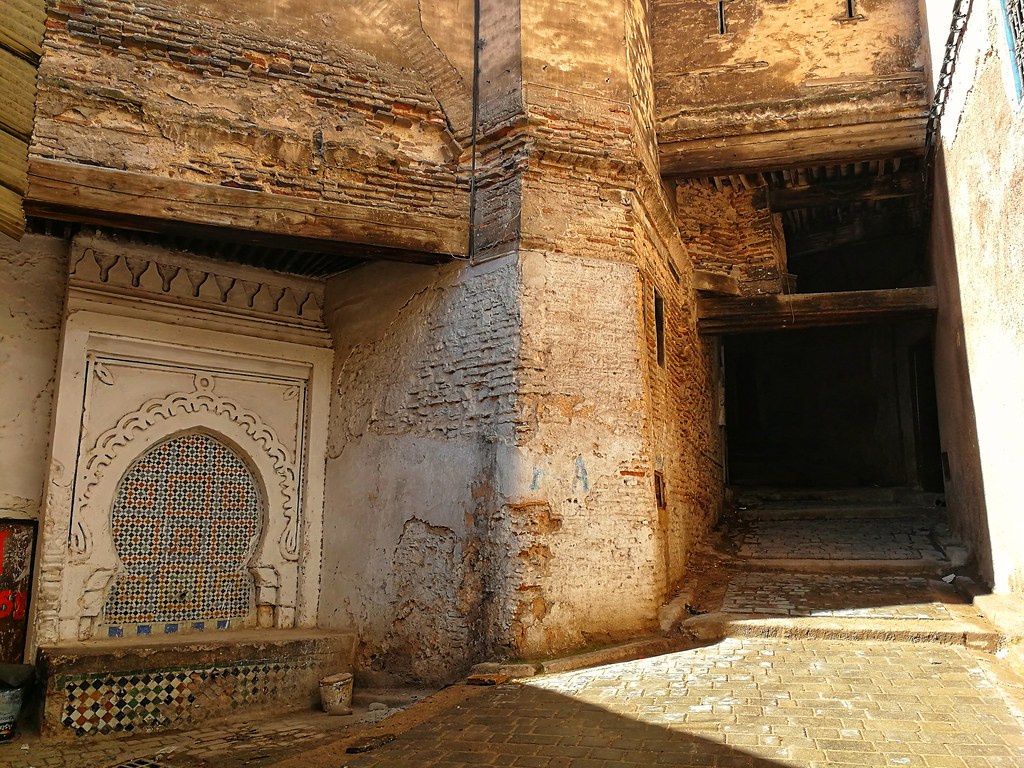 Becoming increasingly stressed by my inability to walk anywhere without being hassled and the growing worry about my boarding pass, I ended up heading back towards my riad earlier than planned and stopped for coffee at the Cinema Cafe.

When I logged on to the wifi, I was pleased to see that I had a message from Ryanair. But you’ll never guess what their reply was…

I wanted to scream!

I politely reiterated that I did not have access to a printer and asked if I could get the boarding pass printed at the airport. Their response was yes but (surprise, surprise) for a fee.

Fortunately for me I found that information out from the lovely host at my riad, as he was printing my boarding pass for me. As luck would have it I was staying in a very well-equipped riad where the host spoke and understood excellent English.  I’m pretty sure I wouldn’t have been so lucky had I been in the same situation at either of the previous two riads I stayed at.

# 5 They can and do alter your flight times less than two months before your flight is due to leave, and by so many hours that you actually consider cancelling your trip altogether

I booked my trip to Vilnius in Lithuania with a couple of friends of mine in October of last year.  We were due to fly this May, over the early May bank holiday.  As we’d booked so far in advance we’d been able to secure some really good prices on flights and accommodation.  Our flight was due to get us into Vilnius at lunchtime on the Saturday, giving us almost three full days to explore the city before heading home.

And then, two days after I arrived back from Morocco, I got a WhatsApp message from my friend who’d booked our flights, containing a screenshot of an email she’d received from Ryanair.

They’d only gone and changed our flights. Not just by an hour or two but by a whole 11 hours, thus depriving us of an entire day of our three day vacation.

@Ryanair you’ve changed the time of our BHX to VNO flight on 5/5/18 by 11 hours, meaning that we miss an entire day of our 3-day vacation! What kind of compensation are you offering for this?

Well that, as the saying goes, was the straw that broke the camel’s back.  Yes, Ryanair have offered us a free move or refund, due to the length of the delay.  But the problem is that, at such short notice, we cannot find any suitable alternatives that are within our budget.  So we either miss out on the trip altogether (which sucks) or we still go at the revised times, and attempt to squeeze three days of sightseeing into two. 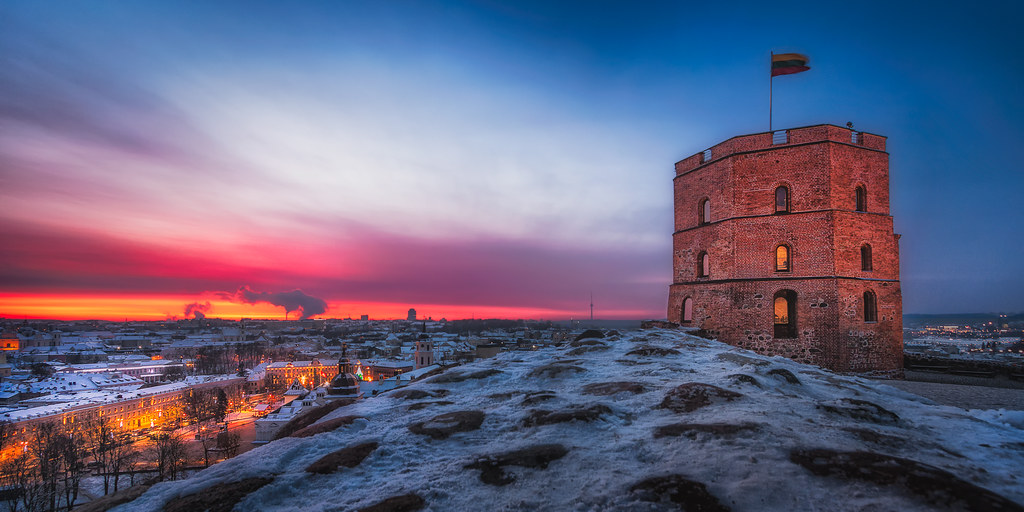 Fortunately for us our apartment hosts have agreed to check us in at the very unsociable hour of around midnight at no extra charge, but it could well have been that we were forced to find alternative accommodation, or been forced to pay a hefty fee that we then had to try and claim back from Ryanair.

As it stands my friend who booked the tickets is trying to negotiate some kind of discount for us, as well as free seats together on the plane.  But somehow I don’t fancy her chances.  Watch this space!

And that concludes my 2000-word rant about Ryanair (or “Ryan unfair,” as my friend Gloria calls them)

Personally I’ve never had so much trouble with any other airline.  Ryanair seem to be doing everything in their power to make it awkward and frustrating (and costly!) for their passengers to travel with them, and in my opinion that’s not fair or reasonable or right.

And that’s why I’m done with flying Ryanair. 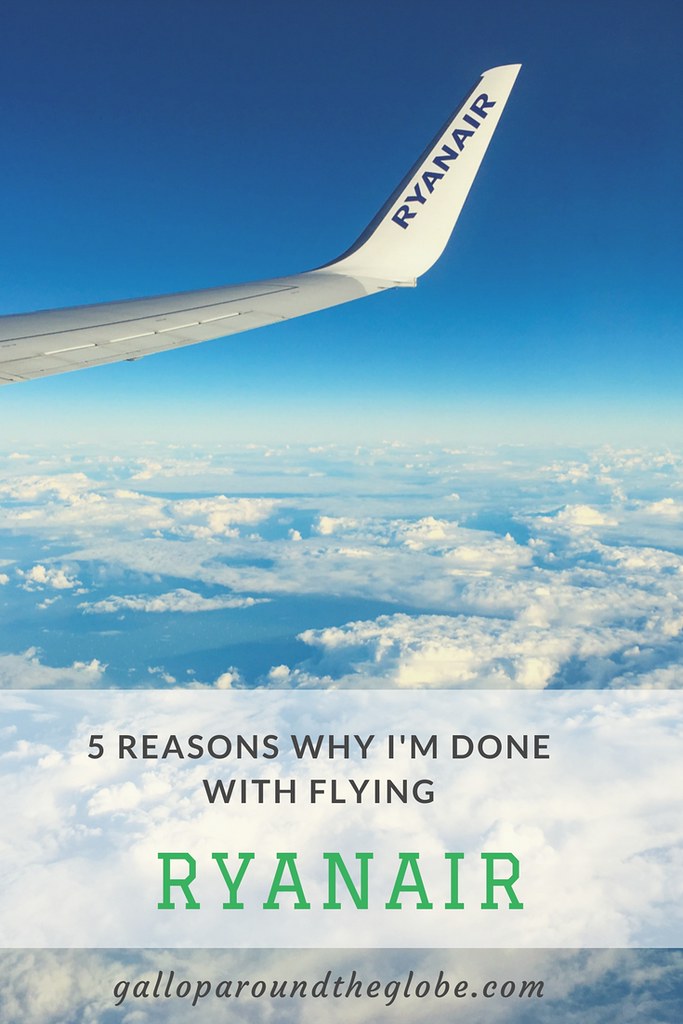