Pockets of Tranquility in Bustling Beijing – Gallop Around The Globe

I visited China for the first time nearly three years ago, and Beijing was my  introduction to this diverse and compelling country.  China’s capital is one of the most populous cities in the world; it’s 21, 516,000 million people share a space of approximately 16,410 square kilometres.  If you’ve never visited an Asian or Indian city before then Beijing can be an incredibly overwhelming — and somewhat frightening — place to navigate your way around.

But surprisingly there are little pockets of tranquility scattered throughout the city. Away from the main tourist highlights of the Forbidden City and Tian’anmen Square, you’ll find imperial gardens, leafy parks, long-abandoned temples, saffron-robed monks, and centuries old hutongs.

So if you want to escape the crowds in Beijing, I thoroughly recommend that you pay the following places a visit.

Situated in the Haidian district, the Summer Palace is 15 kilometres north-west of central Beijing, although it feels like a world away from the overwhelming cacophony of the city’s chaotic streets. 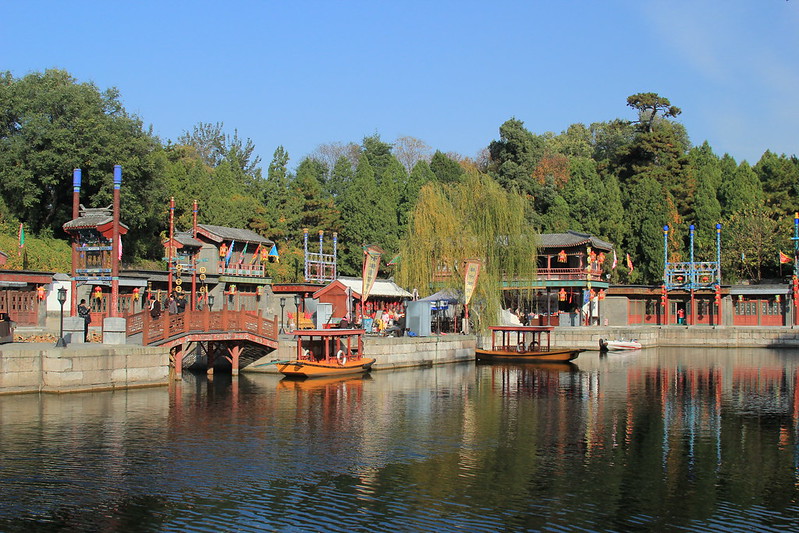 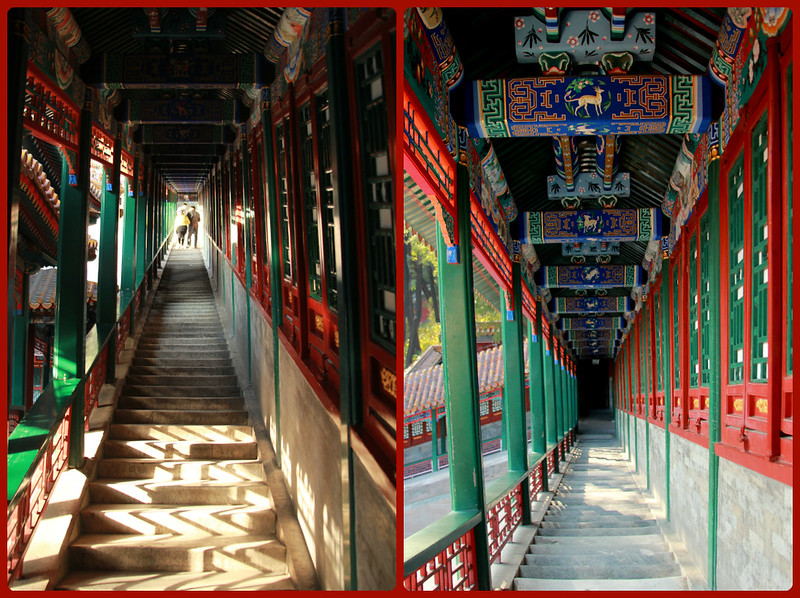 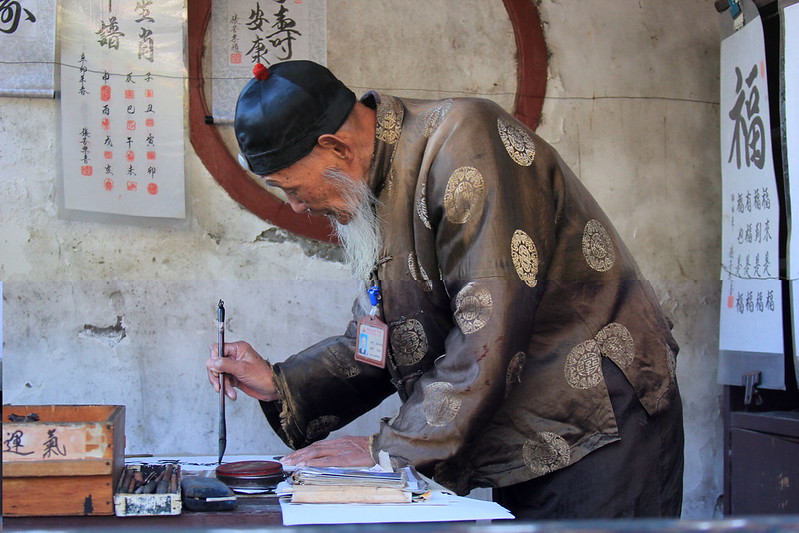 Scattered with temples, covered walkways, pavilions and bridges, the palace and its gardens occupy an area of almost 750 acres altogether, so whilst the Summer Palace may be one of Beijing’s most visited sites, it never feels that way.

Located in Beijing’s Dongcheng District, Yonghegong Lama Temple is the most renowned Tibetan Buddhist temple outside of Tibet.  It’s still an active place of worship, so the sweet, mysterious smell of incense permeates the air through which you walk, and saffron-robed monks linger in the shadows. 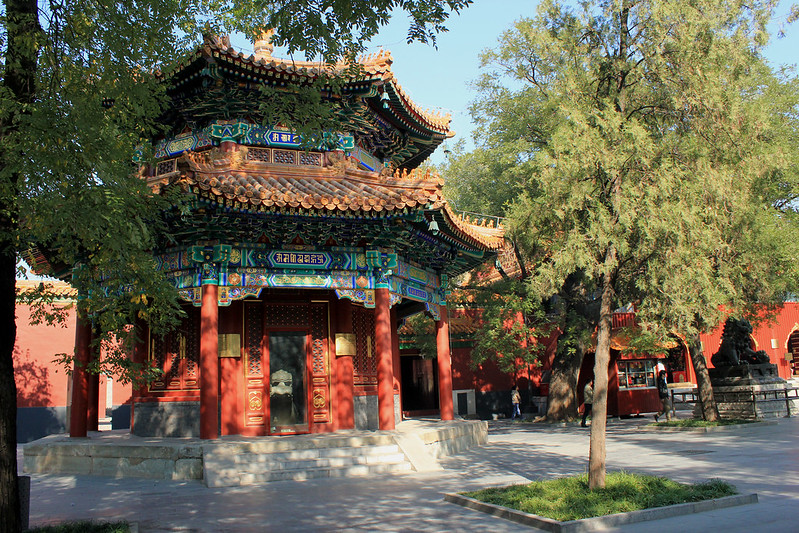 Spend a couple of hours here soaking up the beauty and authenticity of your surroundings and you’ll forget that you’re just minutes away from one of Beijing’s major tube stations.

Stay nearby at Airbnb D.Loft 1 or Lee Garden Service Apartment

Otherwise known as a type of narrow street or alley, formed by lines of traditional courtyard residences known as siheyuan, hutongs are predominantly associated with China’s capital city, Beijing.  The oldest hutong in Beijing, Sanmiao Street, dates back over 900 years. 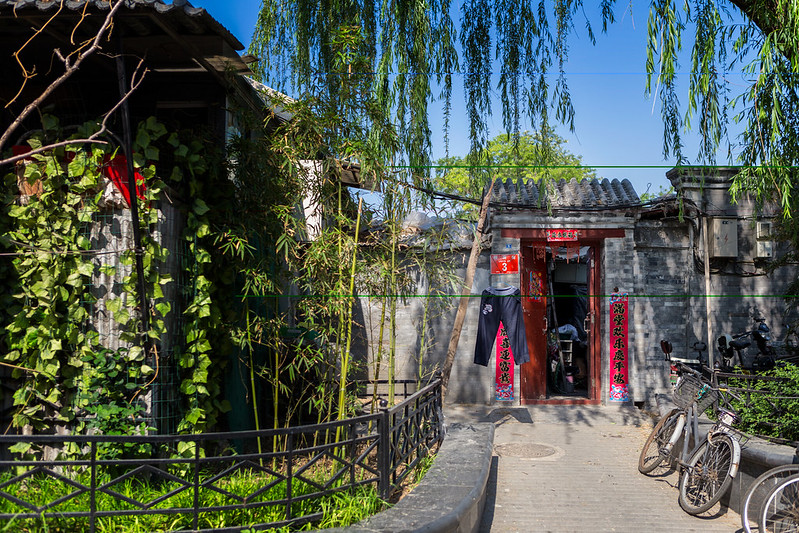 Sadly approximately 30% of Beijing’s hutongs have now been demolished to make way for new developments with modern amenities, but many still remain and a few have been designated protected areas.

The best way to explore the hutongs is on foot, and a wander through these narrow stone streets will give you a wonderful glimpse into the traditional Beijing lifestyle and culture.  Here you’ll find traditional tea shops and locals playing games of Mahjong; life goes on as it always has done.

Beijing’s 798 Art Zone is located in the north-east corner of the city and covers an area of 0.6 square kilometres.  Factories and enterprises that were previously state-owned have been converted into ever-evolving creative spaces. 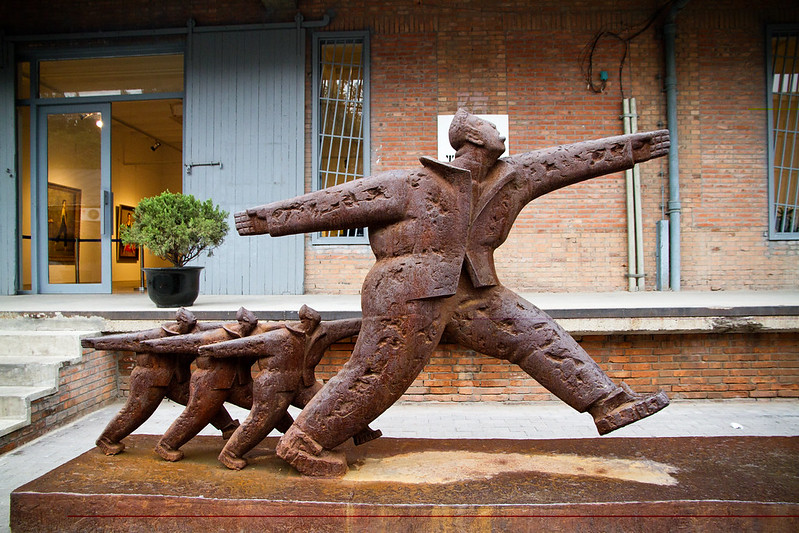 Stay nearby at EAST Beijing  or Zhaolong Hotel 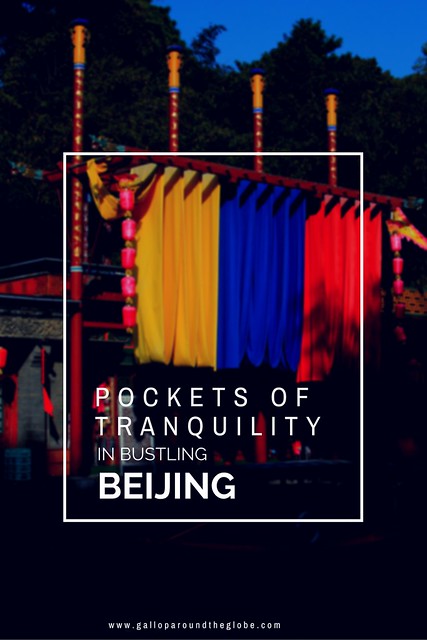 Top Tips for Getting Around Sri Lanka Hassle-Free

Potosí Mines: A First-hand Experience Inside The Mountain That Eats Men