On Running and On Being More Productive: A Look Back at My 2017 Achievements

If you’d like to read about my travel highlights of 2017, you can do so here.  The post ended up being over 3000 words long which is why I’m now writing this second post about my non-travel related 2017 achievements 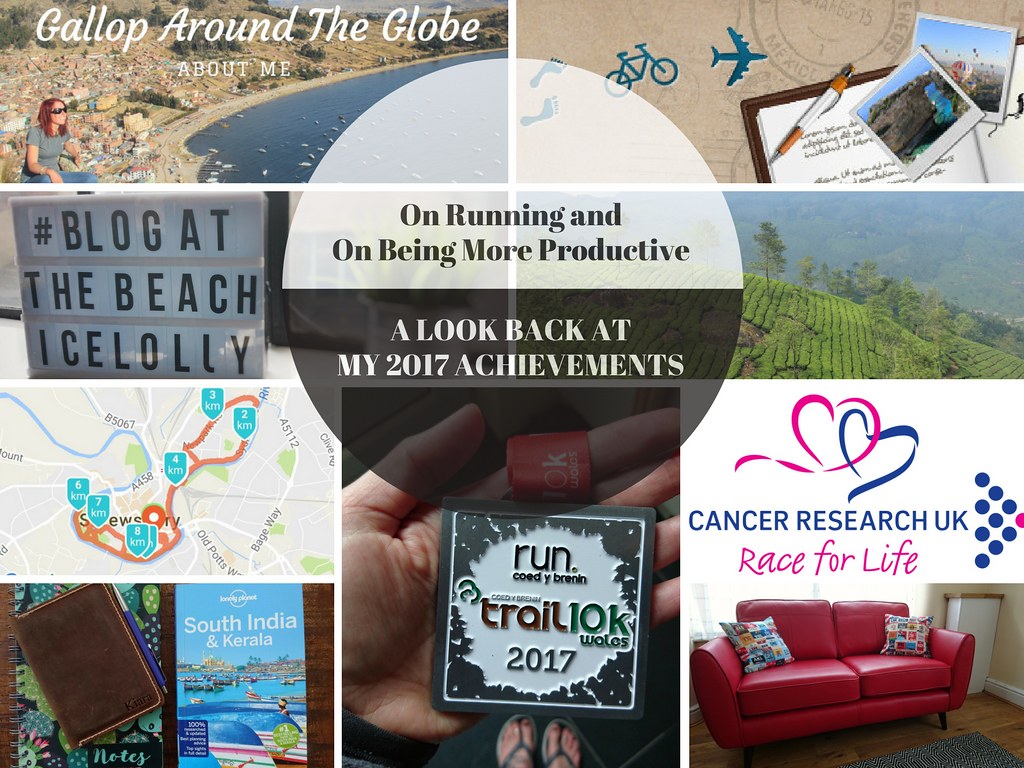 I started 2017 feeling so inspired.  I had plans to complete all of the following tasks before the end of the year:

How well did I do? Pretty abysmally, to be honest.

However, looking back, it’s not like I’ve been lazy this year; I think I was merely being over-ambitious when I set myself all those goals in the first place.  Because I forget how little time you have available to you when you’re already working a full-time day job.  There simply aren’t enough hours in the day.

But I’m not about to spend the entirety of this post beating myself up over all the things I haven’t achieved.  I’m going to celebrate all those that I have.

I took up running and completed my first (and second!) 10K race

I mentioned in 2017 travel plans, goals, and aspirations post that I’d recently purchased a Fitbit Charge 2 and intended to start using it in order to “keep me motivated and maintain my fitness levels.”   Not only did I do that but I also used it to motivate me to take up running on a regular basis.

I started running on 11 April 2017, primarily because I’d signed up to Cancer Research’s Race for Life event on 11th June 2017.  When I commit to something, I hate to give it anything other than my best shot.  And to be confident that I could actually run the 5K (and therefore do all the people who’d sponsored me (and my late father, for whom I was running) proud, I needed to get into training.

I actually surprised myself by how far I could run (without stopping) from the outset.  I guess all the cardiovascular work I do at the gym (some of which includes fast walking and small bouts of jogging on the treadmill) helped a great deal.  So, when I set out for my first run back in March, I managed around 13 minutes (around two kilometres) before I had to stop to catch my breath.  My first run totalled 4.07 kilometres and lasted for a duration of 28.36 minutes, with stops.

For the first few weeks I felt as though I wasn’t improving at all.  I was having to stop at exactly the same spot in order to catch my breath, and the time it took me to get there wasn’t improving either.  But then one day I just decided in my head that I wasn’t going to stop at my usual place; I was going to carry on running.  So that’s exactly what I did.  Forrest Gump style.

I’m not sure I’ll ever be able to call myself a runner per sé, or be able to say that I actually enjoy running.  But it IS addictive.  Each time I ran I’d push myself a little bit further than the last.  So by the 13 June 2017 I’d run my farthest distance without stopping – 8.64 kilometres!

On the 27 August 2017 I completed my first 10K road race in Ellesmere in 55 minutes (it had been my goal to complete it in under an hour) and then a week later I completed my first 10K trail race – in the pouring rain through the beautiful Coed y Brenin Forest – in 1 hr 3 minutes.   I scored a gender position of 36, a category position of 13, and an overall position of 109, out of 244 runners.  Not bad for a first ever attempt at trail running – bearing in mind all my training had been on tarmac. 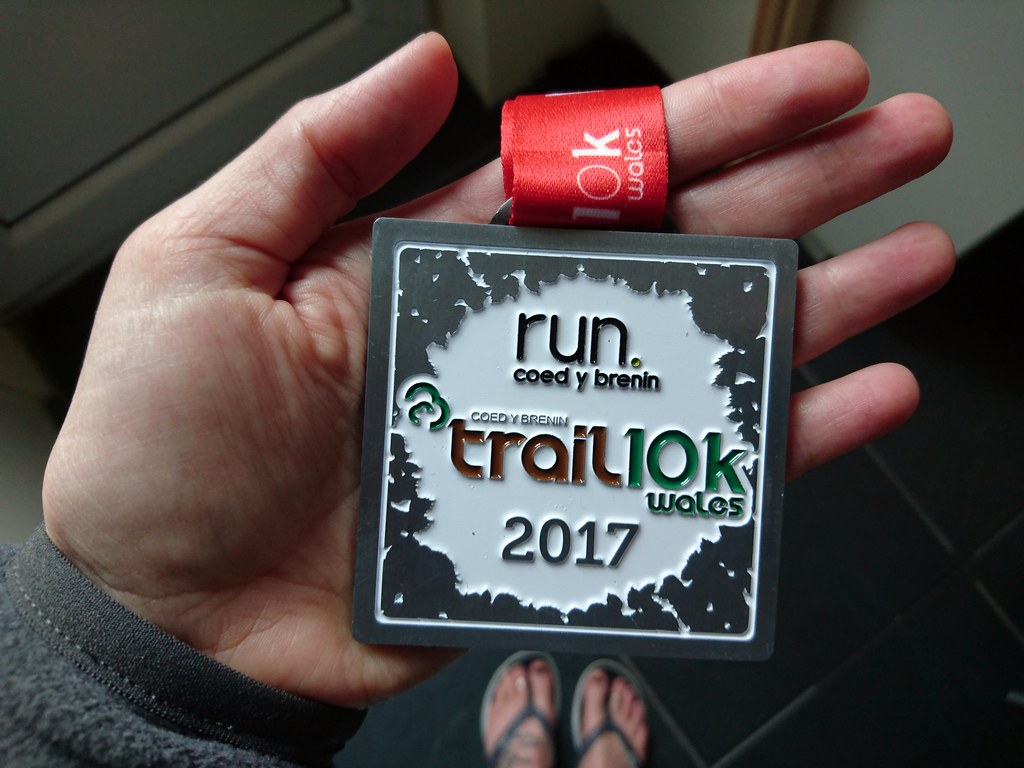 Although the running has been neglected a little ever since it started being dark by the time I finish work, I fully intend to pick up where I left of as soon as the days start drawing out again.  My 2018 goal is to run the Shrewsbury half marathon in June.

There I go being all over-ambitious again!

Maybe I should concentrate on improving on my 10K times first of all….

Before I went to India I had four posts written and scheduled!

One of the things that’s guaranteed to stress me out and take the fun out of writing for this blog is when I’m constantly struggling to stick to my once a week posting schedule.  Why I thought it was a good idea to make “publish a blog post twice a week” one of my goals, I’ll never know!

But I think what I essentially wanted to do was become more productive, and that is exactly what I’ve managed to do.  When I left for India on 22 November 2017, I had four posts written and scheduled (taking the pressure off me while I was there, and allowing me to simply enjoy the experience), and although I wrote nothing for 11 days straight, I still have three posts written and scheduled now (this is the fourth), a month later. 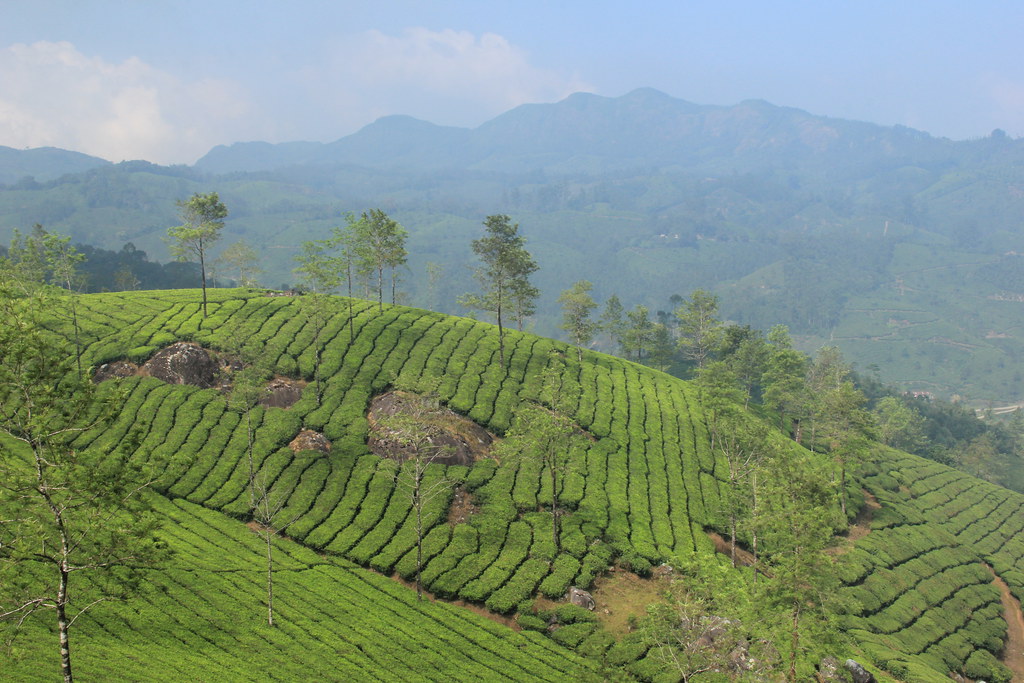 The words seem to have been flowing a lot more easily of late, and my head is bursting with ideas for upcoming posts, so I think I can call that progress!

I have updated my “about me” page

I wrote what was (until about two weeks ago) my current “about me” page when I started my blog back in October 2013.  At the time I didn’t really have a clue what sort of details to include and for what purpose, so I just started writing about my progression from a shy child with an over-active imagination to the part-time travel blogger that I am today.

I was relatively pleased with it as a narrative, but then I wasn’t sure that my readers would necessarily be interested in the childhood games I used to play when I was nine years old, or how I could have gone on to study journalism (and probably have a better day job than I do today) but lacked the confidence in myself and my abilities.

I figured they’d want to learn about me as a person as I am now; about my interests, passions, achievements, likes, dislikes, and quirks, and how they have shaped what my blog has now become.

I also needed to update a lot of the information about the trips I’ve taken, and to include some more recent photographs, and a contact form (which was on its own, on an entirely different page).  Essentially, I just needed to make it a little more professional.

This is what I ended up with.  Let me know what you think! 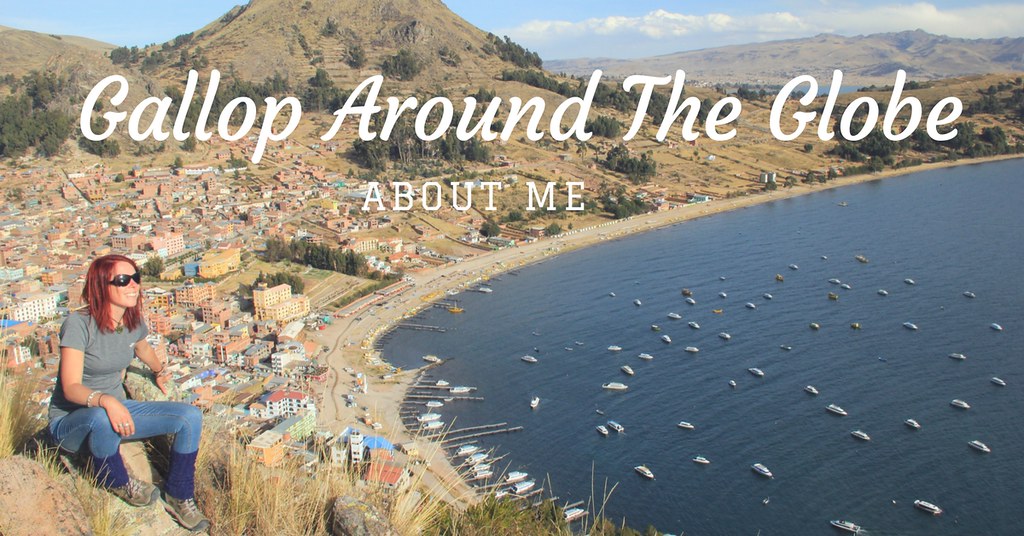 You can read all about my moving house saga in this post, but basically my flat had been on the market since 20 July 2015, and I didn’t actually move into the house I’m now living in until 14 July 2017.  So it was a long time coming!  But I’m definitely feeling more settled now as a result; a feeling that is certainly aiding my productivity.

Of course it didn’t start off this way.  I was without internet for four weeks after moving into my new home, which meant that I had a lot of catching up to do once I was online again.  And then there was the long process of unpacking (which always takes much, much longer than packing), and of turning my house into a home.

It needed quite a bit of maintenance and repair work doing (a list which seems to be growing rather than shrinking; the perils of buying an old house!), so I have refrained from ‘decorating’ (read: putting pictures up) to a certain extent, but it is slowly beginning to come together.  Hopefully by this time next year I’ll be able to show you some photos of the place.

I did attend a second travel blogging conference, but – shhh – I didn’t love it as much as the first

The lovely folk at Ice Lolly (their Blog At The Beach 2015 was the first travelling blogging conference I ever attended) did actually invite me to their 2016 event, but I had to turn down the invitation because I’d be backpacking around Myanmar on the date they were hosting it).

So, remembering how much I loved the first one and how inspired I came away from it feeling, I jumped at the chance of attending their 2017 Blog At The Beach event as soon as I got the invite. 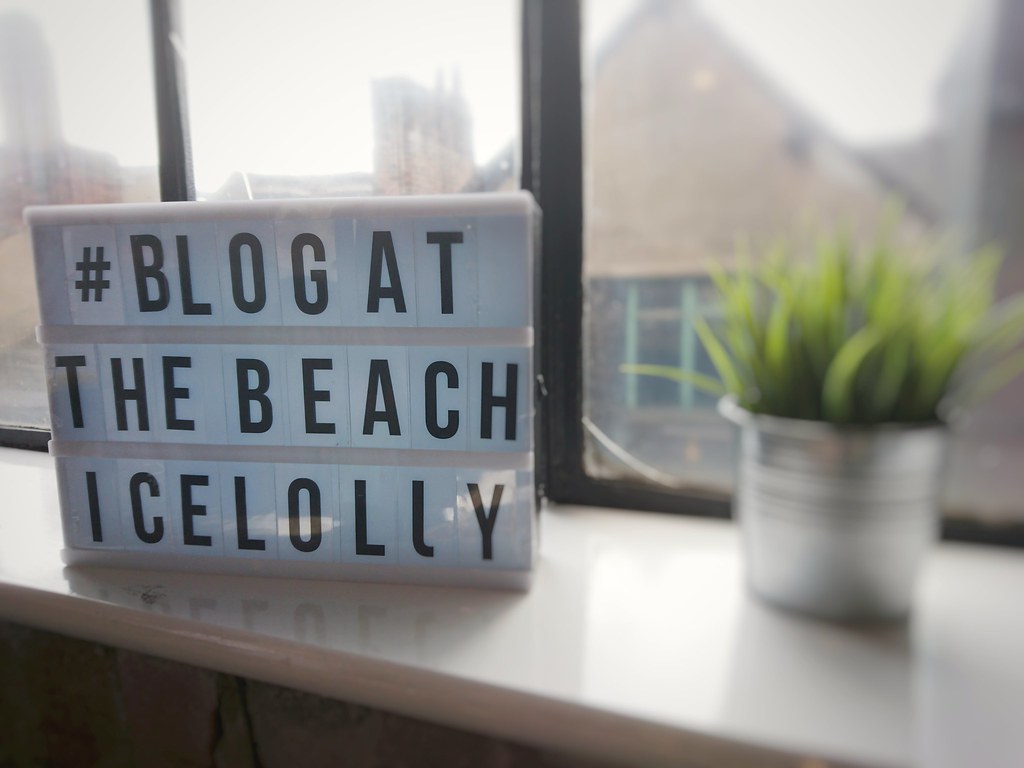 Now I don’t know whether it was my state of mind on the day or because there were three times as many travel bloggers at this event than there were at the first (or the fact that I was probably one of the oldest bloggers there?!), but I just wasn’t feeling it this time around.  At the first event everyone I spoke to seemed genuinely interested in my blog and my travels, and were all keen to share their blogging experience, knowledge, tips and advice with others.  I gelled with people.  I felt comfortable and at ease.

However, on this occasion (with a few exceptions – I had some great conversations with Mike from Pulped Travel, Ed from Rexy Edventures and Tina from Tea is for Tina) I didn’t really connect with anyone.  People seemed more focused on freebies or on getting the perfect Instagram shot than they were on actually wanting to get to know each other or to learn about others’ blogs.

Yes, the talks were inspiring and yes, the advice given within them was both valid and useful.  But this blogging conference just didn’t feel as real as the first.  Is this a sign of things to come?  Is this the way the travel blogging world is changing?

I don’t know yet, but if it is I sure as hell ain’t changing with it.  Because I am much more interested in getting to know you than I am about Instagramming my coffee or checking how many people have liked my tweet, and that’s the way it always will be.

Yes, there are a lot of tasks still outstanding, but I truly believe it’s better to dream big and achieve a little rather than to never dream at all.

Although I may be setting myself slightly more realistic goals for next year! 😉

Next week’s post will look at some of those goals, and also at my upcoming travel plans for 2018.  If you want to be notified when I post it, make sure you subscribe to my posts by entering your email address in the box on the right.  Or alternatively you can follow me on Bloglovin’

How did your 2017 measure up against how you hoped it would at the start of the year?

Travelling Italy with My Cabin Zero Backpack – Gallop Around The Globe

2017 in Review: Eight Awesome Trips and One Long-awaited House Move