The Colourful Colonial Buildings of Trujillo

Up to this point we’d avoided overnight buses, on which – according to Lonely Planet – “muggings and assaults are more likely to occur.”  They’d also warned us that “fatal [bus] accidents are not unusual in Peru”, but as there is no rail network in Peru and airports in only 17 locations throughout the country (aside from the fact that air travel is pretty expensive by comparison), we didn’t have a lot of choice as to whether we travelled by bus in the first place.

However, after some reassuring words from Marv and Sara in Máncora (they’d been travelling in Peru for 7 months, and taken a lot of buses – most of which had been overnight), and armed with the prior knowledge that the scenery along Peru’s coastline is pretty unspectacular to look at,  we decided to bite the bullet and book a ticket on an El Dorado overnight bus bound for Trujillo.

Ok, so I did take a couple of sleeping pills at the start of the journey (partly in order to (hopefully) achieve what they promised (sleep) and partly to subdue my growing concern that the later – or earlier – it got, the more tired the driver would become.  A tired driver = a driver who is not safely in charge of his vehicle, and therefore the lives of his 60+ passengers.

I assume I must have managed to grab at least a few hours of sleep, because the 10-hour journey seemed to fly by.  Having front row seats (and therefore the benefit of ample space in which to spread out and stretch your legs) definitely helped.  However I have since discovered that these are the worst seats to choose in case of an accident (I did wonder why they were not snapped up before any of the others), so we sacrificed comfort in favour of safety on all our future bus journeys.

We arrived into Trujillo at 9am, and were dropped of at Munay Wasi, the hostel we’d booked here for a couple of nights.  Having completed the difficult check-in process with an incredibly scatty old lady who had to ask twice if we’d actually given her any money, we met Linda and Peter (the German couple who’d been part of our final – and most memorable – night out in Chachapoyas).  Ok, I didn’t think we’d been travelling particularly quickly – bearing in mind we’d spent 6 nights in Máncora – but when we discovered that they’d come to Trujillo from Chachapoyas and that we’d stopped at Leymebamba, Cajamarca, Chiclayo, and Máncora in between, we began to reconsider this fact.  Oddly enough they were checking out of the room we were checking into.

Despite her rather eccentric bout of scattiness earlier on, and the fact that we ended up with a double room with shared bathroom instead of a twin private, the lady who owns Munay Wasi was kind enough to offer us breakfast whilst we waited for our room to be prepared (bearing in mind we’re only ‘strictly’ entitled to it on the morning after we’ve stayed for a paid night at the hostel).

Having showered and consumed multiple cups of coffee in an attempt to make us feel a little more awake, we headed out to discover for ourselves whether Trujillo really is as attractive and colourful as it appears in all the photos.

And do you know what?  It really is. 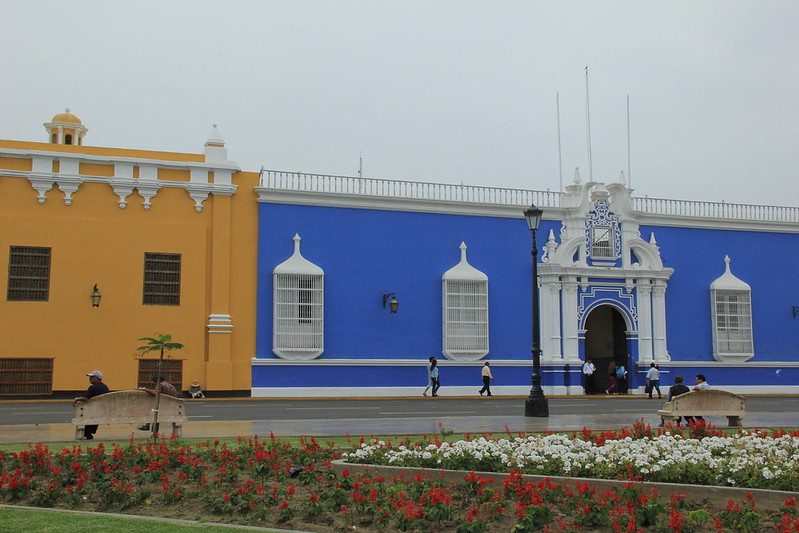 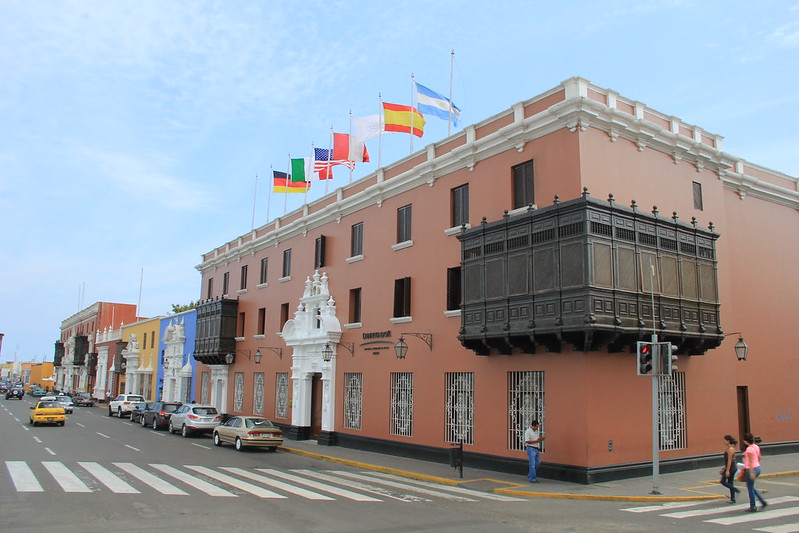 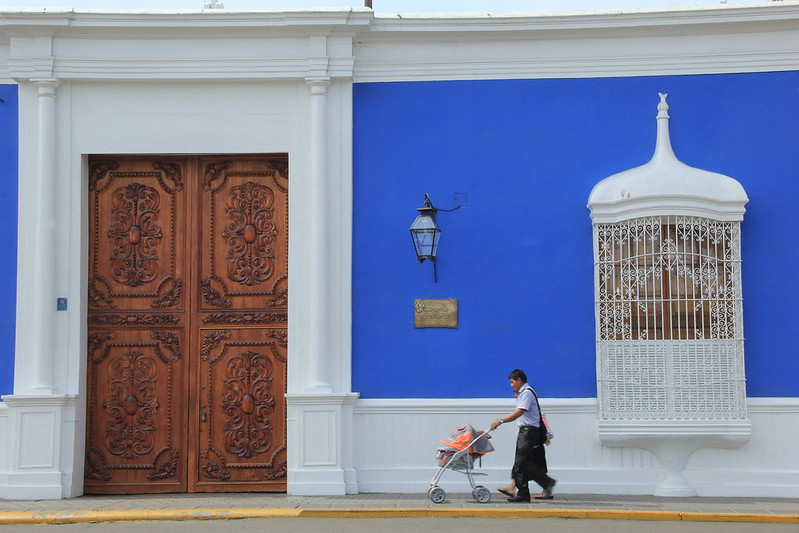 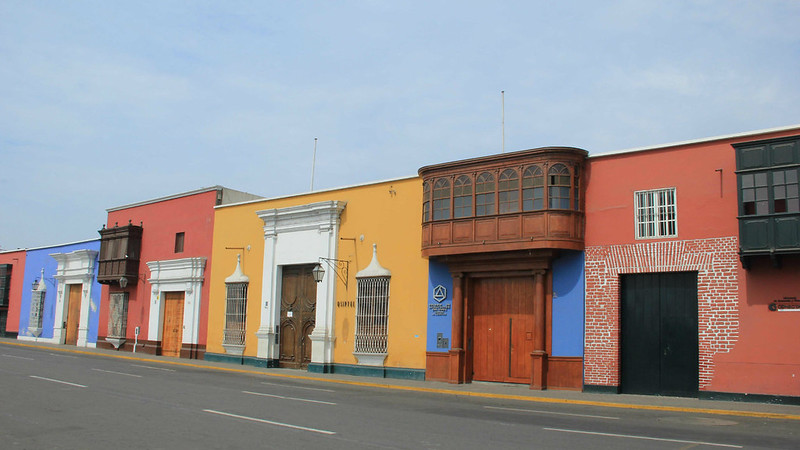 Founded by Francisco Pizarro in 1534, Trujillo is the location of the first Spanish colony in Peru.  Despite its history of left wing politics and rebellion – the city was also the first to declare its independence from Spain in 1820 – Peru’s northern capital has in more recent years only seen the occasional street protest.

It’s more famous nowadays for its many churches, lavish colonial architecture, and colourful mansions, and is home to a lively arts community, having sponsored numerous national and international cultural events. 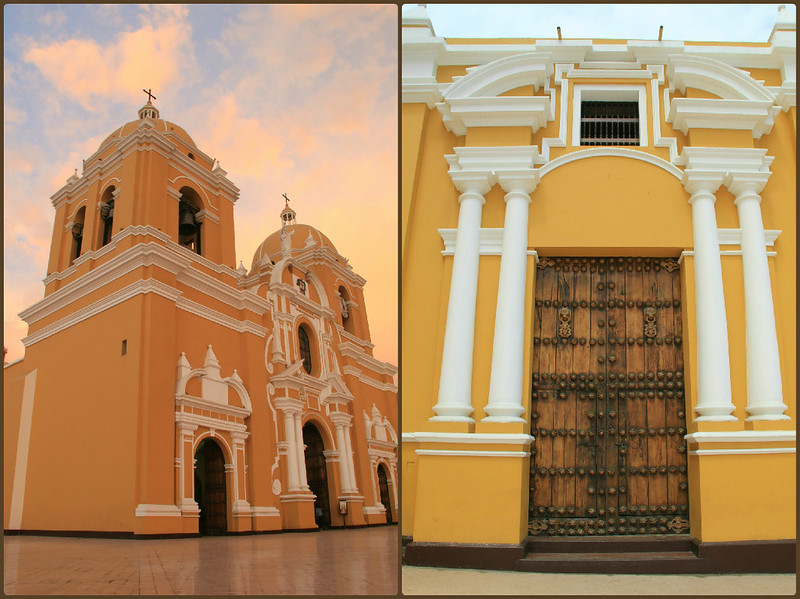 Although Trujillo’s buildings are beautiful to admire from the outside, make sure you time your visit on a week day so that you can also appreciate the inside of Trujillo’s colonial houses, most of which are in good repair and are still in use today. 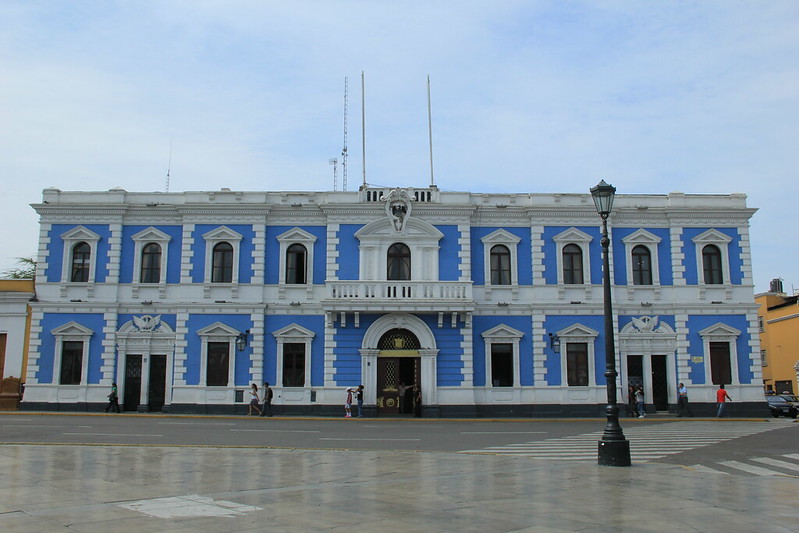 Casa de Urquiaga has been owned and maintained by Banco Central del Reserva del Peru since 1972.  Although originally built in 1604, this colonial mansion was completely destroyed by an earthquake in 1619, and has been rebuilt and preserved since. 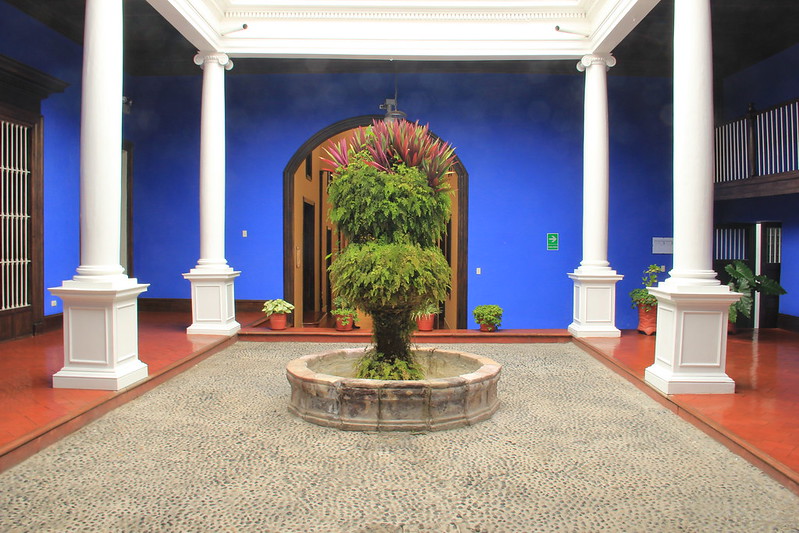 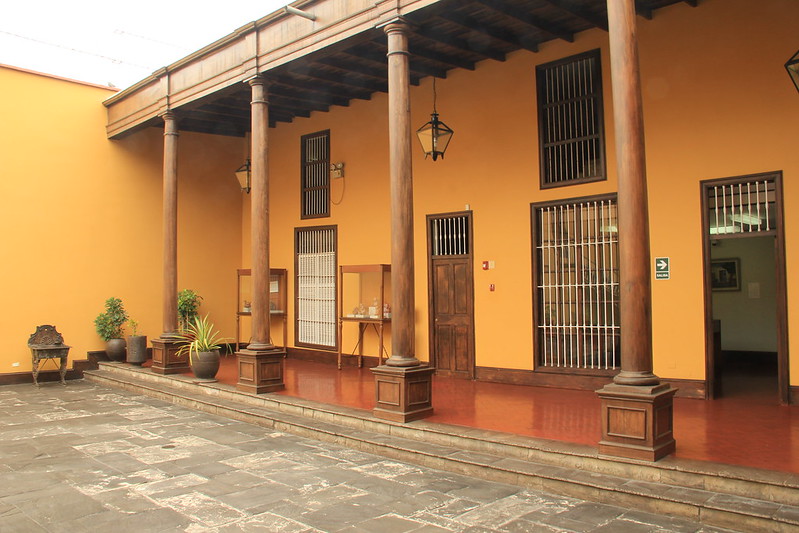 19th century mansion Palacio Iturregui is an ornate, neoclassical-style building which is now used as a private social club. For this reason, although you can wander around the internal courtyard at any time of day, and its completely free, visiting the ornate rooms is restricted. 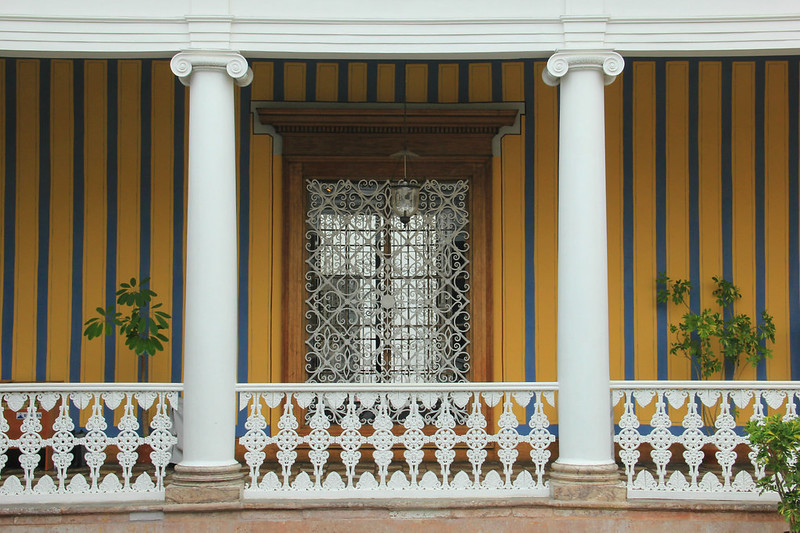 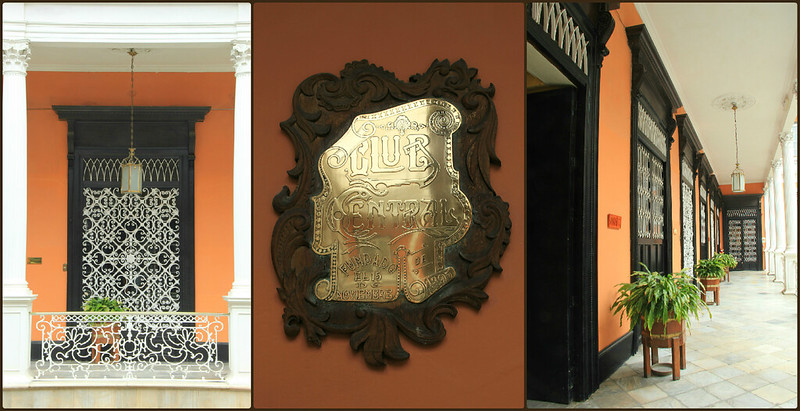 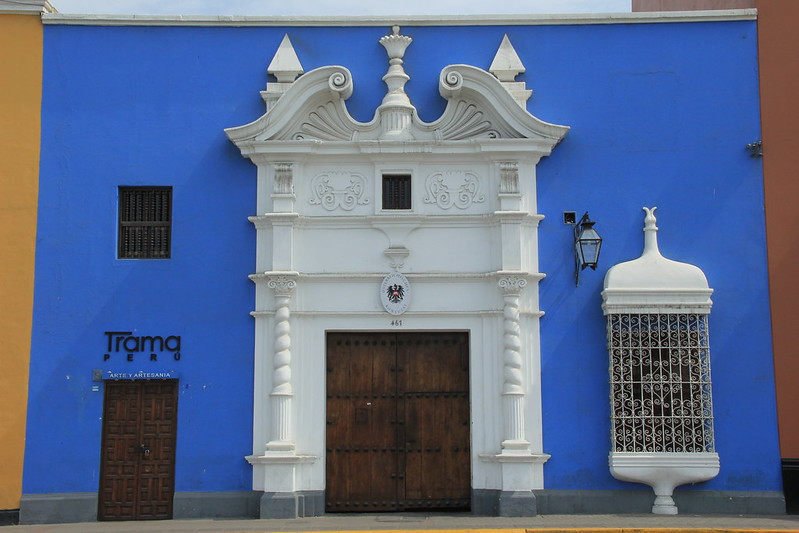 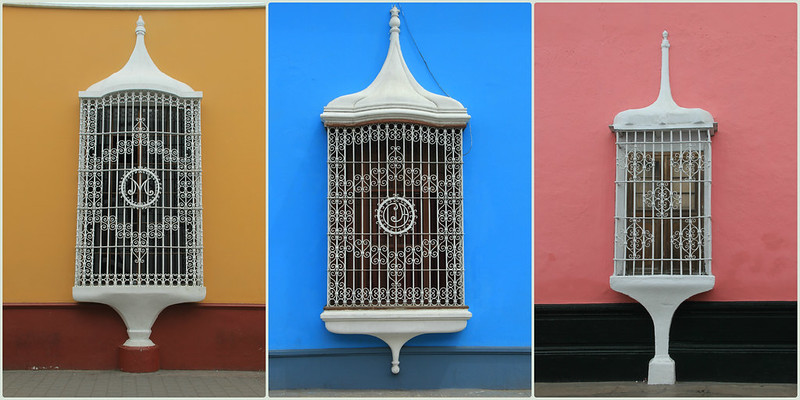 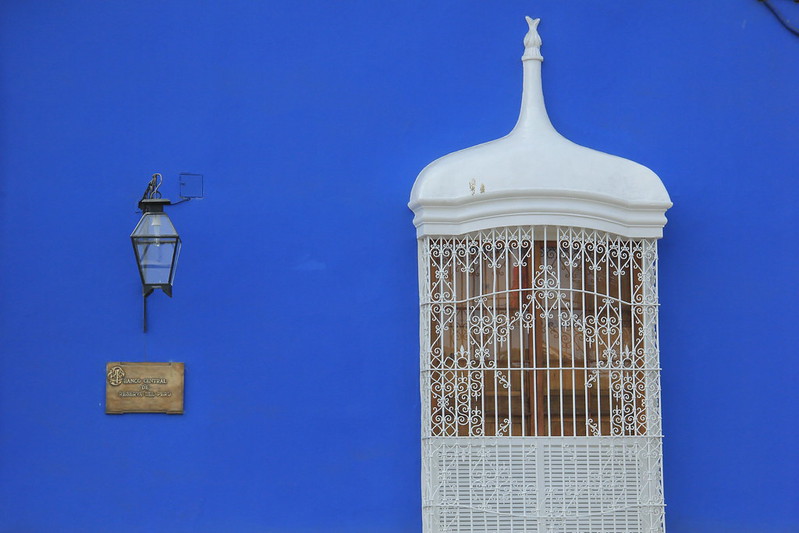 Many of the colonial houses have also been converted into cafes and restaurants, so when we needed a coffee break or something to eat, we could admire the beautiful interiors of the buildings from the comfort of our own seats. 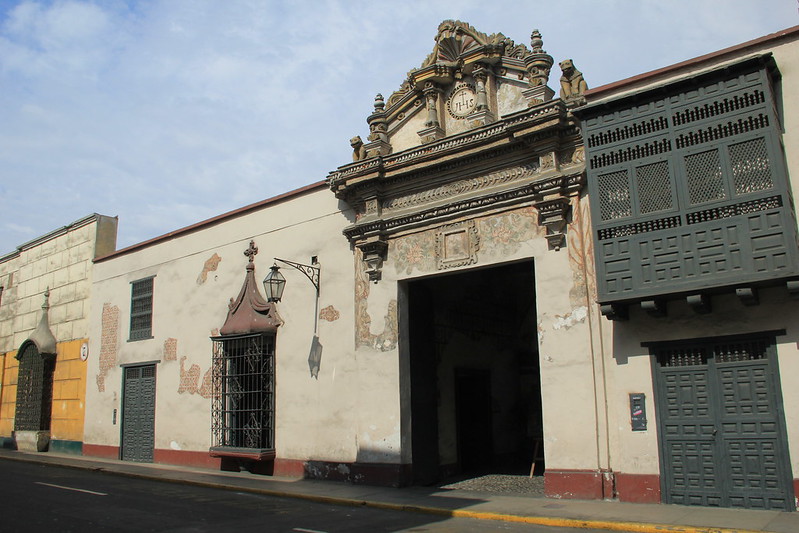 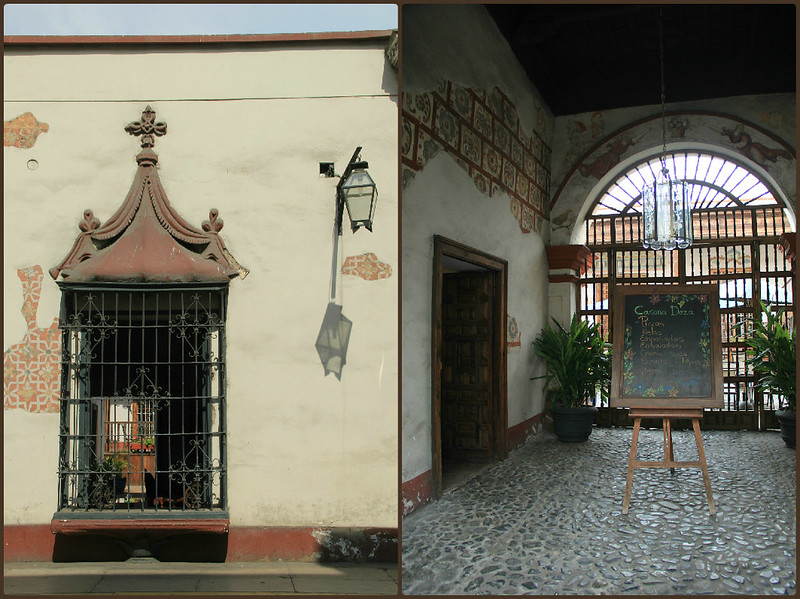 Although Casona Deza (Independencia 630) is extremely over-priced, what you pay for are the incredible surroundings.  This building has character, and is a photographer’s dream. 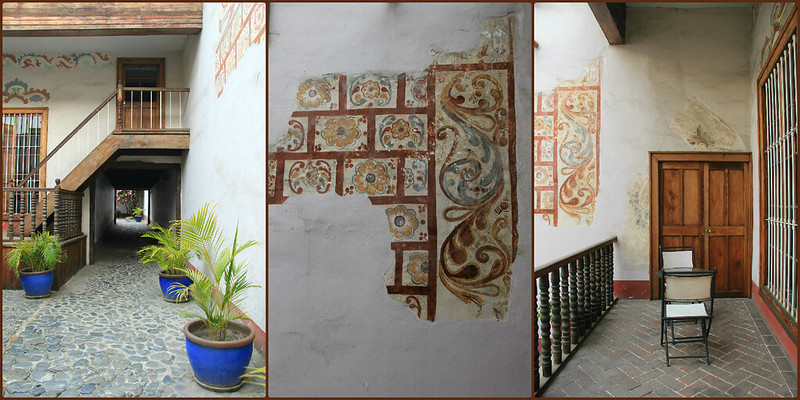 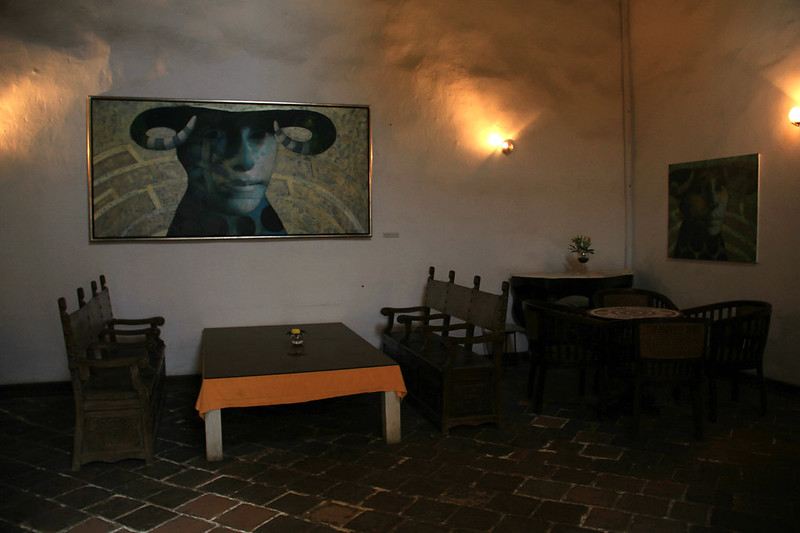 La Llave (yes, it’s one of those annoying Spanish nouns that looks like it should be masculine and it’s not) is located in the Plaza de Armas itself (Orbegoso 471), but is surprisingly much more reasonably priced.

In case you hadn’t guessed by the photographs, ‘llave’ means ‘key’, and the cafe is filled with old keys, some of incredibly ornate and unusual designs, that are hung on the walls or incorporated into the artwork.  They also serve Cusqueña Roja, which is a huge bonus in my book! 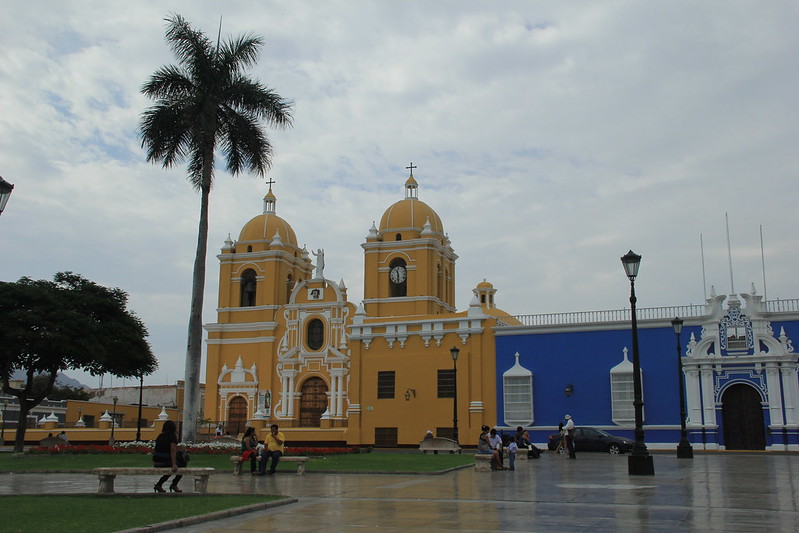 Trujillo is a great place to base yourself to explore the nearby ruins of Chan Chan (the largest pre-Columbian city in the Americas), and is also a lovely city in which to stop for a couple of days in order to break up the long journey from the north of Peru to Lima (or vice versa).

Hopefully my photographs will have shown you that, even when the sun is not shining, Trujillo’s grand and colourful colonial buildings are enough to brighten up any day.  But if you don’t believe me, then why don’t you come and see for yourself? 😉

Iquitos: The Rough Diamond of the North

Getting Higher in Ayacucho

Chan Chan: The Largest Adobe City in the World