Whilst I absolutely love skiing and snowboarding up in the Sierra Nevada mountains, as a traveller it always seems almost criminal to visit this beautiful part of Spain and not explore beyond the snow-covered slopes of Europe’s third highest mountain range.

In light of this, I do my best to tag a few days on to the end of my skiing trips, in which to discover an alternative part of Andalusia.  Sometimes I even choose to stay in Granada and make the 60-minute trip up to the slopes every day, in order to enjoy a more authentic Spanish experience.  And, of course, free tapas.

I’ve spent sunny days getting lost in the labyrinthine streets of Granada’s Albayzín and learning about the city’s Moorish past inside the grounds of its majestic Alhambra, I’ve visited the beautiful city of Seville (the administrative capital of Andalusia and an easy three-hour train journey from Granada), and I’ve taken a road trip around Spain’s pueblos blancos, starting in one of the country’s oldest settlements – Ronda.

But there’s another city that I simply could not miss, if only for the same one building that draws millions of tourists there every year.  I’m talking about the incredible Mezquita –  one of the world’s greatest Islamic buildings.  And the city?  Cordoba.

Córdoba was conquered by invading Islamic armies in the eighth century, and just two centuries later it was estimated to be one of the world’s most populous cities.  The Mezquita remains as an important symbol of the sophisticated Islamic culture that once flourished there. 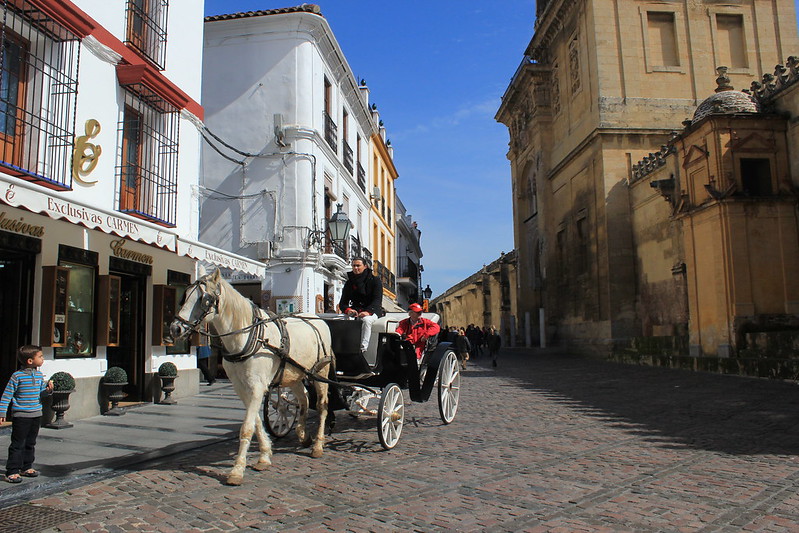 As we were visiting Córdoba during skiing season (which actually runs until the end of April in the Sierra Nevadas; at high altitude snow continues to fall well into the Spring), the city’s streets were delightfully quiet, the tapas bars were populated solely by locals, and we managed to secure a couple of good seats at a popular Flamenco show at the very last minute, without any problem at all.

Travelling during low season also meant that we had our pick of accommodation choices.  We decided upon the charming Pension el Portillo, set in a 19th century building with traditional Andalusian decor and patio, just 500 metres from The Mezquita.

Whether you’re making a day trip from Granada (which is easily doable; it’s under three hours on Spain’s reliable train network) or spending a few days here like we did, here are a few things you shouldn’t miss.

This is probably the reason you’re heading to Córdoba in the first place.  And if it isn’t, then it should be. 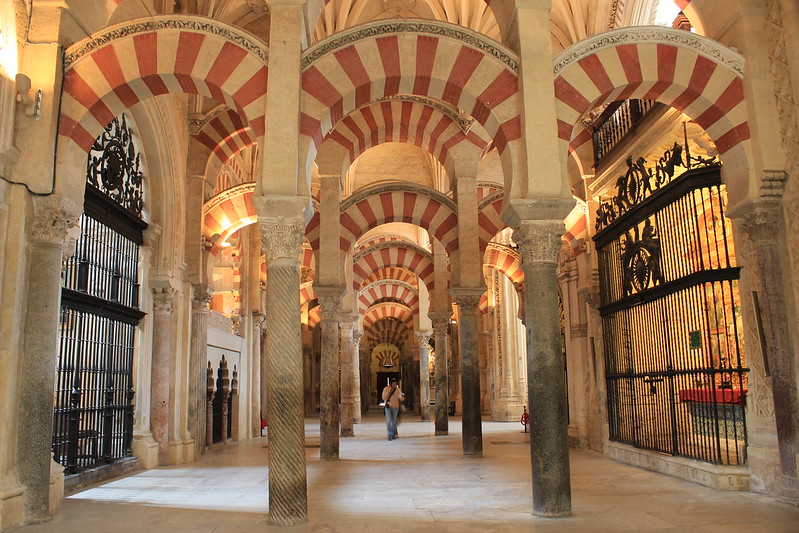 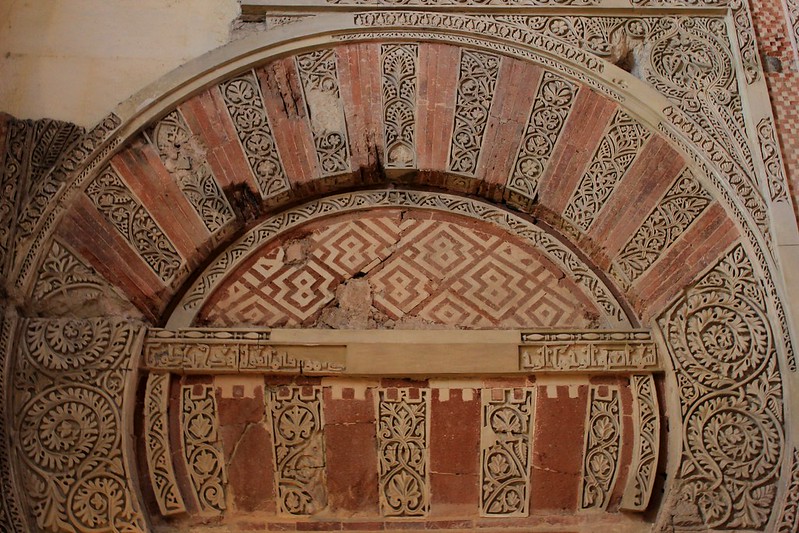 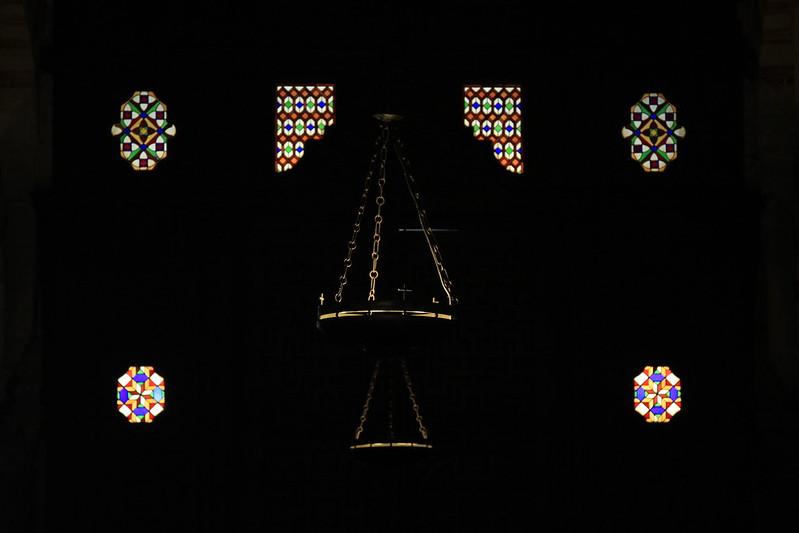 The Mezquita – which is Spanish for “mosque” – was built on the grounds of an old Catholic church.  When Muslims conquered Spain in 711, the church was divided into Muslim and Christian halves, and remained as such until 784 when Arab ruler, Abd al-Rahman I purchased the Christian half, and proceeded to demolish the whole structure in order to build a mosque, five times the size of the original church, in its place. 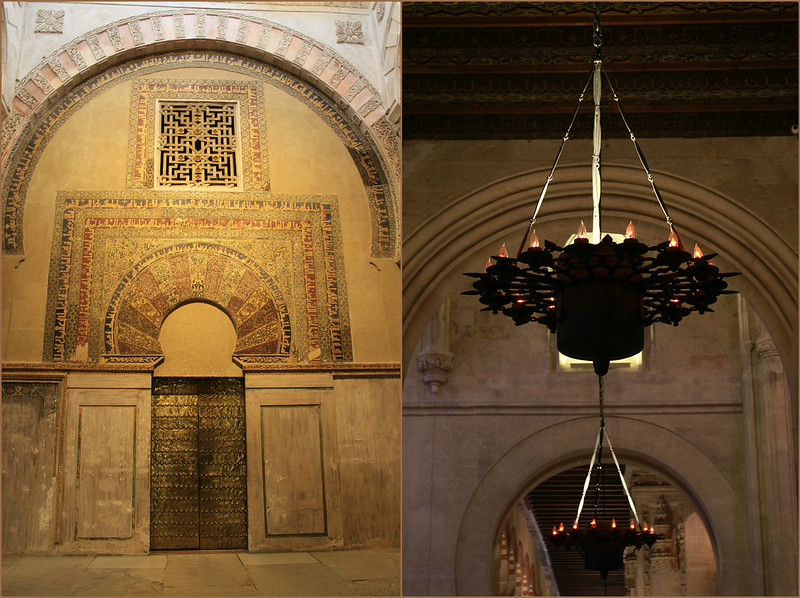 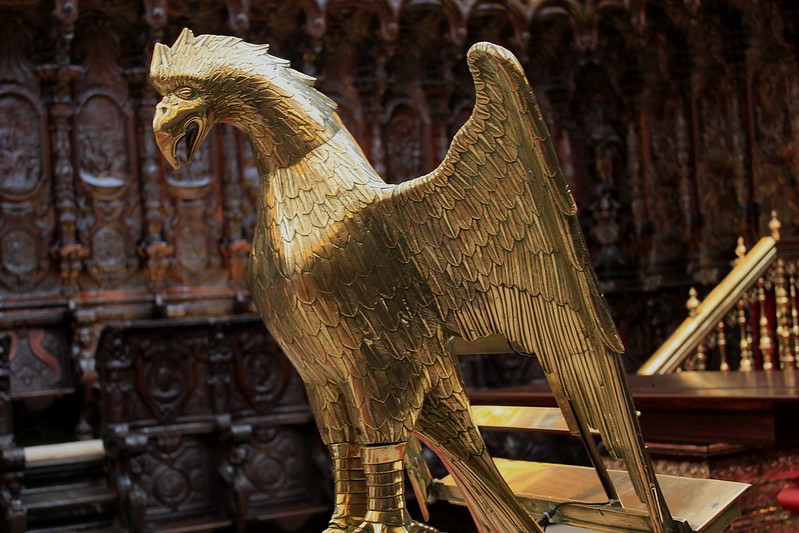 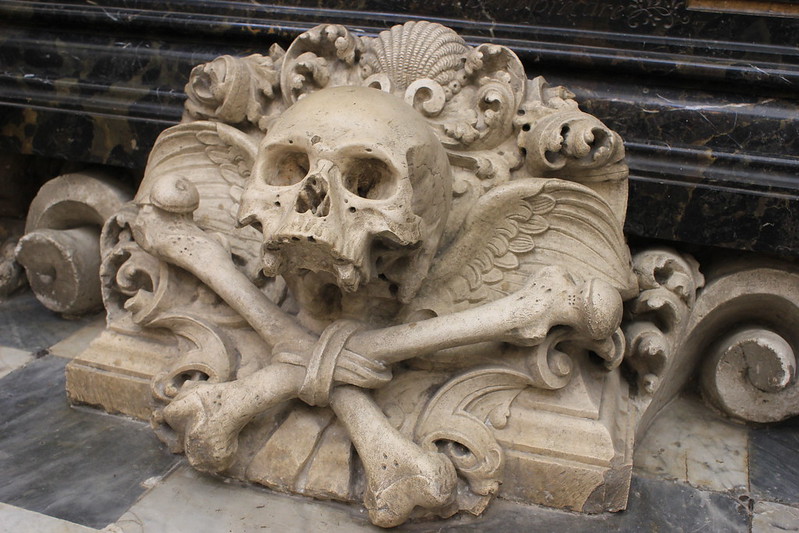 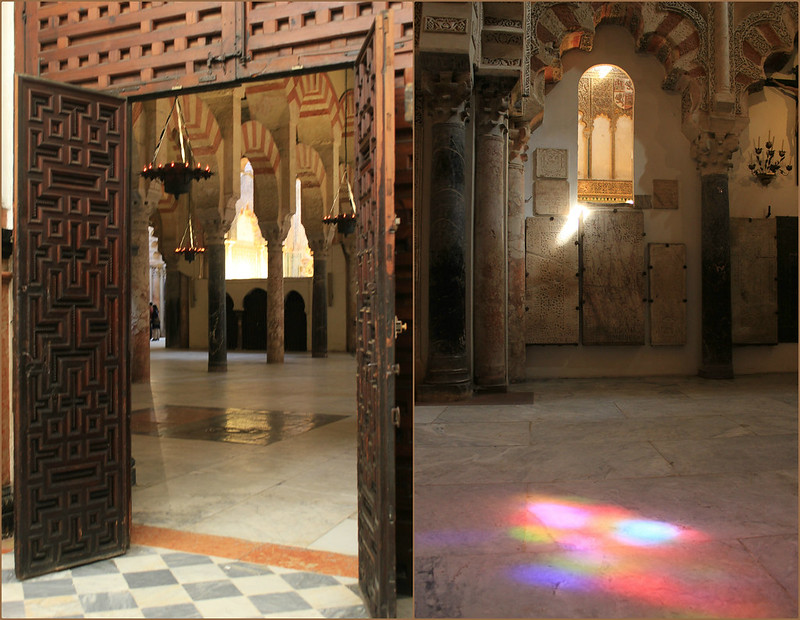 Córdoba was subject to frequent invasion in subsequent years, but it wasn’t until 1236 that it was captured from the Moors by King Ferdinand III of Castile.  As a result The Mezquita is now an intriguing mix of Moorish and Christian architecture, Moorish at its heart but incorporating chapels and a nave, and with a 16th century cathedral at its core. 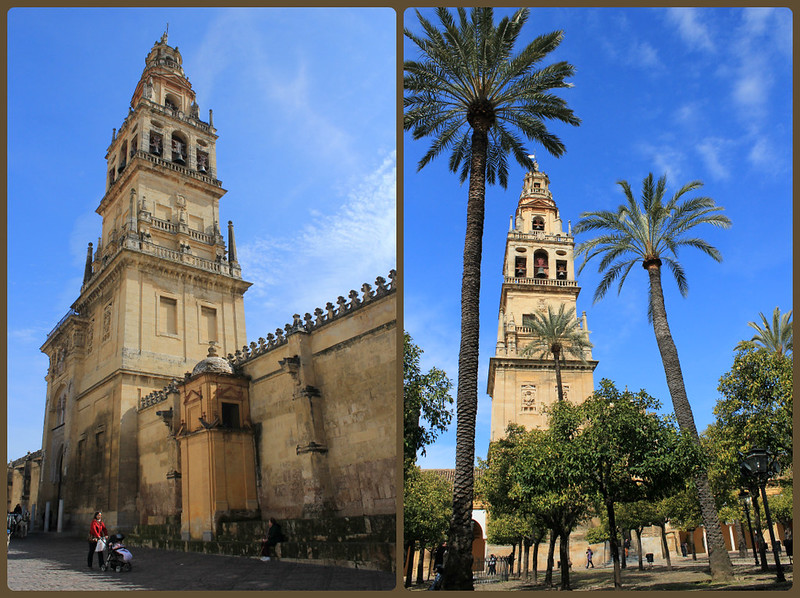 Built under Castilian rule by Alfonso XI in 1328, the palace was home to Catholic Monarchs, Ferdinand and Isabella, and also served as the headquarters of the Spanish Inquisition for nearly 300 years between 1492 and 1821. 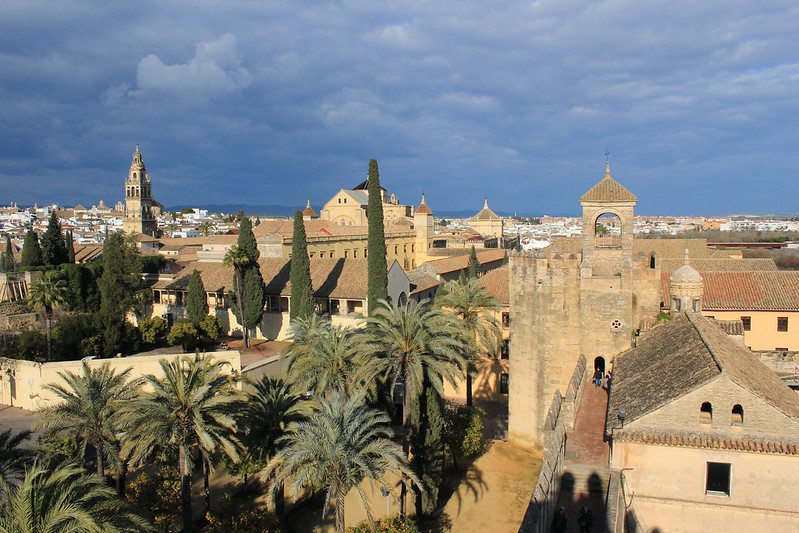 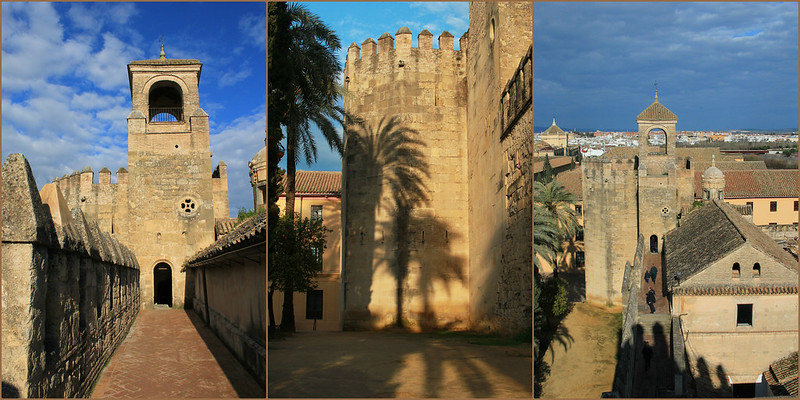 There are some fantastic views of Córdoba if you climb one of the three towers and walk along the palace’s defensive walls.  There’s also Roman mosaics and sarcophagi from the second and third centuries, and some lovely serene, terraced gardens, complete with fish ponds, fountains, orange trees and flowers. 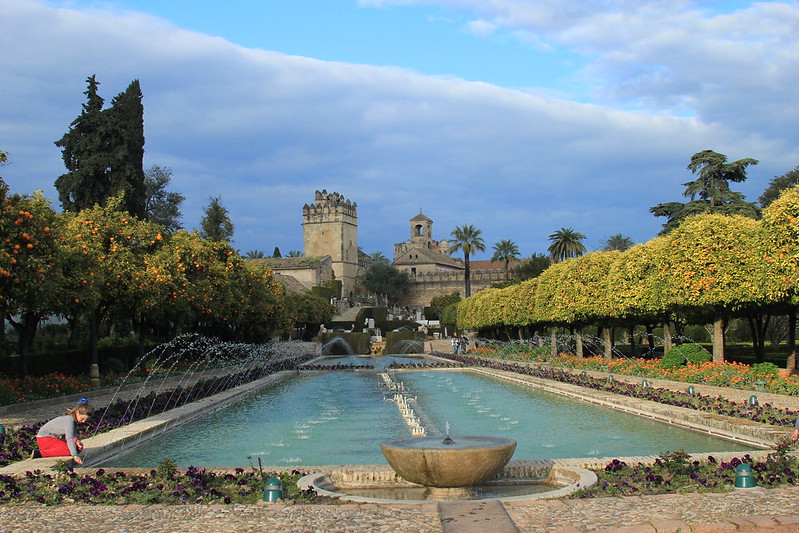 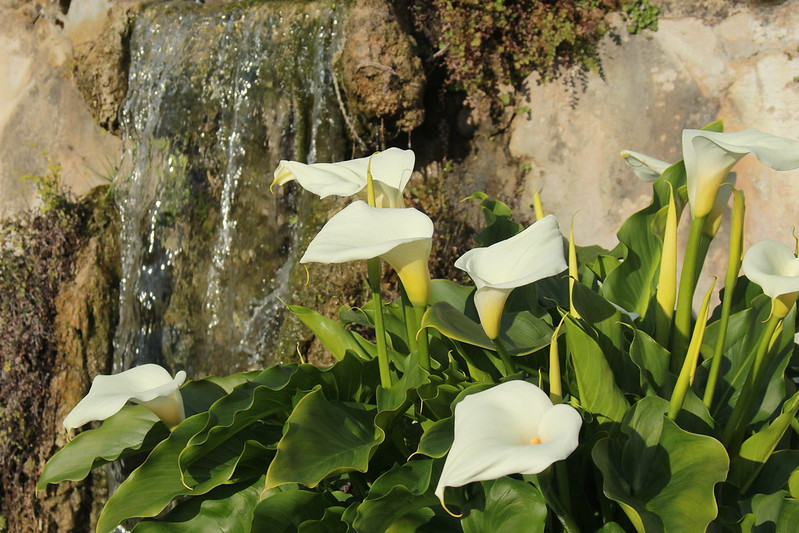 I’d never seen a live Flamenco show before I came to Córdoba, so when I noticed that one of the venues recommended in our Lonely Planet guide was literally opposite The Mezquita, and they still had available tickets for the show that evening, I jumped at the chance. 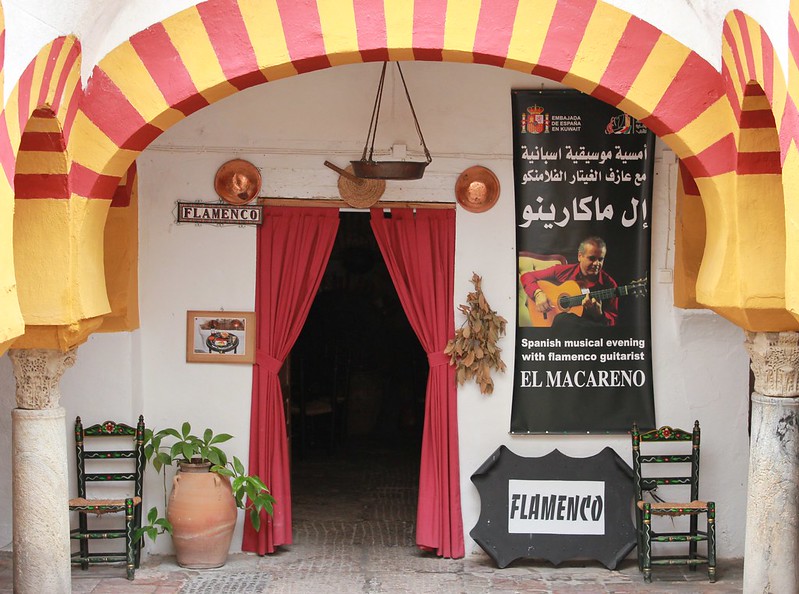 Tablao el Cardenal showcases a nightly performance from five of the city’s award-winning Flamenco dancers.  Whilst I loved the live Flamenco jam session I was lucky enough to catch in Barcelona as much, if not more, than this show, I was still transfixed by the amazing choreography and costumes for the entire two hour show.

There are a number of tapas bars scattered around Córdoba’s historic core, but our favourite (of those we tried) was Mesón de las Flores.  Tucked down a side street in the city’s Jewish quarter, this tiny tapas bar is standing room only, but the tapas is amazing (try the gambas al ajillo – spicy garlic prawns), prices are extremely reasonable considering its proximity to The Mezquita, and the portion sizes are good.

Although bacalao (salted cod) is more common in Portugal and Galicia, it’s widely available throughout Spain and appears on many a restaurant and tapas menu in Córdoba.  We ate some in this inviting little dining establishment whose decor was reminiscent of the interior of The Mezquita. 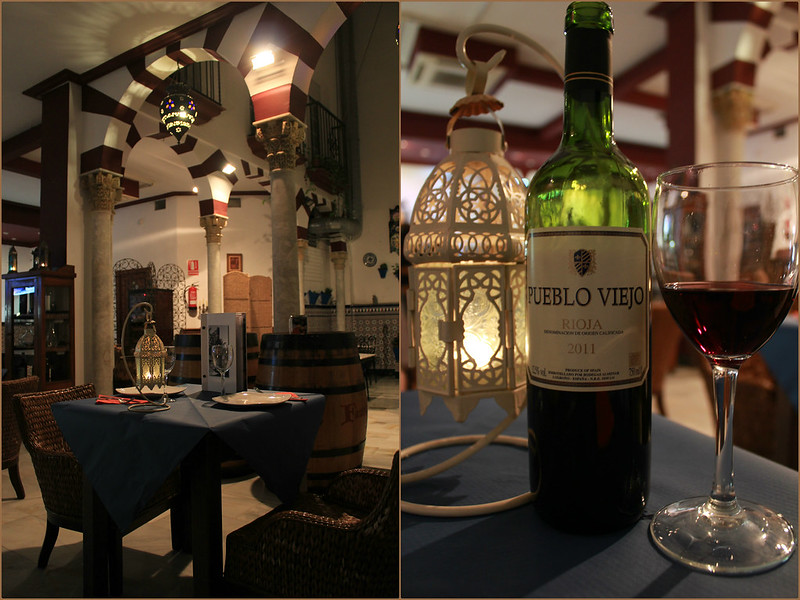 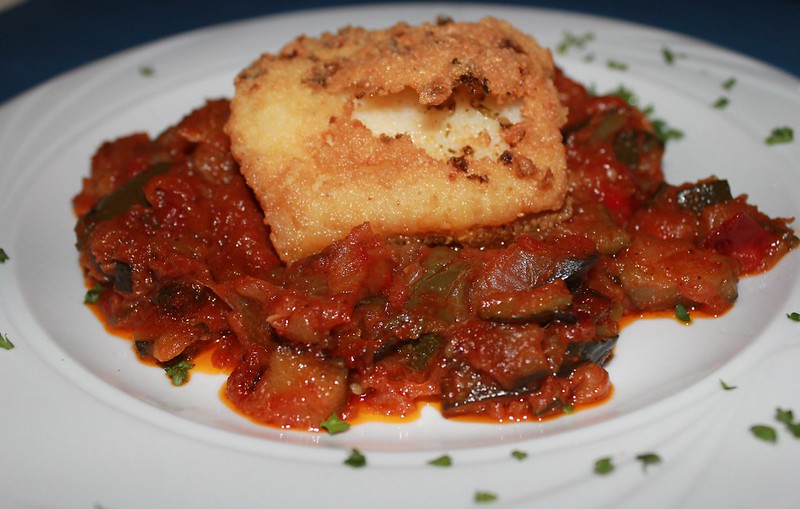 The Puento Romano and Rio Guadalquivir

Probably the second most photographed landmark in Córdoba is its Roman bridge, which spans the Guadalquivir river just below the Mezquita.  The 16-arch bridge is now traffic-free but once formed part of the ancient Via Augusta, linking Girona (Catalonia) to Cádiz. 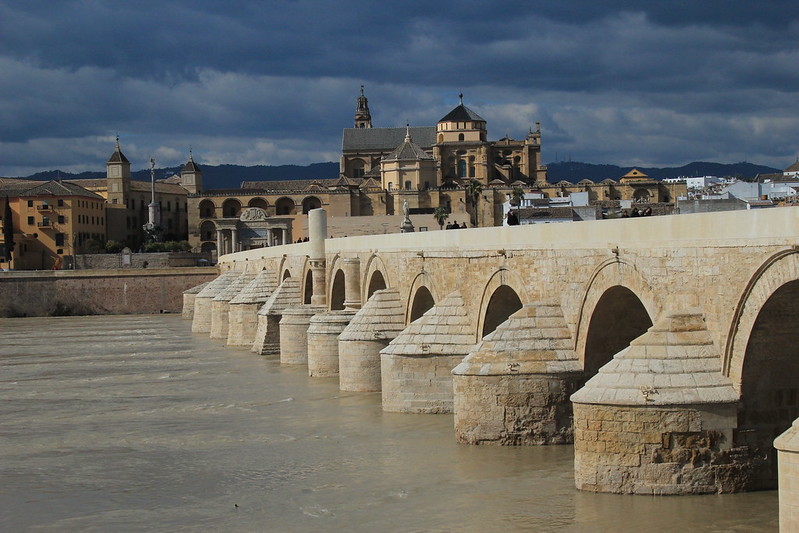 Having an aimless wander around the city’s historic streets

I don’t know about you, but one of my favourite pastimes in a new city is to take an aimless wander through its streets.  It helps me not only to get my bearings, and familiarise myself with nearby amenities (read: good coffee and available wifi), but also I find it incredibly relaxing and it enables me to discover details that I wouldn’t otherwise notice if I was simply walking from A to B. 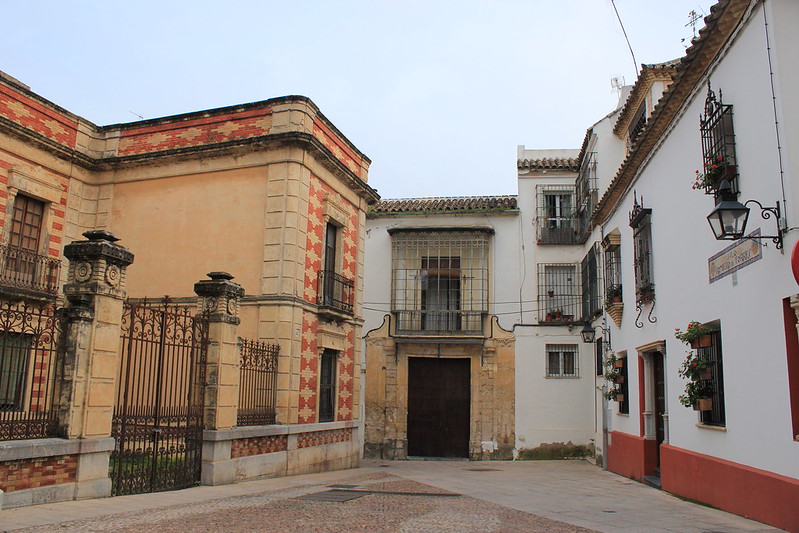 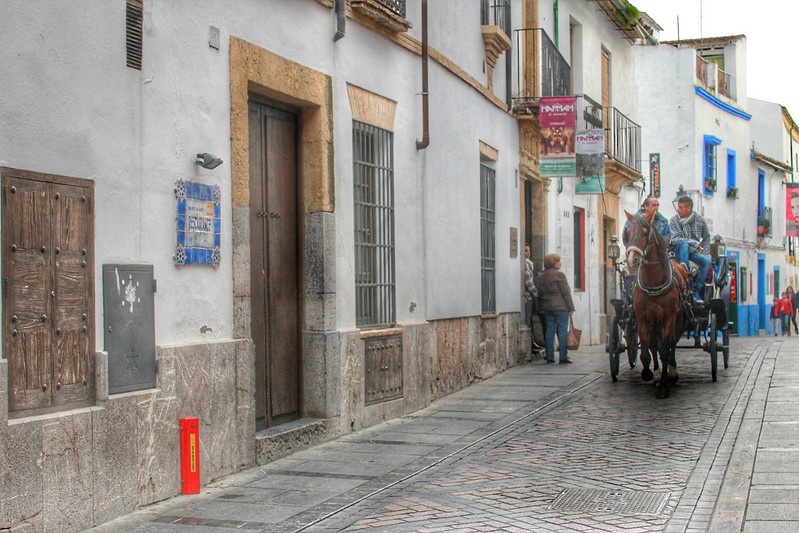 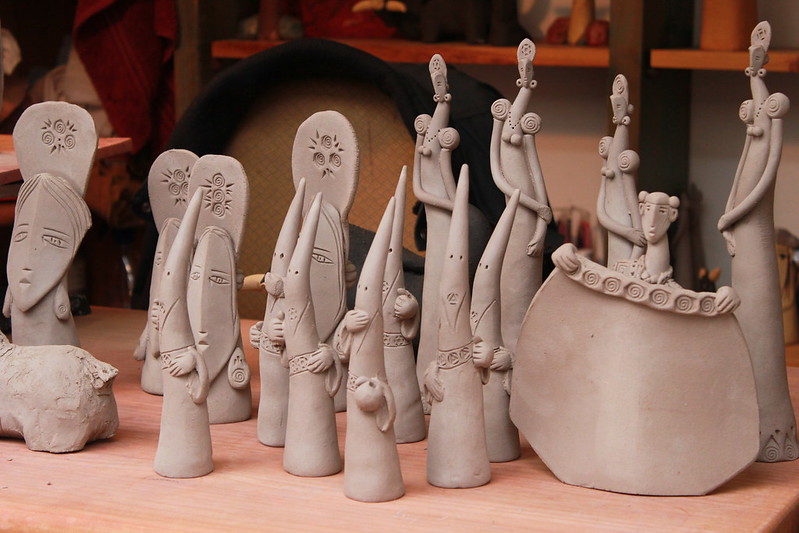 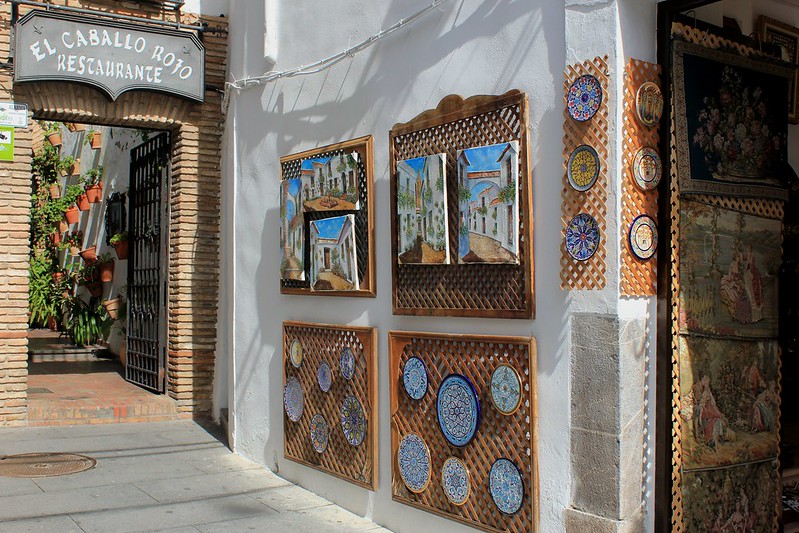 Although it’s a city with approximately 350,000 inhabitants, the centre of Córdoba has a lovely small-town feel to it (especially if you visit off-season) and the majority of its sights can be easily seen in just a few days.

Do any of you have any recommendations?

11 Gifts the Traveller in Your Life Would Never Be Without