This is the second in the series of my Volkswagen Beetle photo essays.  The first introduced you to the origins of this quirky little vehicle, charted its development over the years, and then took you on a journey through the Peruvian cities of Cajamarca, Chiclayo, Trujillo, Huaraz, Tarma, Huancayo, and Ayacucho.

In this one, we cross the border into the neighbouring South American country of Bolivia.  Having spent over 3 months in Peru (only one of which I was legally granted when I arrived, but more on that later!),  fitting everything that I wanted to see and do in Bolivia into 6 weeks of travel, was going to be tricky.

Although Bolivia’s population is relatively small (10,000,000 – 70% of whom live in La Paz), it’s the 28th largest (by area) country in the world.  So the majority of its 1,098, 581 square kilometres of land are barren or covered in jungle, and incredibly sparsely populated, meaning that travel within the country can be long, difficult, and arduous.  This is made worse by Bolivia’s regular road blockades – which are a direct result of the country’s political instability, and can last for weeks on end.

In spite of this, we still managed a few days in Bolivia’s de facto capital of La Paz (including a trip on el teleférico to El Alto), an insane mountain-biking adventure down the Yungas Pass (more commonly known as Death Road), an 11 kilometre zipline experience high above the Yungas Valley, a day trip to the beautiful Isla del Sol on Lake Titicaca, a tour of the mines in Potosí, the highest city (of its size) in the world, a 4-day expedition from Tupiza, through some of the most remote and spectacular landscapes I’ve ever laid eyes on, to the incredible Salar de Uyuni, 3 weeks in the White City of Sucre, learning Spanish with South America Spanish School, and a couple of days in the tropical metropolis of Santa Cruz.

For a country that seems to be built for slow travel, we moved through it at a comparatively fast pace.  But wherever we were we always remembered to stop and catch our breath – both literally and figuratively – and to take far too many photographs (if that’s actually possible?), including several of my favourite car on the planet – the Volkswagen Beetle.

So whilst I attempt to perfect my upcoming post about Cusco (how can my words and photographs ever do that place justice?), here’s some photographs of the wonderful V Dub Bug spotted in and around the towns and cities of Bolivia.

Sagárnaga (where this Beetle was parked) runs through the historical centre of La Paz and is lined with cafes, shops and restaurants on either side.  You can follow Sagárnaga as far as Plaza San Francisco and its imposing, decorative cathedral.

A lot of people only come to Potosí to visit the mines, but the city actually has a very attractive historical centre, with a wealth of colonial architecture to marvel at and photograph.  That’s exactly what I was doing when I spotted this Beetle, parked on one of the quiet back streets just metres from our hostel. 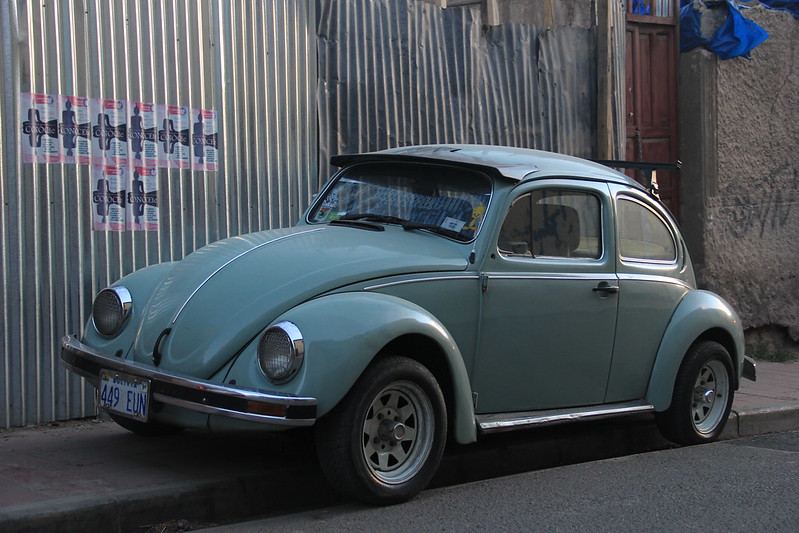 Now I don’t know whether it was because I spent almost 3 weeks there, or whether the city’s streets were in fact awash with them, but I saw more Beetles in Sucre than I did anywhere else – including one cunningly disguised as Herbie from the film series than spanned 3 decades towards the end of the 20th century (and started with The Love Bug in 1969).

There was the one that was permanently parked outside the Celtic Cross Hostel every time I climbed up Grau in the direction of Plaza Recoleta. Although you have to endure a 10-15 minute walk up a very steep hill in order to reach Plaza Recoleta, I loved coming up here for the stunning views of the city down below. It’s also the location of the Museum of Indigenous Art (one of Sucre’s best museums) and the oldest street in Sucre – Calle de Gato Negro. 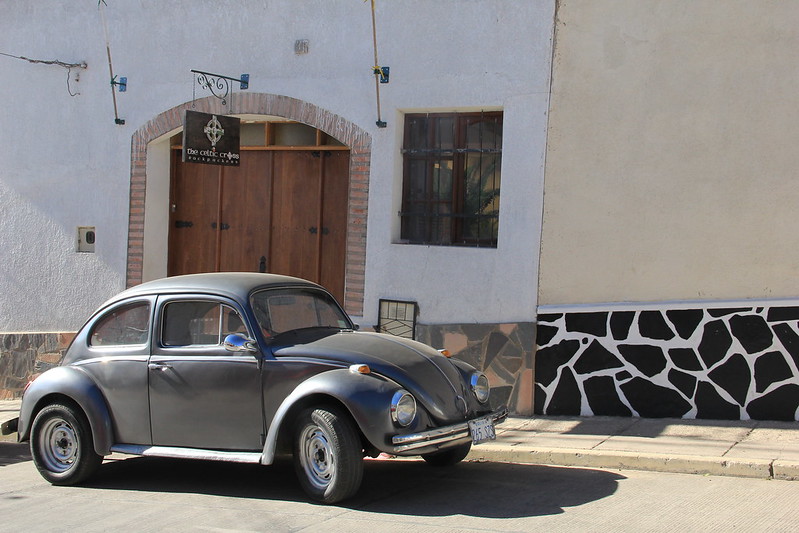 There were the modified ones…. 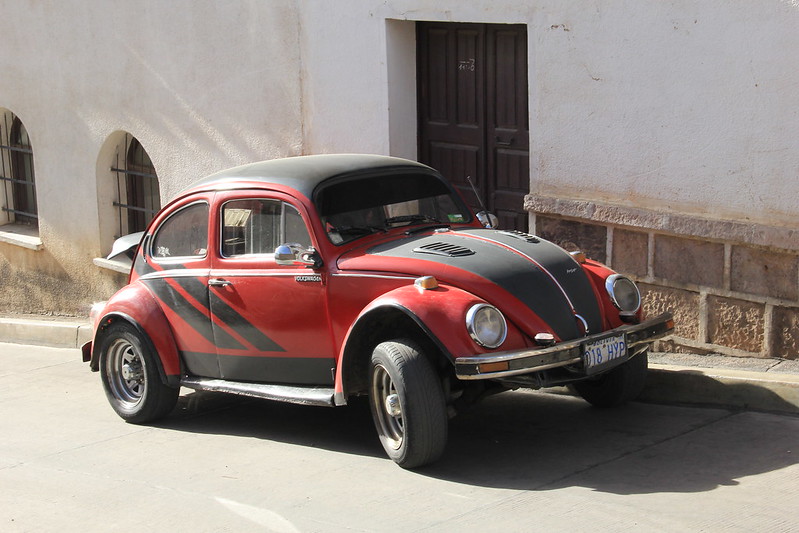 The one that was parked along Nicolas Ortiz, one of the roads that led into central Sucre from my fantastic temporary home in the city…

and the one that, much like I did, whiled away its days in the city’s Plaza de Armas.  An afternoon of savouring my favourite coffee in Metro, photographing the dancing traffic Zebras, or sitting in the sun on one of the plaza’s many benches, completing my Spanish homework assignments, people watching or eating Chirimoya-flavoured ice cream, was always an afternoon well-spent. 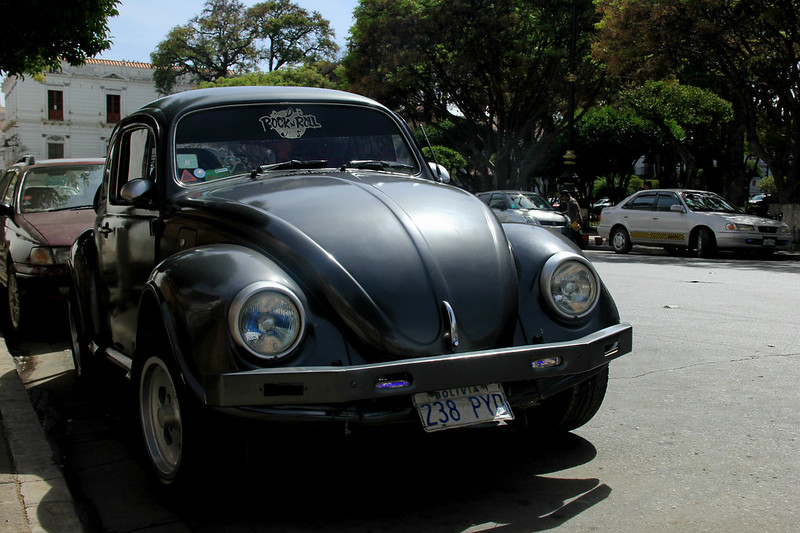 Wherever I chose to roam in Sucre there were Beetles to compliment my journey and the photographs I took along the way.

So that concludes the second in the series of my Volkswagen Beetle photo essays.  Should I do a third? 😉

Do you have a favourite subject (car or otherwise) that you like to photograph on your travels?  Or do you have any Beetle photos you’d like to share?

If so please tag me…

Exploring the Ruins of the Ancient Wari Civilisation

Uncovering the Charms of Modern-day Cusco