Ollantaytambo (or Ollanta, as it’s known to locals and tourists alike) is a quaint little village nestled in the picturesque Urubamba valley.  Ollantaytambo has three claims to fame.  The first one is that hundreds of tourists pass through here every day on route to start their 4-day Inca Trail trek (Km.82 is just 15 kilometres west of Ollantaytambo), but few of those return.

Its second and third claims to fame are reasons why they should.

Secondly Ollanta is home to a charming network of narrow cobblestone streets, flanked with traditional stone buildings and babbling irrigation channels, that have been continuously inhabited (by the Incas and their descendants) since the 13th century.  It’s one of the few surviving examples of an Inca grid system. 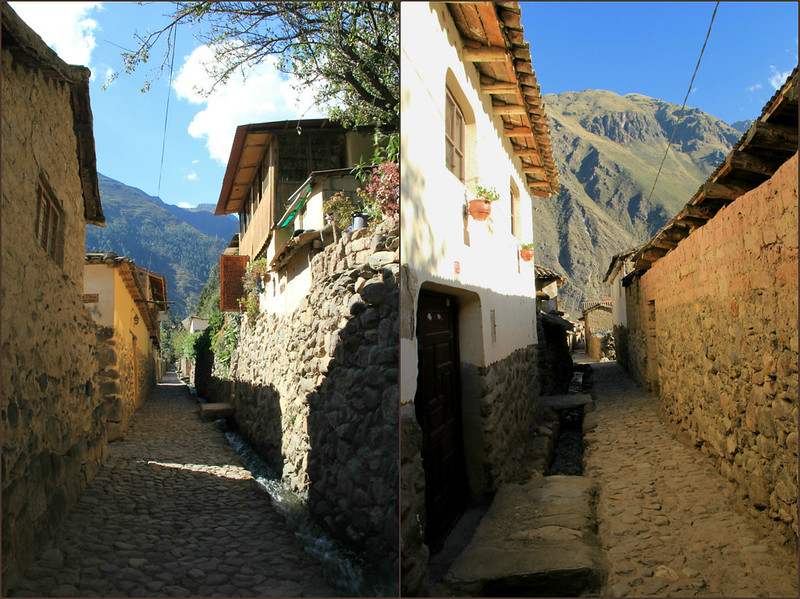 As if this alone wasn’t reason enough to warrant a trip to the village (and by the way, it is), Ollanta is also dominated by two massive Inca ruins.  One will cost you at least 70 soles (£14.87) to visit, and the other is free.

But few people ever visit the other one.

To be fair, I wouldn’t have known how to reach Pinkuylluna (or even if there was in fact a footpath to enable me to do so) had the incredibly helpful lady at my hostel not given me directions.

Access to the ruins is hidden away within the maze of centuries-old cobblestone streets, and is very easy to miss – even if you’re actually looking for it. 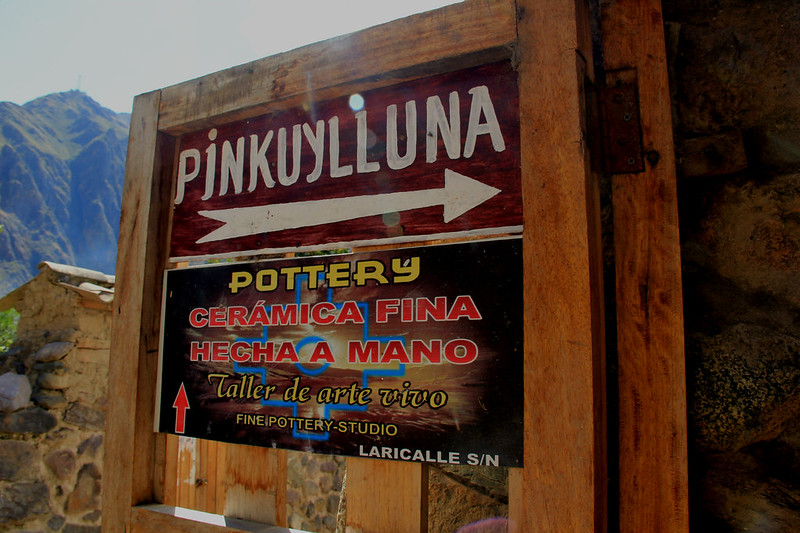 Through the gate there is a small (and very uneven in places) stone staircase that climbs quite steeply behind the backs of the traditional stone buildings, whose crumbling roofs are the only visible sign of just how old they really are. 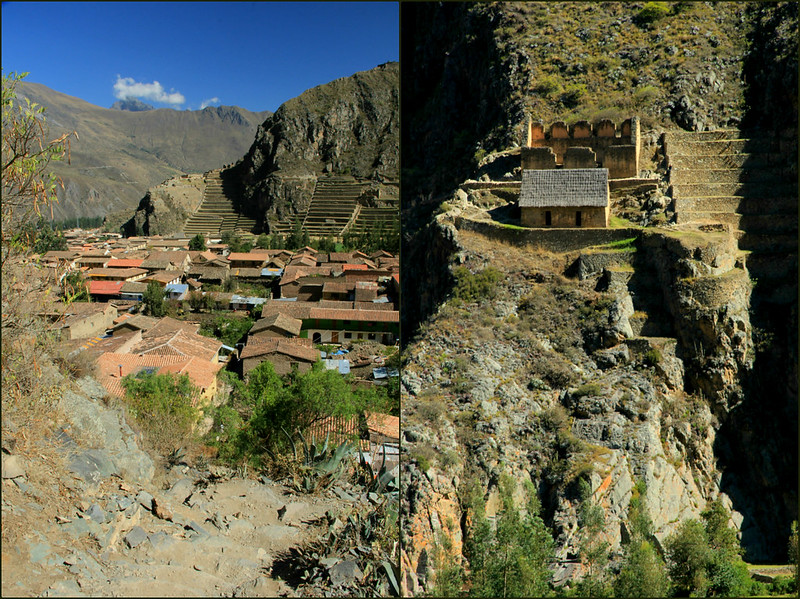 It may be a recognised walkway but the path up to the ruins of Pinkuylluna is certainly not well-maintained.  In parts it doesn’t even look like a trail at all, and I certainly wouldn’t recommend the climb if you’re not reasonably sure-footed (yeah, I probably should’t have attempted it myself then!) and aren’t wearing good footwear.

It wasn’t long before I was starting to wish I’d tried a little harder to persuade Stu to come with me. 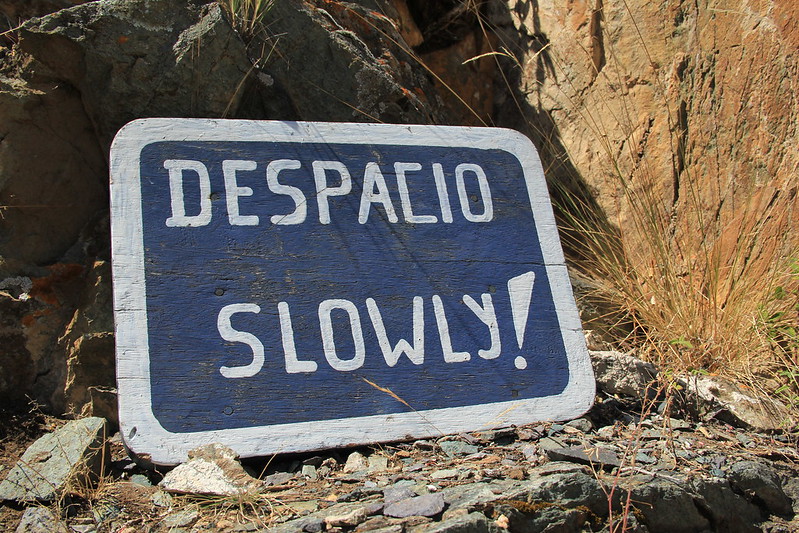 The path did improve slightly after the initial climb but was still incredibly narrow in parts and clung rather precariously to the edge of the mountainside.  I picked my way through cactus plants and over loose rocks, and eventually found myself at my destination. 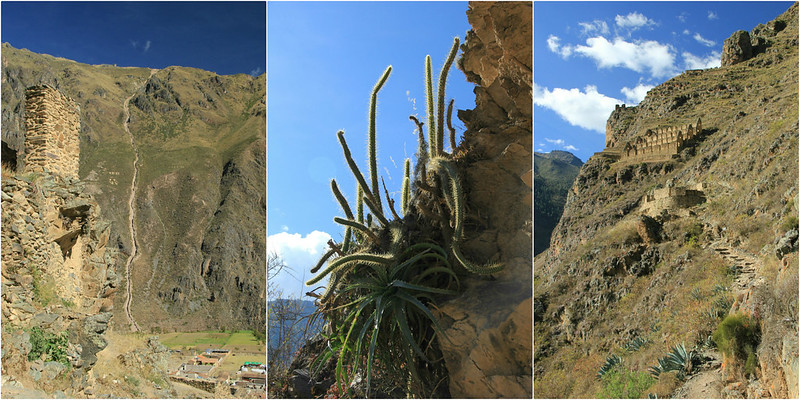 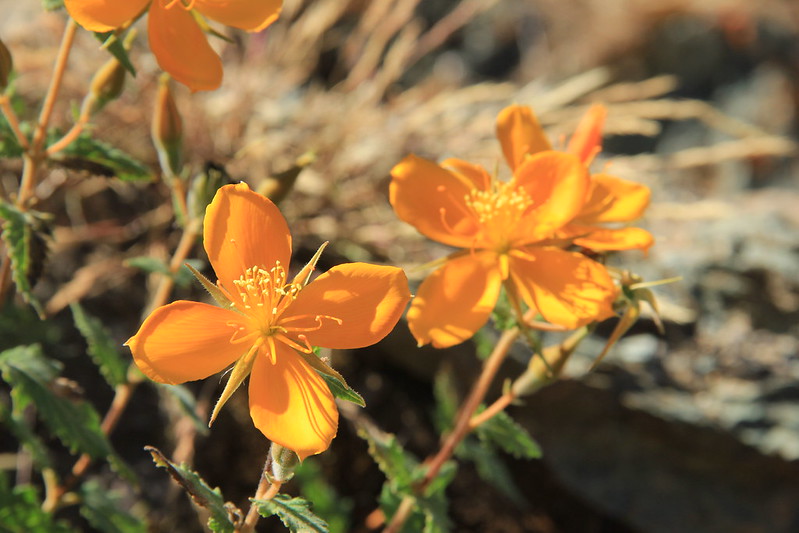 Despite the fact that Pinkuylluna holds a commanding position high above the village of Ollantaytambo, it’s not until you get up close to this centuries-old stone structure that you realise just how tall its walls stand and subsequently how small that makes you feel. 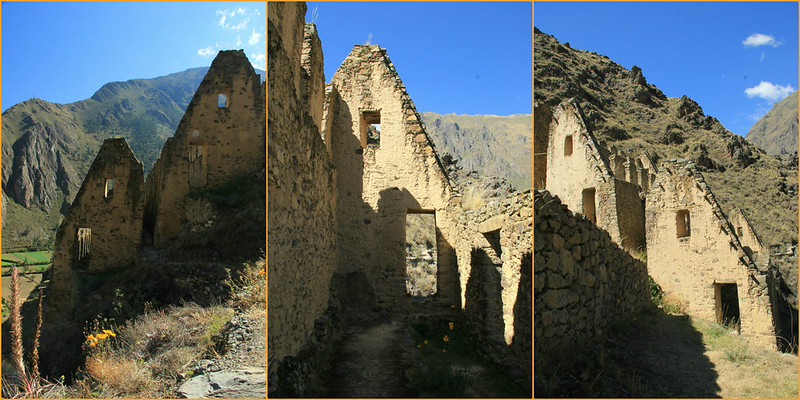 Getting from one level to the next required a difficult scramble over vegetation-covered rocks scattered with gorse-like plants, and could at best have left me with some painful scratches if I lost my footing.  Fortunately I didn’t. 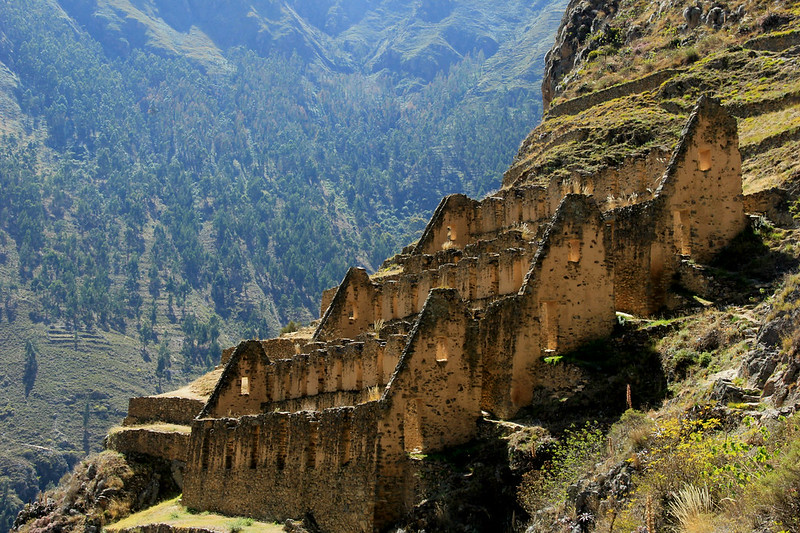 I hadn’t passed a single other person on my short (but steep) hike up to the ruins, and it was a wonderful feeling standing up there completely alone.  As I looked through the tall windows out on to the valley down below me, the warm sun touched my skin and the gentle breeze swept through my hair, and, like sitting on the rocks at Tripitos Arch on Paxos, I felt that wonderful mix of freedom and isolation.

From the ruins the trail continued to lead further up the mountain, and curiosity persuaded me to follow it.

Further along I reached what looked like a watch tower, perched on a promontory. From there I could look down on the tiered ruins of Pinkuylluna, and marvel at just how small they appeared to be. 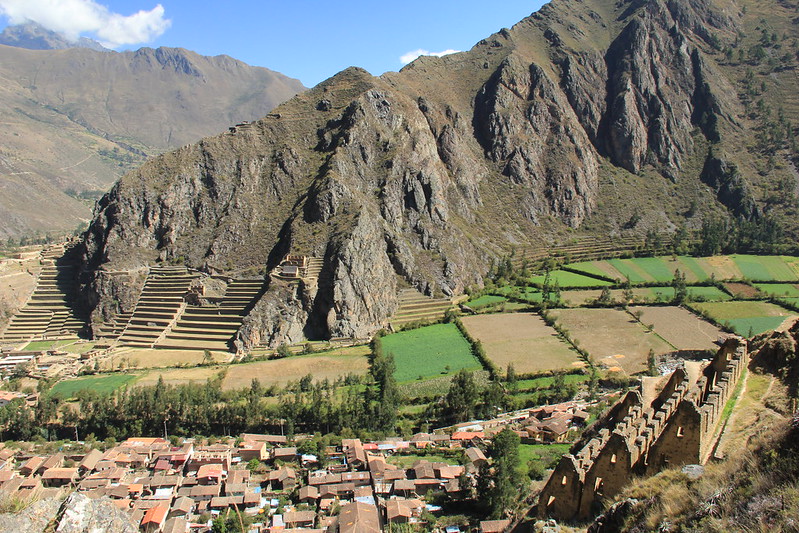 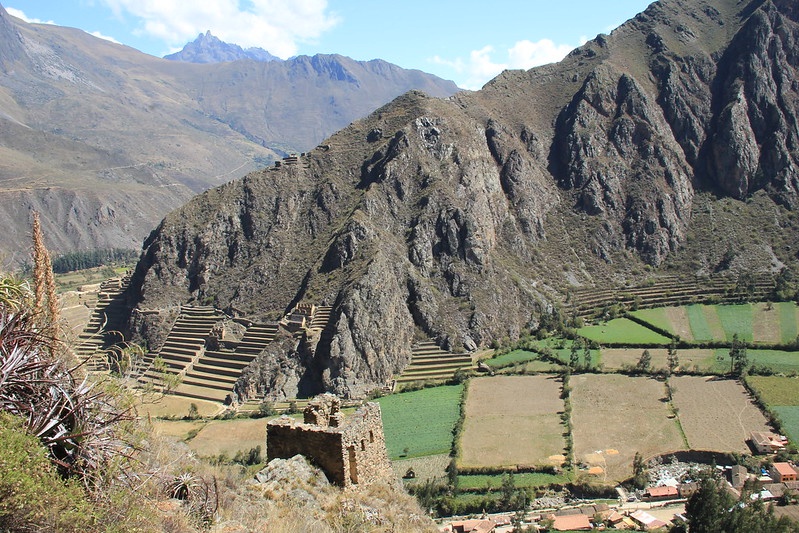 Beyond the watch tower the path began to head inland.  I couldn’t see where it led to or in fact if it led anywhere, but in the interests of exploration and discovery, I decided to follow it a little further.

It wasn’t long before I hit a bit of an obstacle.  The path stopped and continued at the bottom of a sheer (save for a few foot-holes and ledges) rock face.  There was all sorts of weird and wonderful plants growing out of the rock face, including some incredibly spiky cacti.  If I was going to attempt the descent I was going to have to be very careful. 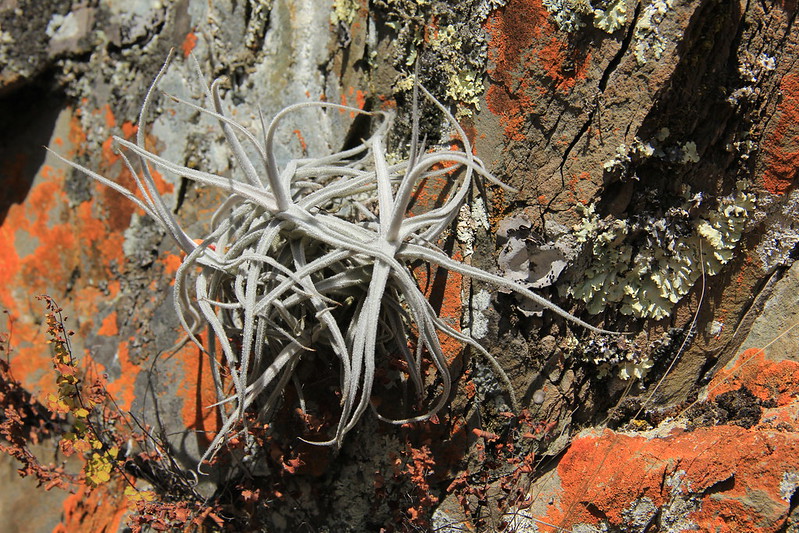 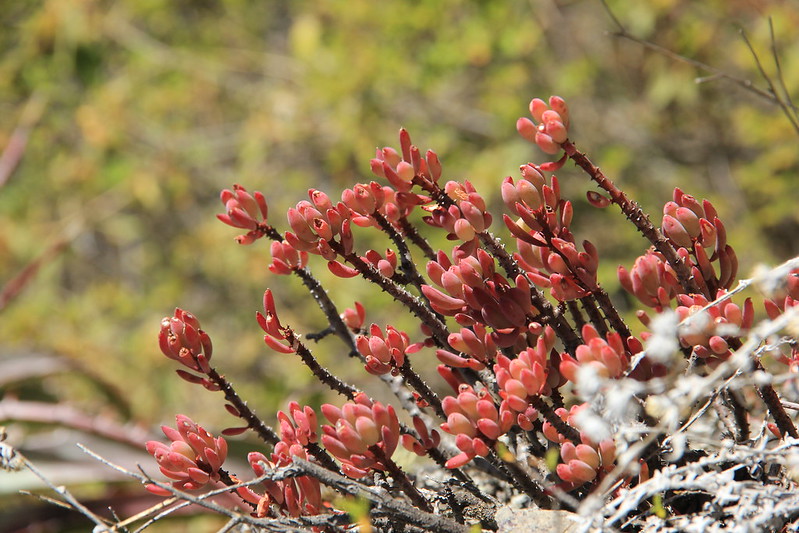 After the first section of the descent (which saw me forgetting to breathe in places), I perched on a ledge about half the way down and considered my options. On the one hand I wanted to accept the challenge that the mountainous topography was presenting me with, curious as to where the path led and liking the idea of my own little adventure high above the village. 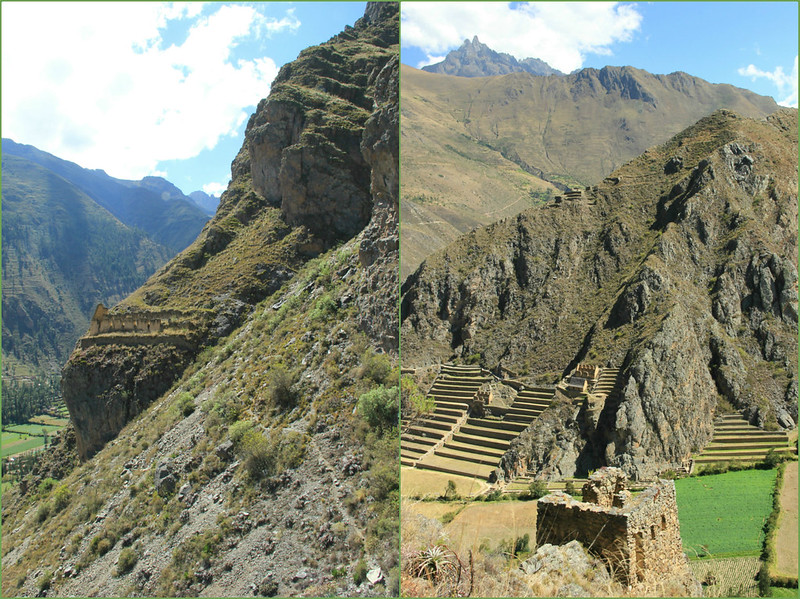 But then the sensible side of my brain took over. I was on my own. I’m not a good climber, and I’m even worse when it comes to descents. What if something bad happened? No-one would find me for days, possibly weeks. If I maintained consciousness and could access my mobile phone to ring Stu, there was no way on God’s earth I’d be able to explain exactly where I was.

Attempting to go on was a stupid idea, especially considering I’d already made it past the ruins I intended to visit.

So I carefully climbed back up the rock face, breathing a sigh of relief when I found myself back on the path again, and made my way back down towards the village of Ollantaytambo. 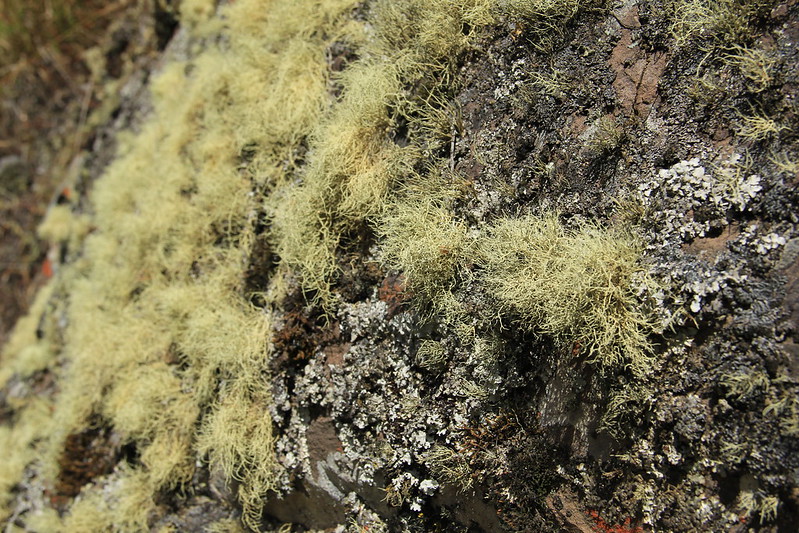 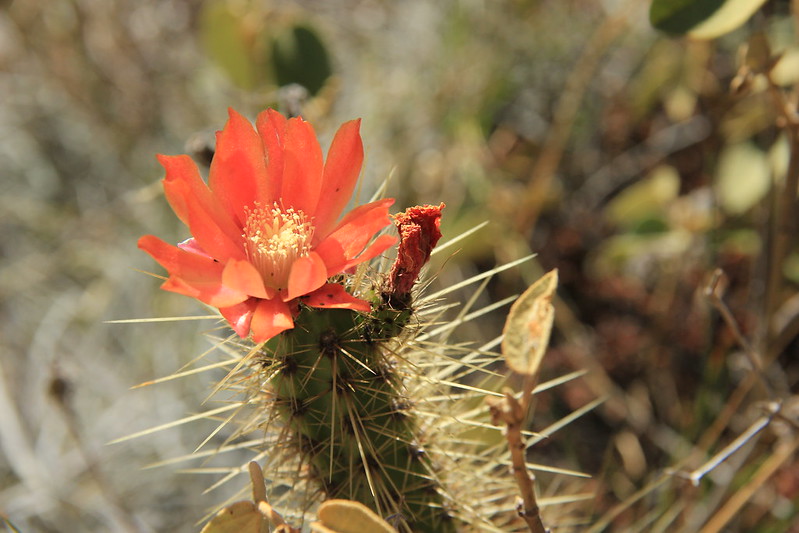 I made it almost as far as the crumbling tiled roofs of the village houses when I noticed a fork in the track that I’d completely missed on my route up.  That damn curiosity began to rear its ugly head again and before I even had time to think about what I was doing, I realised I was following the path up the opposite side of the mountain.

There were a couple of smaller ruins to be found up there, lots of loose shale, and yet more cacti, but the best thing was the birds eye view of the village down below. 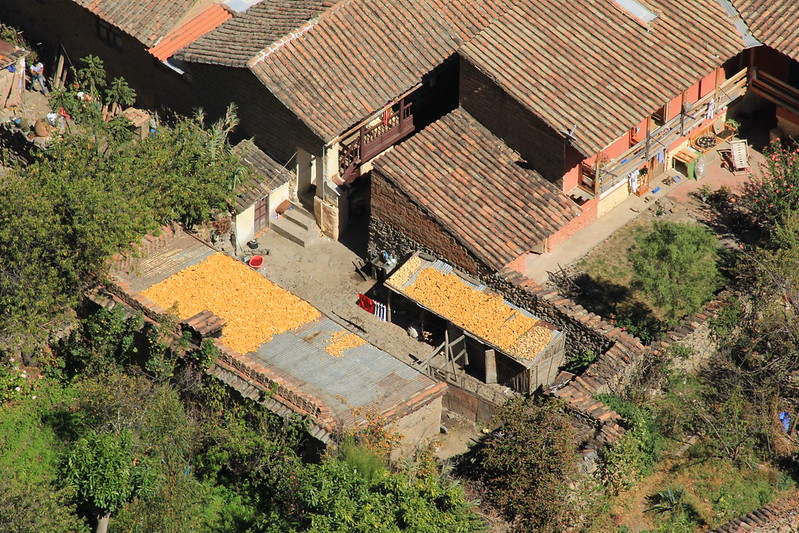 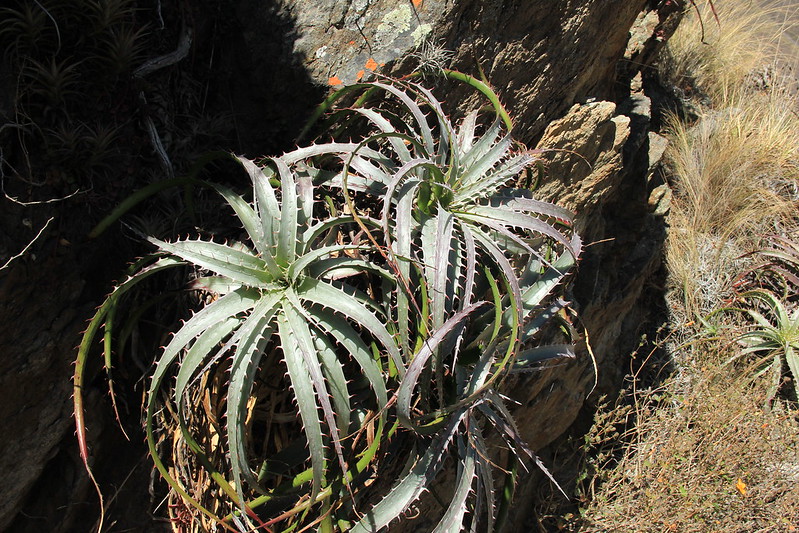 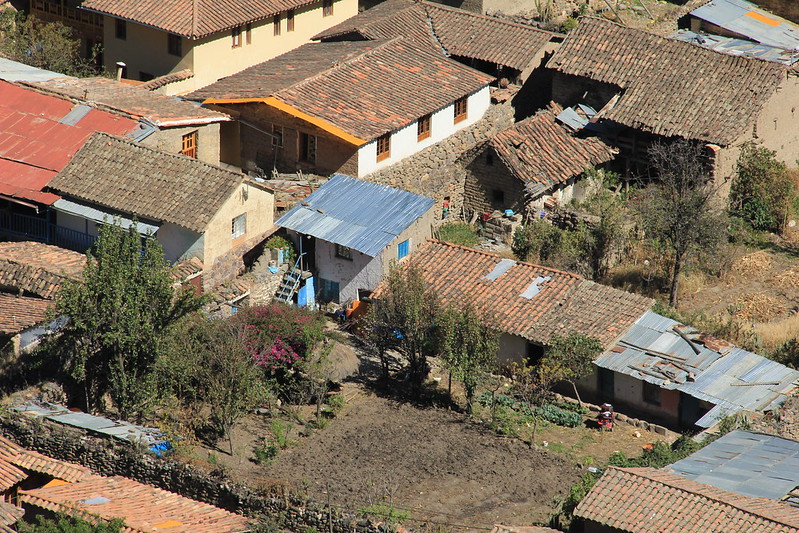 Although Ollantaytambo’s primary Inca ruins (simply referred to as ‘Ollantaytambo Ruins’ in my guidebook) are chargeable (you need a boleto turístico to enter), like my hike up to the ruins of Pinkuylluna, it is completely free of charge to wander around the lower grounds. 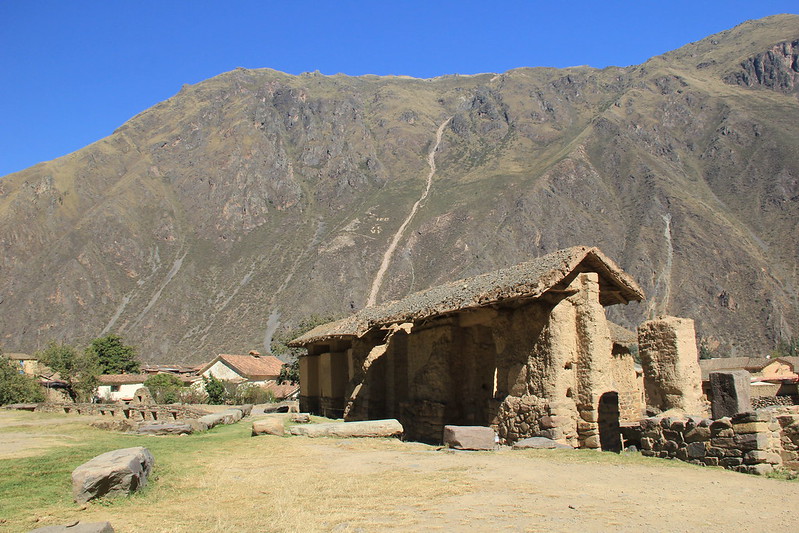 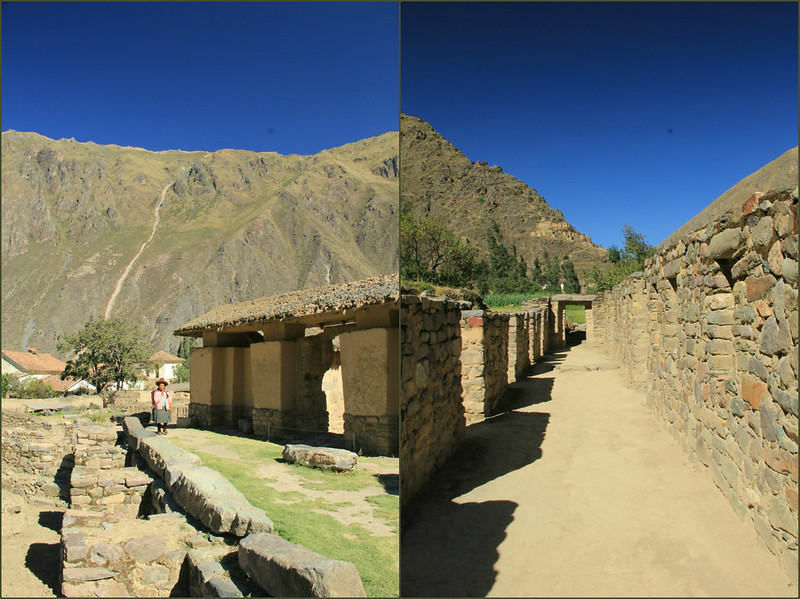 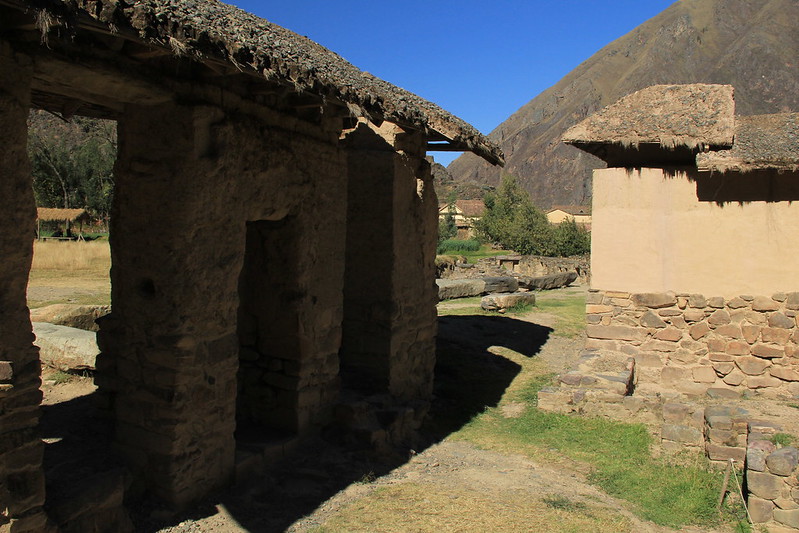 Although not spectacular, they are interesting all the same, and afford some great views of the surrounding countryside.  Oddly enough we encountered very few other tourists here either, yet there was a constant stream of people entering the main site and paying for the privilege. 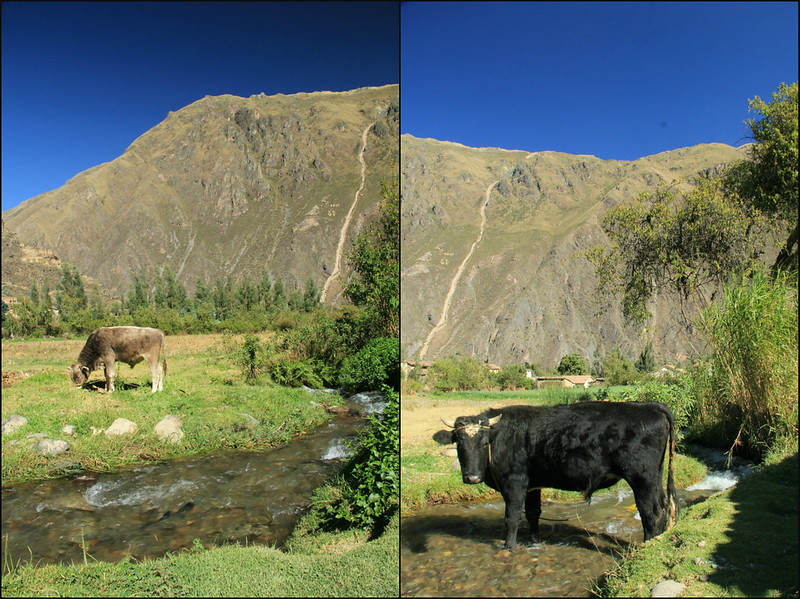 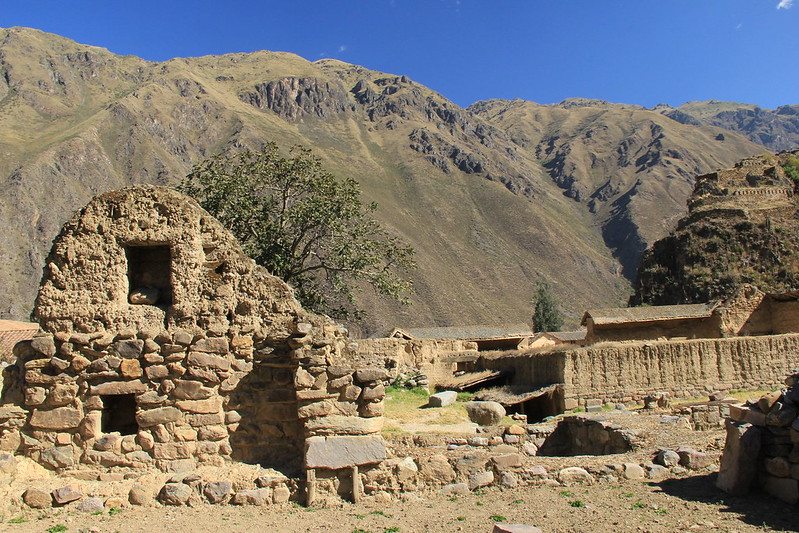 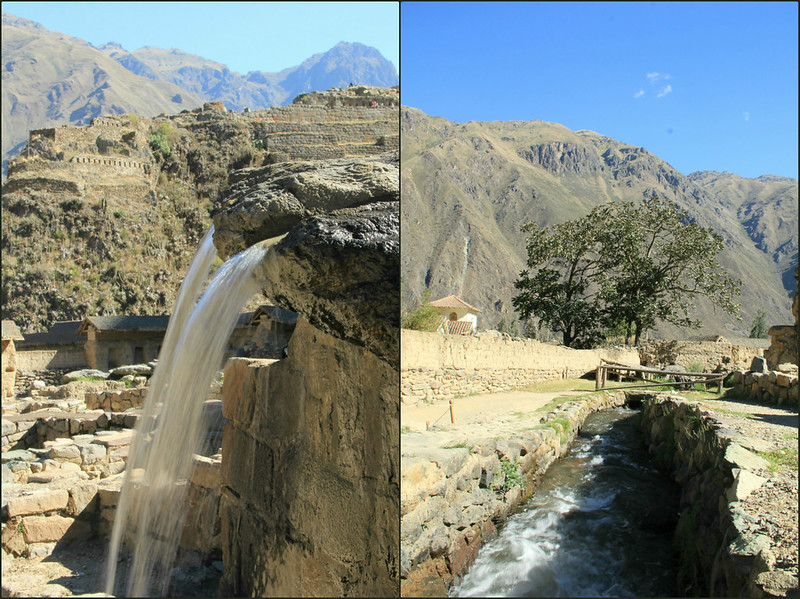 So, if you want to visit some Inca ruins but you’re on a tight budget (as we were; the Inca Trail trek was our one splurge), Ollantaytambo is the place to come.

I promise you won’t be disappointed. 🙂

Hiking the Colca Canyon with a Rather Unusual Guide (part two)

The Cobblestone Streets of Ollantaytambo | Gallop Around The Globe

✨️Faces✨️ . . How cool are these scary fac

✨️Orchids✨️ . . One of the highlights of t