We stumbled upon Oporto Mountain Tours completely by chance.

We were wandering along Porto’s Cais da Ribeira, dodging the rain showers, when we spotted a bright yellow Land Rover parked up by the iconic Ponte de Dom Luís I.

Stu has a Land Rover back home, and is a huge fan of off-roading adventures, so this in itself was enough to pique his interest.  However I then noticed a collage of photographs illustrating stunning mountain vistas, isolated settlements, waterfalls, and unusual rock formations, that were presented on makeshift display boards propped up against the side of the vehicle, and that piqued my interest.

We struck up a conversation with the enthusiastic young Portuguese gentleman, who we subsequently discovered was one half of Oporto Mountain Tours, a company that he and a friend had started just under three months ago.

Originally mountain-bikers, they have built upon their passion for the lesser-visited areas of northern Portugal’s countryside and turned it into a business.  They now take tourists out on four or five-hour off-road adventures through the mountains in bright yellow Defender 110 Land Rovers.

The idea appealed to us both, but unfortunately we had a Duoro River Valley tour booked with Viator for the following day – our last full day in the city.

So we thanked the gentleman for his time, took a leaflet with us and headed off to find a spot of tapas and a couple of glasses of red wine (when in Porto ‘n’ all). 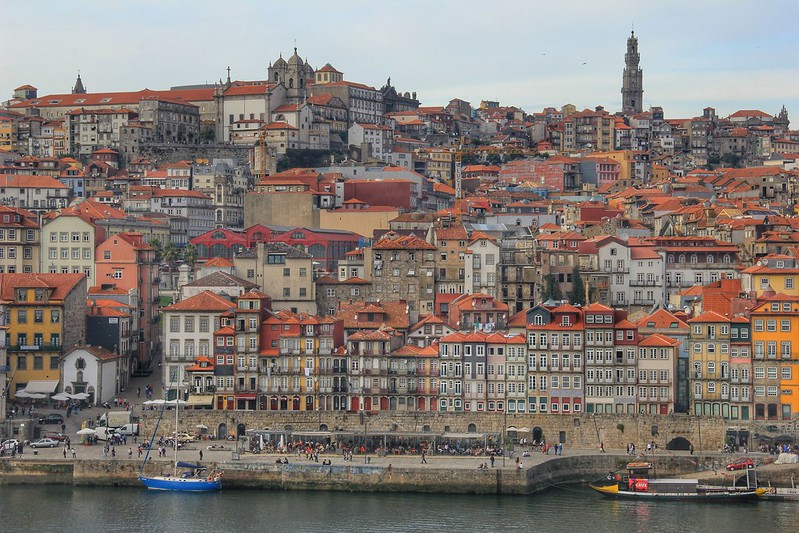 When I connected to the cafes wifi, I was alerted to the fact that I had an email from Viator, presumably to confirm our places on tomorrow’s tour.  However when I opened it, I discovered that it was completely the opposite – they were notifying us that tomorrow’s tour had been cancelled due to poor weather conditions.

Whilst I was rather disappointed initially, because touring the Duoro River Valley is supposed to be one of the highlights of visiting this part of Portugal, I concluded that it probably wouldn’t have been so much of a highlight in the middle of a thunderstorm (which is what the meteorologists were forecasting).

Immediately we dug out the leaflet we’d been given by the gentleman at Oporto Mountain Tours and dropped him an email (roaming charges were too high to warrant a phone call), hoping firstly that he’d check his emails this late in the day, and secondly that there were two available spaces on tomorrow’s tour.

Amazingly we had received a response within around 10 minutes, and there we spaces left.

Come rain or shine, or gale force winds and thunderstorms, we were going off-roading! 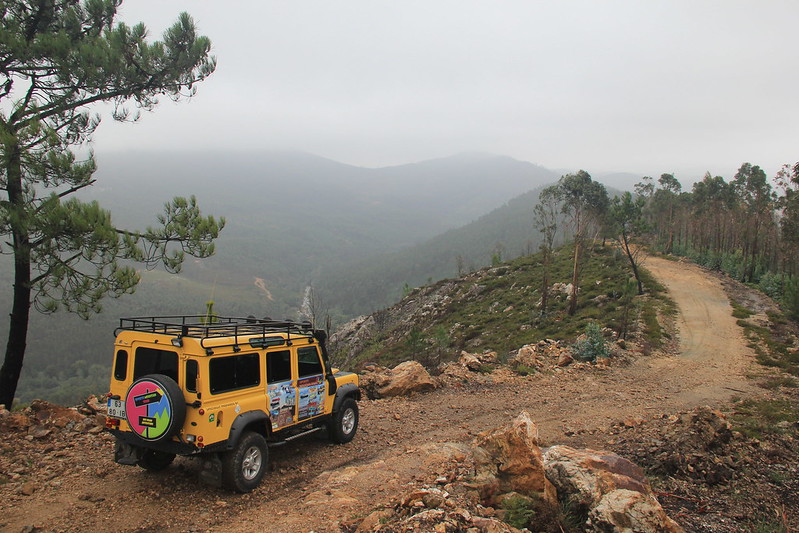 We were picked up at 2pm the following day from Ponte de Dom Luís I (which is a bit of a mouthful; from now on it shall be referred to as the ‘big bridge’), and were joined by a young Scottish couple and four French travellers.  We’d had intermittent showers all morning and the wind was still attempting to blow me backwards at every given opportunity, but there had been no signs of any thunder storms thus far. The clouds were looking rather ominous though.

We hadn’t travelled very far out of the city when our driver took a right turn and literally disappeared up the side of a mountain, meandering his way through tall trees and over slippery, muddy rocks.  I don’t think the French lady who was sat next to me was expecting quite so much of a rough ride (although that does beg the question why she got into a Land Rover in the first place!), because she kept grabbing my leg and squealing incomprehensibly.  She was quite a bit older than me, so I found it quite amusing, and rather endearing if I’m honest.  If I’d have known how to re-assure her in French, I would have gladly done so, bless her.

We were driven past excavation sites and mine shafts (did you know that gold has been mined just outside Porto for around 2000 years?), through traditional villages, alongside rivers and watermills, and over high mountain passes, and had the weather been a little more cooperative, we would have be rewarded with some incredible views to boot. 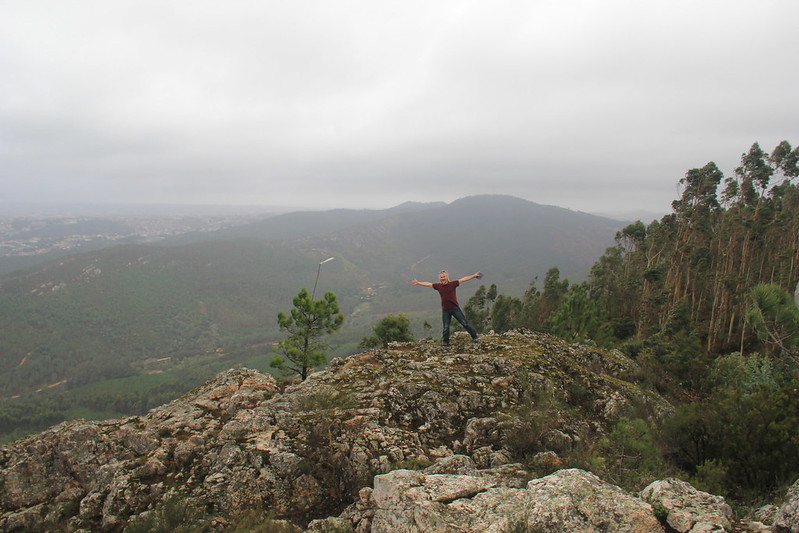 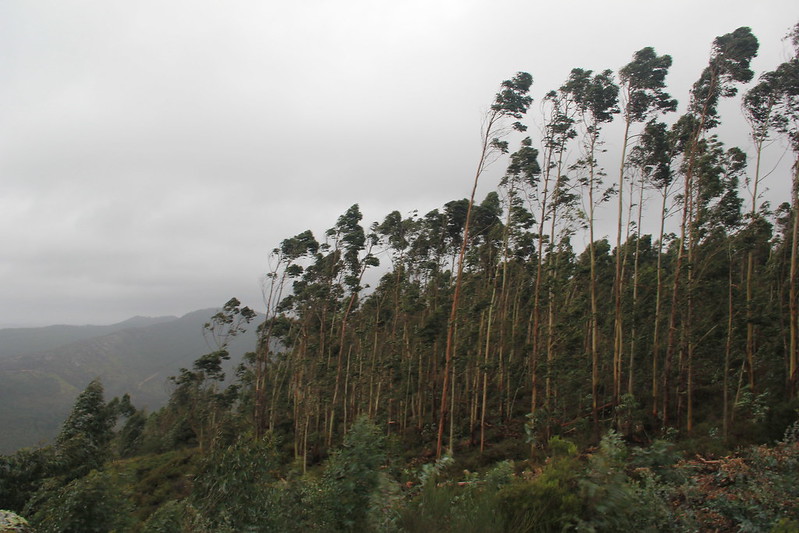 In the absence of some photo-worthy views, my favourite part of the day was our visit to the ancient rural village of Couce.  Access to the village is via a narrow, rickety wooden bridge that passes over the Rio Ferreira.

Inside the village are traditional stone houses that have changed very little since their initial construction, and residents who maintain a centuries-old lifestyle, using simple farming techniques. 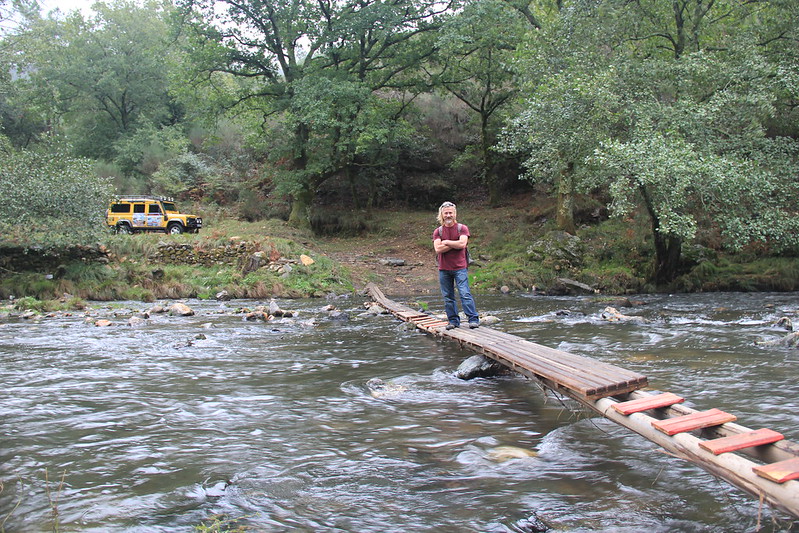 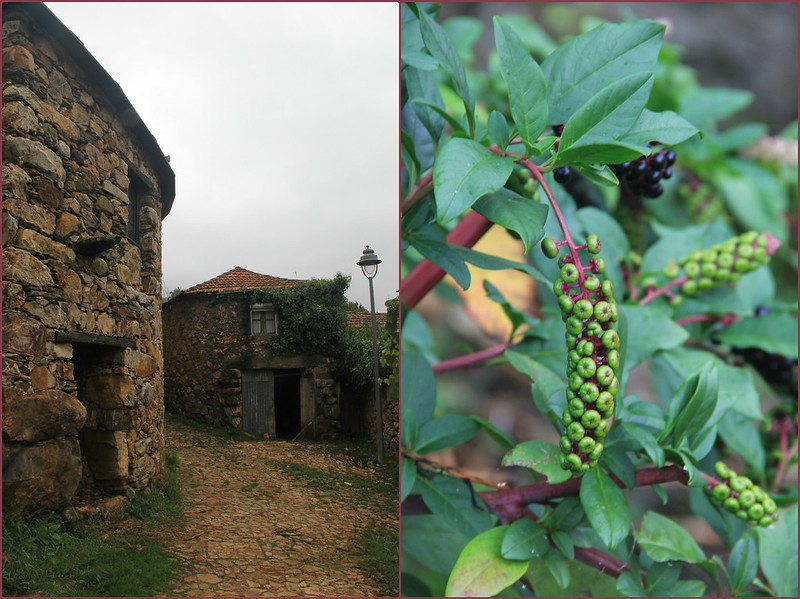 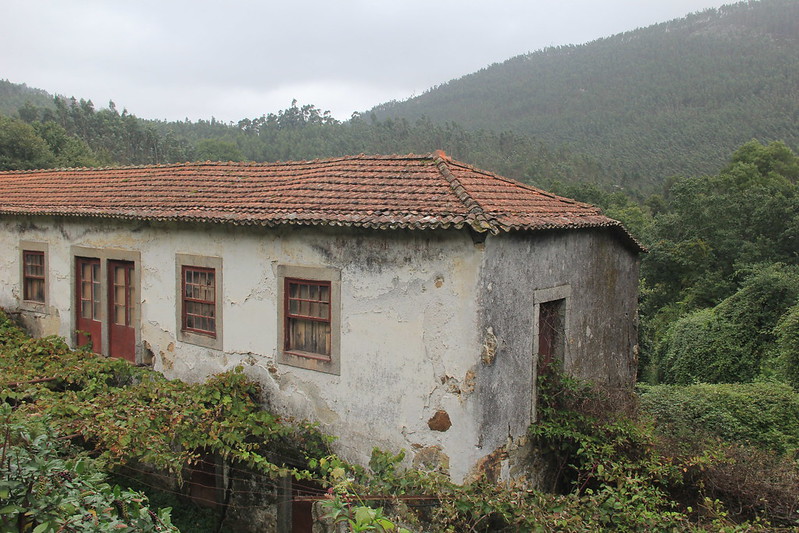 We were invited inside one of the homes where we gathered around the warm fire, sitting on wooden benches and sipping hot, black coffee from colourful plastic cups.  It was a far cry from the swanky bars and chic restaurants of modern-day Porto.

Our day ended with a visit to the picturesque Senhora do Salto Natural Park, where the Rio Sousa carves its way through jagged rocks that rise up from the water’s edge and tower more than 200 metres above the ground.

These dramatic landscapes clearly presented an irresistible challenge to Stu and our guide, who had disappeared up the rock face, using the natural feet and hand holes for leverage, before I even had time to notice they were no longer on the trail.  Whilst I wouldn’t recommend doing the same thing without the appropriate climbing gear, it definitely increased Stu’s enjoyment of the tour tenfold. 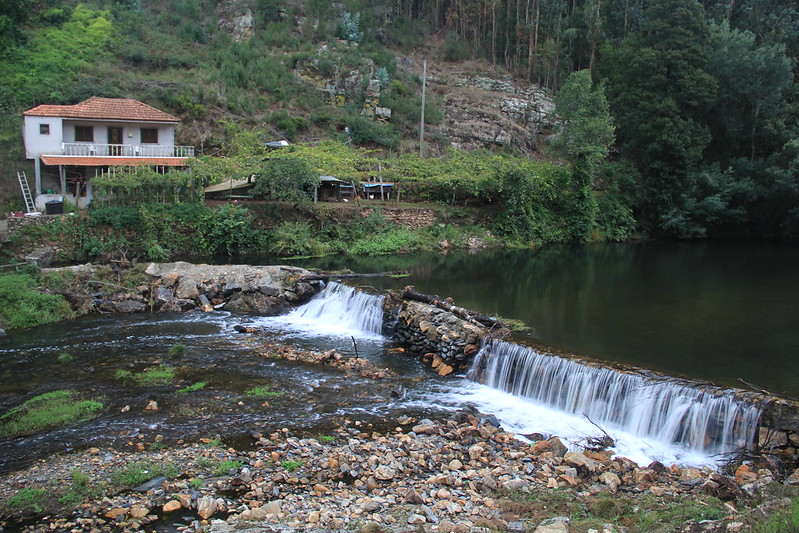 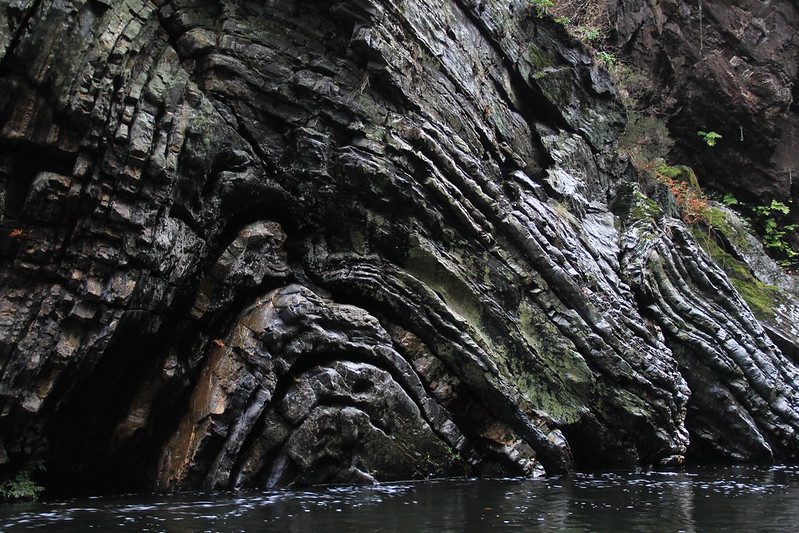 So what did I think of my 4×4 experience with Oporto Mountain Tours?

The two guys behind Oporto Mountain Tours, Ricardo and Josue, have a brilliant, and (currently) unique concept that will appeal to nature enthusiasts, hikers, photographers and climbers alike.

And whilst its definitely an experience best enjoyed in fair weather (we missed out on some incredible mountain vistas and sunsets), it’s a fun, fascinating and educational adventure regardless of the atmospheric conditions.

The areas we visited were largely inaccessible by any other means of motorised transportation, which meant that there was a definite sense of solitude and remoteness, and of taking the path less trodden.

My only (very minor) criticism is that, considering their enthusiasm for the parts of rural Portugal that Ricardo and Josue were introducing us to, I do feel that they could have expanded upon the brief snippets of historical, geographical, and cultural information they provided us with.

But then I have to remind myself that the tour is still very much in its infancy and that it can be a steep learning curve making the progression from mountain-biker to tour guide.  Finding that perfect balance between activity, education, and entertainment is something that only comes with time and experience.

And a healthy level of energy and enthusiasm – something Ricardo and Josue have in bucket loads. 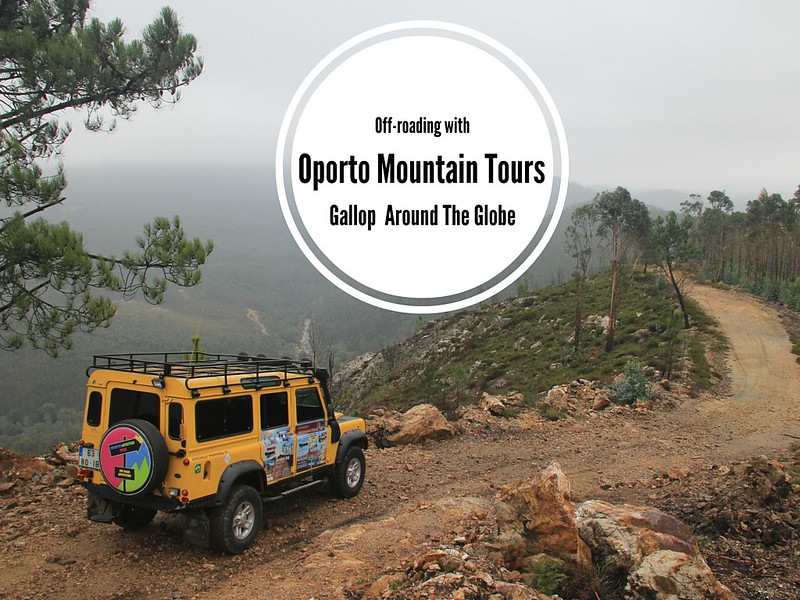 Have you ever been on an off-roading adventure? Where was it? What did you think of the experience?

Places to Visit on England’s Jurassic Coast: A Weekend in Branscombe, Devon