If you read the Luxembourg post that I published last week, you’ll know that one of the highlights of my visit to the country was the day that I spent in Vianden.

Nestled in a steep valley on the banks of the Our River, the picturesque setting alone would make this town worthy of a visit.  But add into the mix one of Europe’s most impressive medieval castles and you’ve got yourself a winning combination.

Getting to Vianden from Luxembourg City

Located just 55 kilometres from Luxembourg City, Vianden is an easy day trip from the capital, thanks to the country’s efficient and reliable public transportation network.

You’ll need to catch a train to Ettelbruck, followed by bus 570 (Ettelbruck’s bus station is conveniently just across the road from its train station) to Vianden.  The whole journey takes less than an hour and is free with your Luxembourg card.  There are 77 train departures per day and buses run every 30 minutes (every hour on a Sunday), so there’s no real need to carry a timetable; if you’ve just missed one, you won’t have long to wait!

If you’re not familiar with the Luxembourg card, this little wonder entitles you to free access to more than 60 tourist attractions in Luxembourg as well as free public transport throughout the entire country.  You can buy a one, two or three-day pass for €13, €20, or €28 respectively, from the central tourist information office, some hotels, online, or via the app (click here if you have an i-phone or here if you’re on Android).

Considering the cost of most other things in the country (food, drink, and accommodation), the Luxembourg card represents incredible value for money.

Getting to the castle

The bus stops on Rue Du Vieux Marche on the western (castle) side of the Our River.  From there you can either cross over the bridge to explore the quieter side of town (it’s from this side of the river that you can hop on the chair lift; more on that later!) or you can head up pretty Grand Rue towards the castle entrance.

I recommend walking up to the castle first, continuing up to the Top Station afterwards, and then getting the chair lift back down.  You’ll get better views of the castle this way (see below). 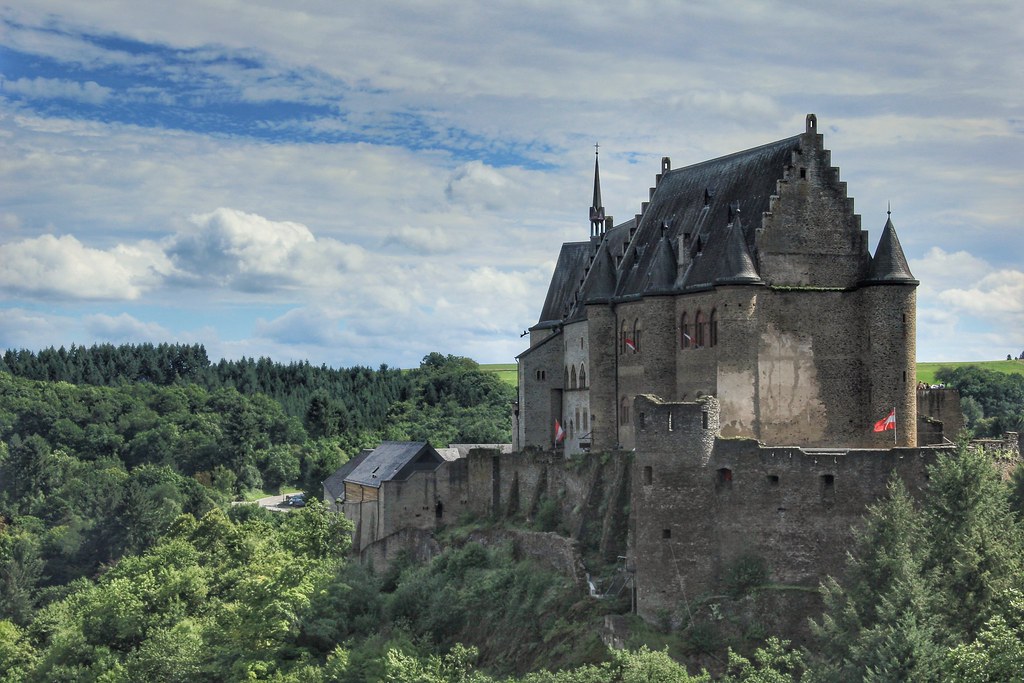 Grand Rue climbs steadily up towards the castle alongside the old city wall, and is lined with ridiculously pretty buildings that made me feel as though I was somewhere in Bavaria. 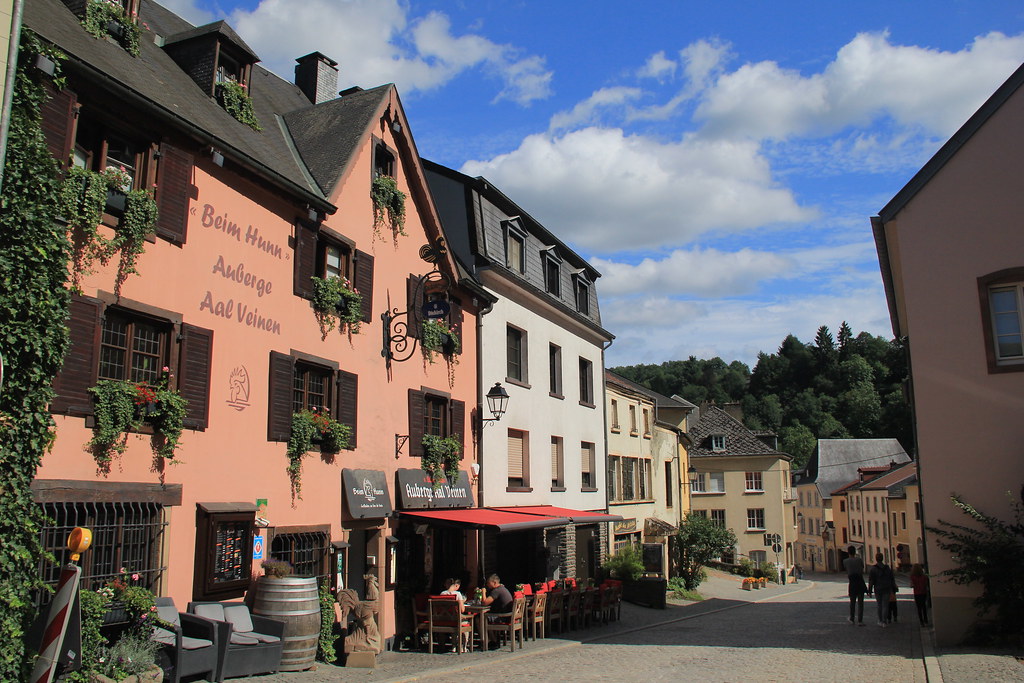 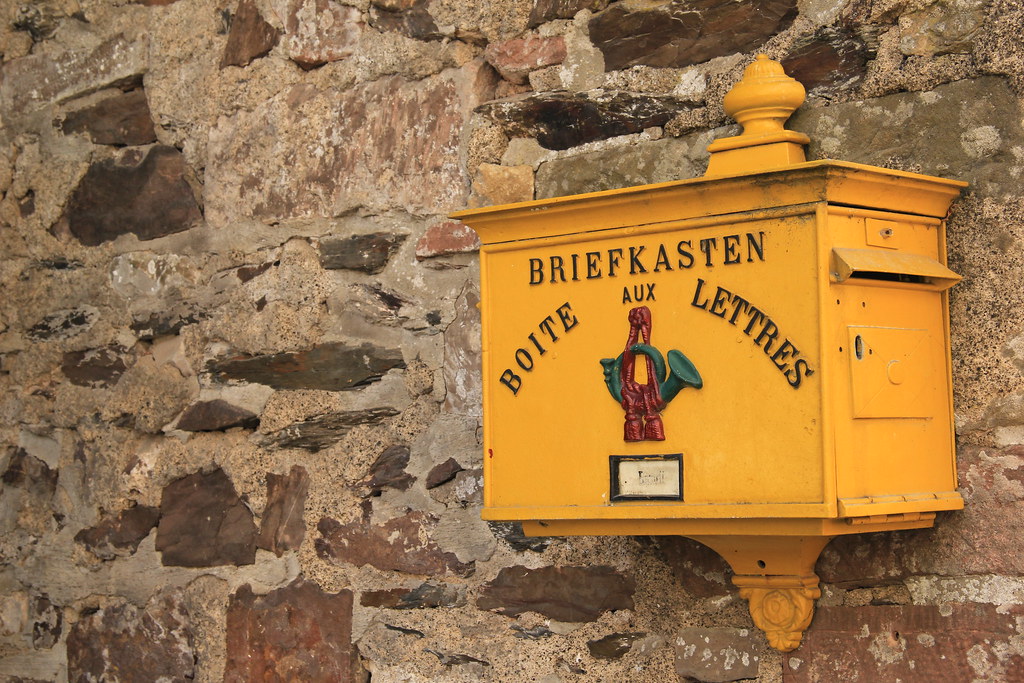 As Grand Rue bends around to the left and turns into Rue de Diekirch, take a right on to Montee Du Château, walk past the town’s Youth Hostel, and continue on to the end of the road.  From here a track runs up to the entrance of the castle.

Entrance to the castle is normally free with your Luxembourg card; otherwise it’s €8.50 for an adult.  I say “normally” because unfortunately the card does not entitle you to free entry during the town’s annual Medieval Festival.  However you do get a discounted rate of €7. 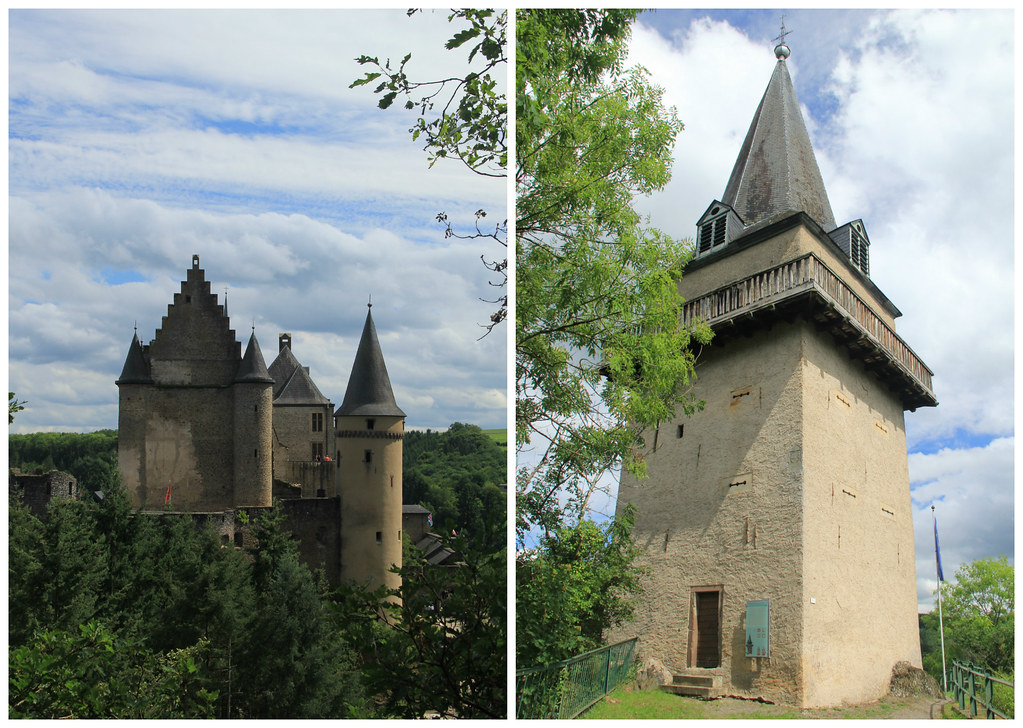 Vianden’s Medieval Festival at the castle

Whilst my discovery of Vianden’s Medieval Festival was completely serendipitous, and I imagine the castle is much busier during this event, for me it really brought this impressive structure to life and I can thoroughly recommend timing your visit in conjunction with the festival.

Vianden’s Medieval Festival takes place for 9 days every year towards the end of July and into the beginning of August.  This year it ran from 29 July – 6 August, but do check the Visit Luxembourg website for next year’s dates.

As soon as you enter the castle you’ll walk beneath medieval-style bunting and flags, past colourful market stalls selling bottles of plum and cherry wine, leather goods, silverware, armour, musical instruments, soaps, and lanterns. There are also painted shields and wooden swords to keep the kids entertained, and you can try your hand at archery or watch glass being blown. 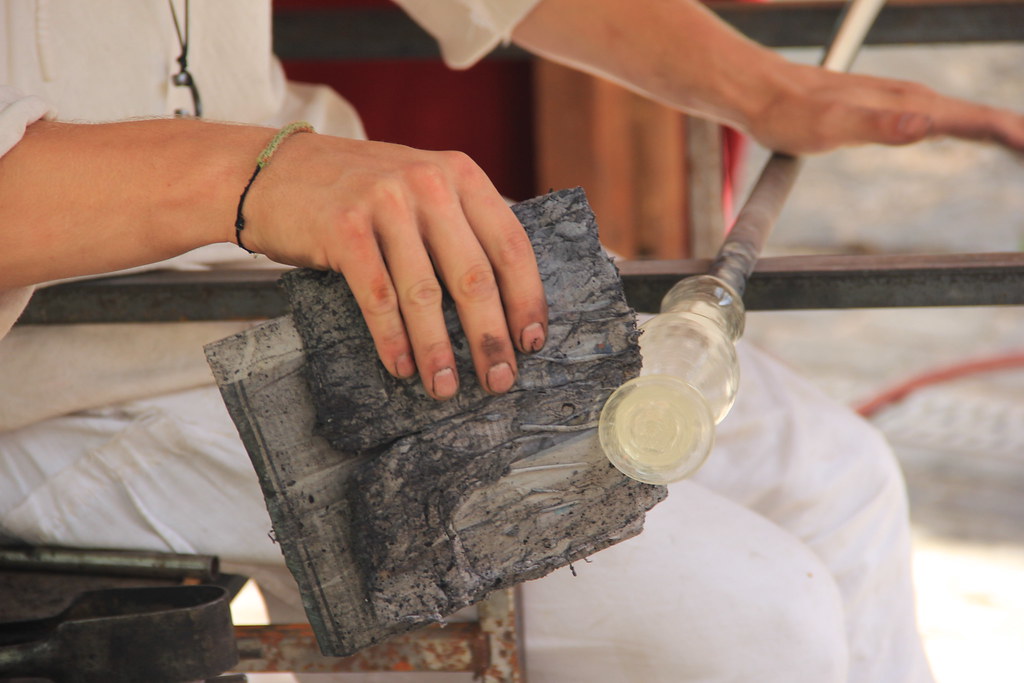 Everyone you see (who’s not also a visiting tourist) is dressed head to toe in very authentic-looking traditional gear, and medieval-style music fills the air.

The market stalls continue inside the castle, and there is an entire hall that’s been transformed into a humungous candlelit dining room with long wooden tables, where you can order bowlfuls of hearty beef and vegetable broth, chunks of freshly baked bread and tankards of beer. 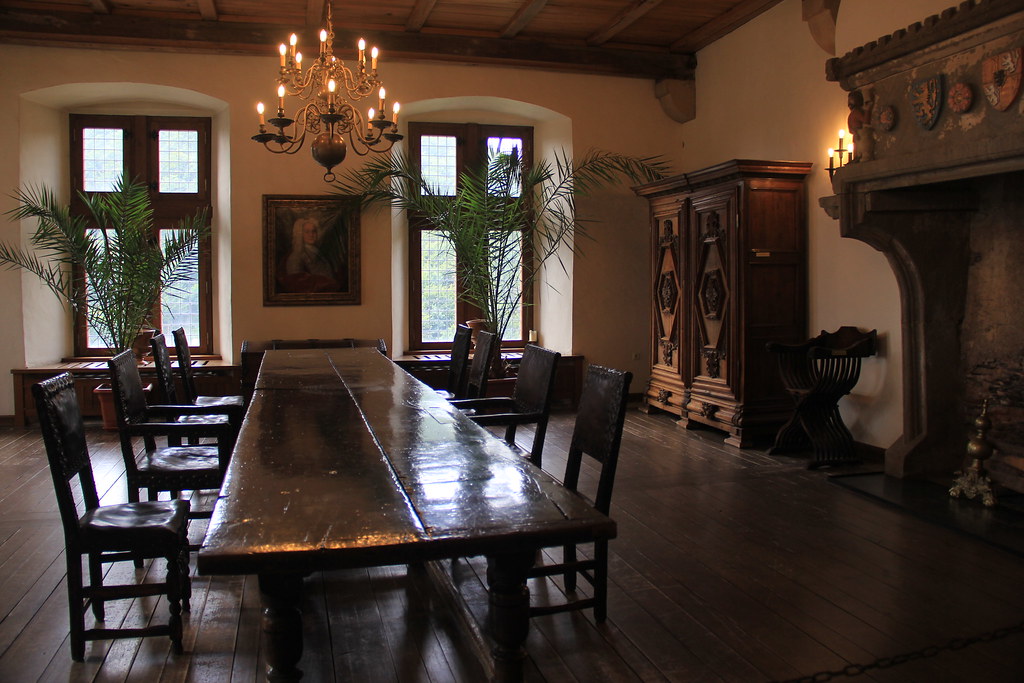 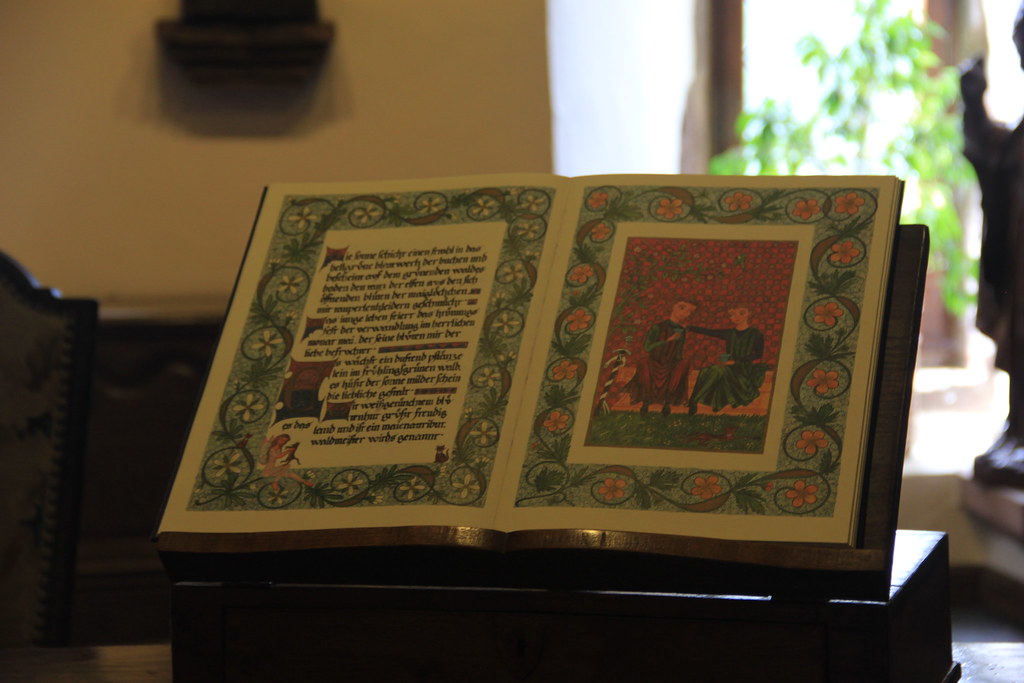 Much of the castle has been effectively decorated with period furniture, and you are free to wander through its numerous rooms and corridors, and out on to its terraces.

Although there is a main hall where the majority of the timetabled performances take place (I saw musicians, oriental dancers, and a very real sword fight), you’ll also find a myriad of events happening out on the terraces.  I was lucky enough to catch a couple of Falconers with their beautiful birds, witness an amazing show put on by the Flag Bearers, and get my ear drums blasted by the Musketeers.

My favourite was a medieval folk version of ACDC’s “Thunderstruck” by a band called Gnomus.  The energy in that room was absolutely incredible!

When I finally managed to drag myself away from the castle (every time I tried to leave, I’d stumble upon yet another unexplored room or live performance that piqued my curiosity or grabbed my attention), rather than heading back into town I took a walk through the woods up to the Top Station.

You’ll catch glimpses of the castle through the trees as you ascend, and whilst the climb is pretty hard work in the stifling August heat,  it’s definitely one you’ll be glad you made once you see the views from the top. 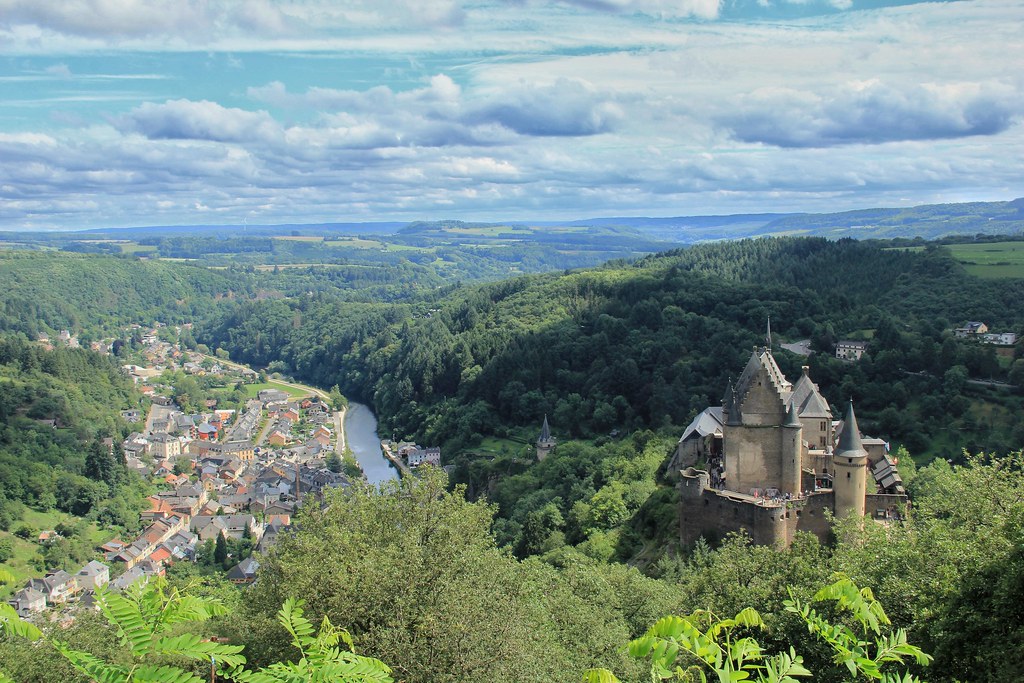 There’s also a little cafe at the top, so you can linger around and soak up that incredible view for a little while longer.

Riding the chair lift is free with your Luxembourg card or otherwise it’s €5.70 for a return ticket. 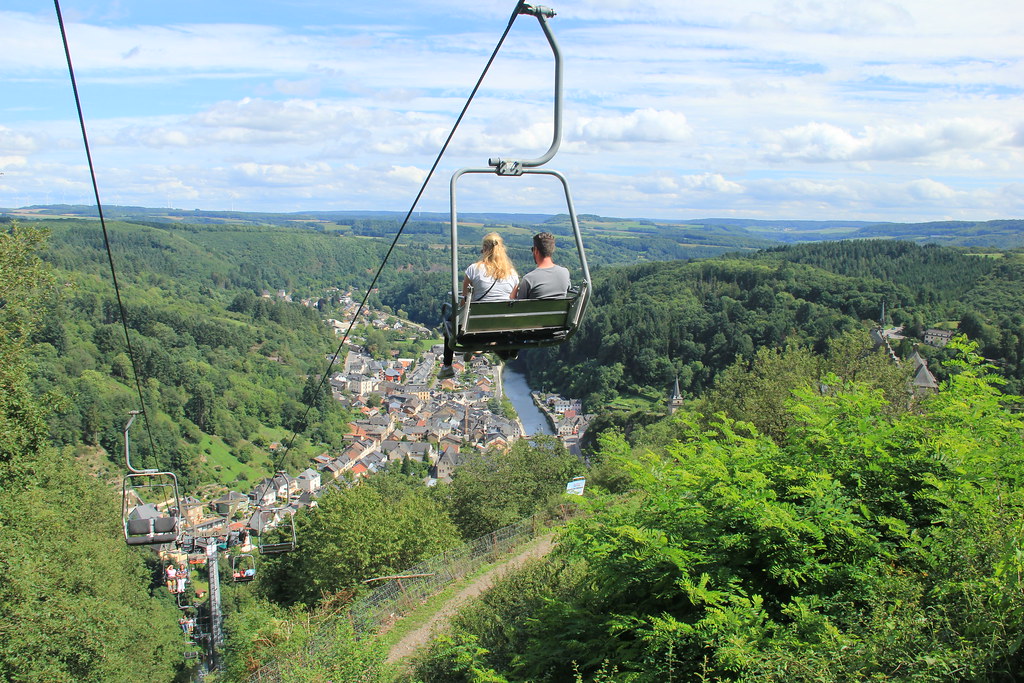 You’ll get some amazing shots of the Our River Valley on your way back down.  Just don’t get too excited that you lose hold of your camera! 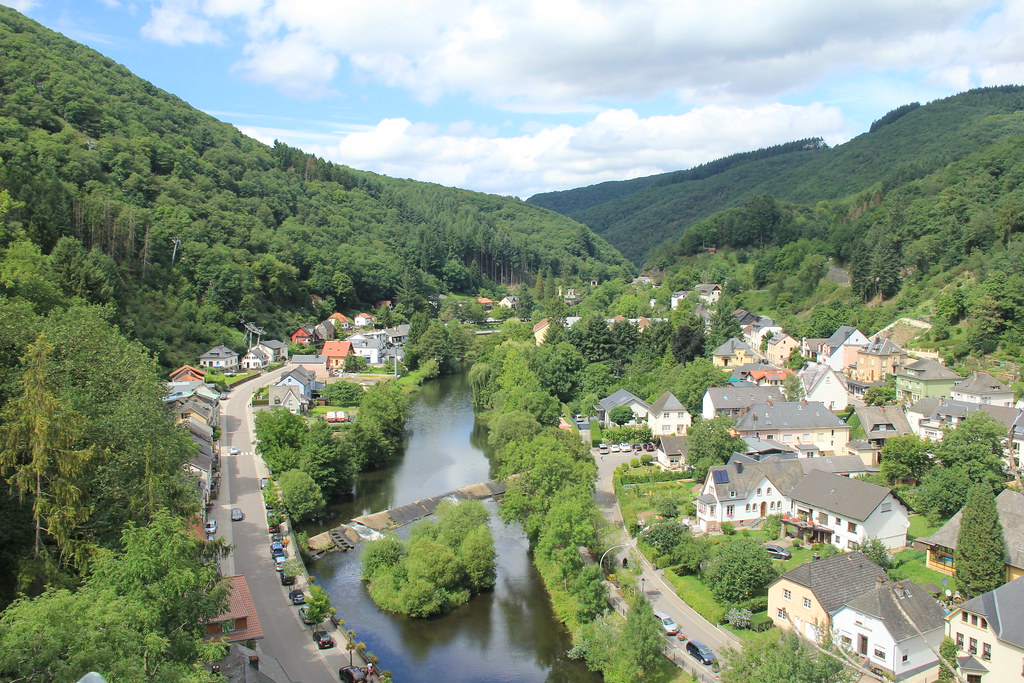 Vianden’s quiet street on the other side of the river

When you arrive back in town, my advice would be to save a little time for a wander along the quiet streets on the side of the river where the chair lift drops you.  There are far fewer tourists on this side of the river, but the streets are delightful, with colourful blooms of flowers decorating almost every window and doorway. 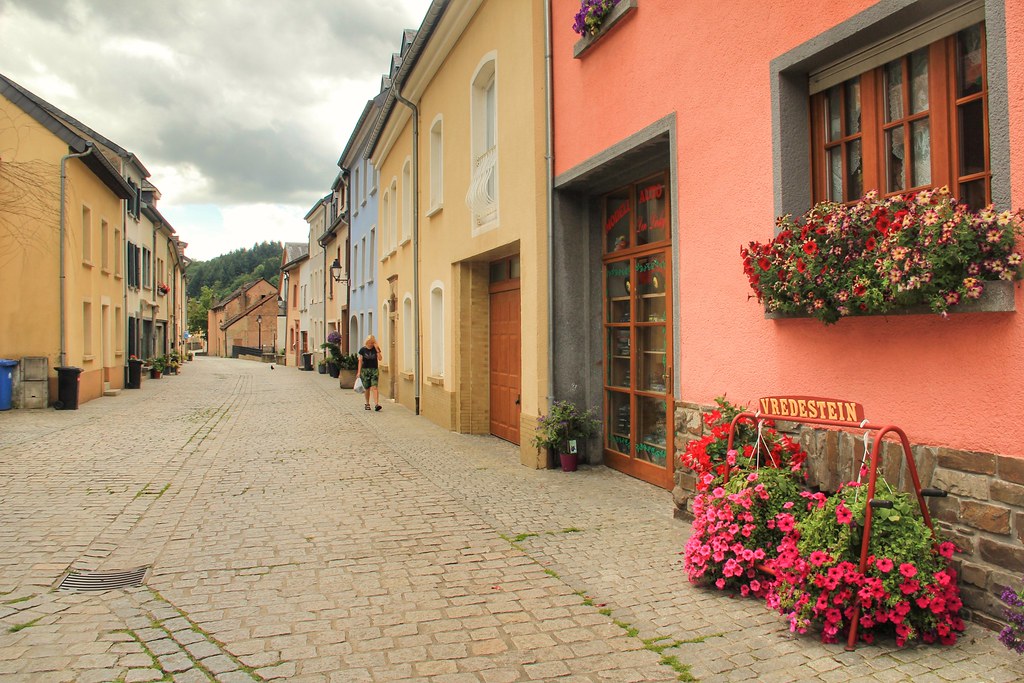 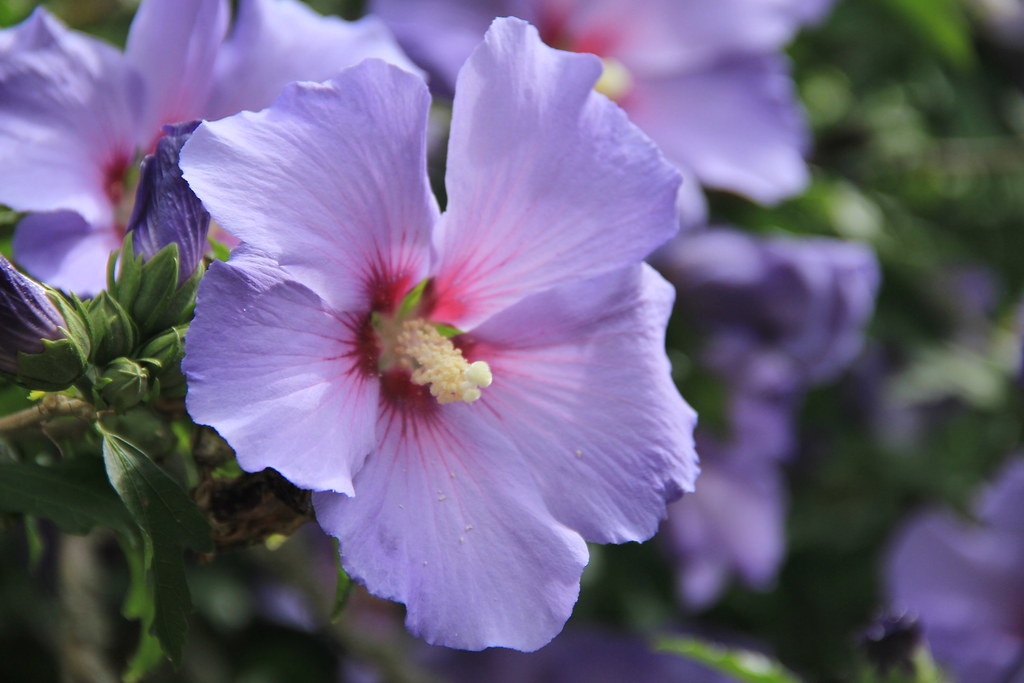 The gardens here are also immaculately kept, with beautiful attention to detail and a level of quirkiness that is guaranteed to bring a smile to your face as you pass. 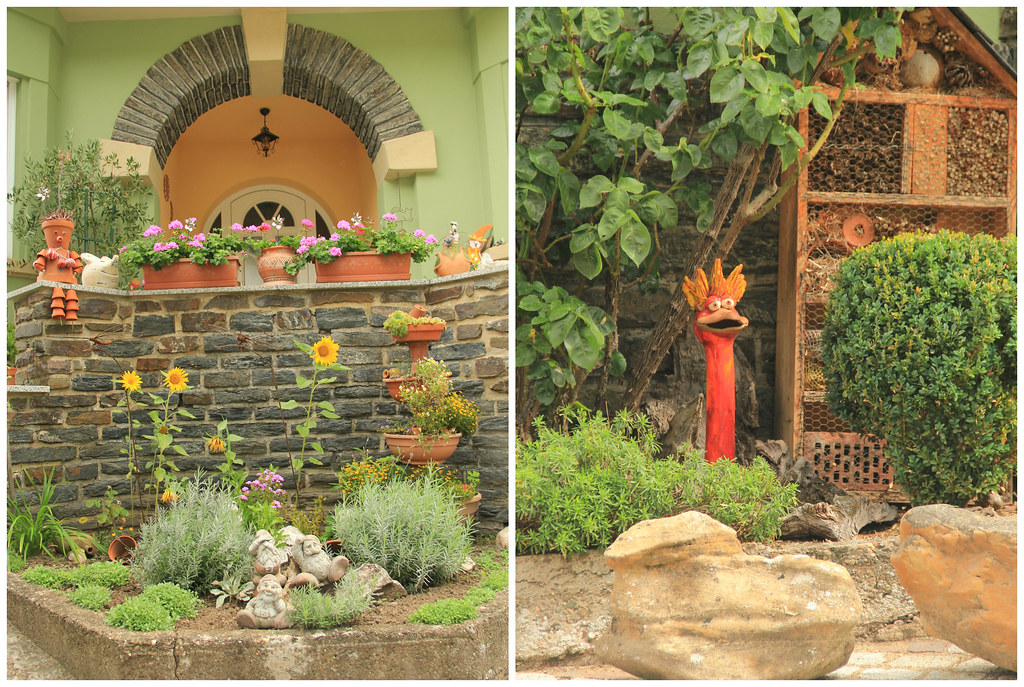 The children from one of the local schools have even painted a bunch of murals in the style of Keith Haring (of “Tuttomundo” fame), along by the river. 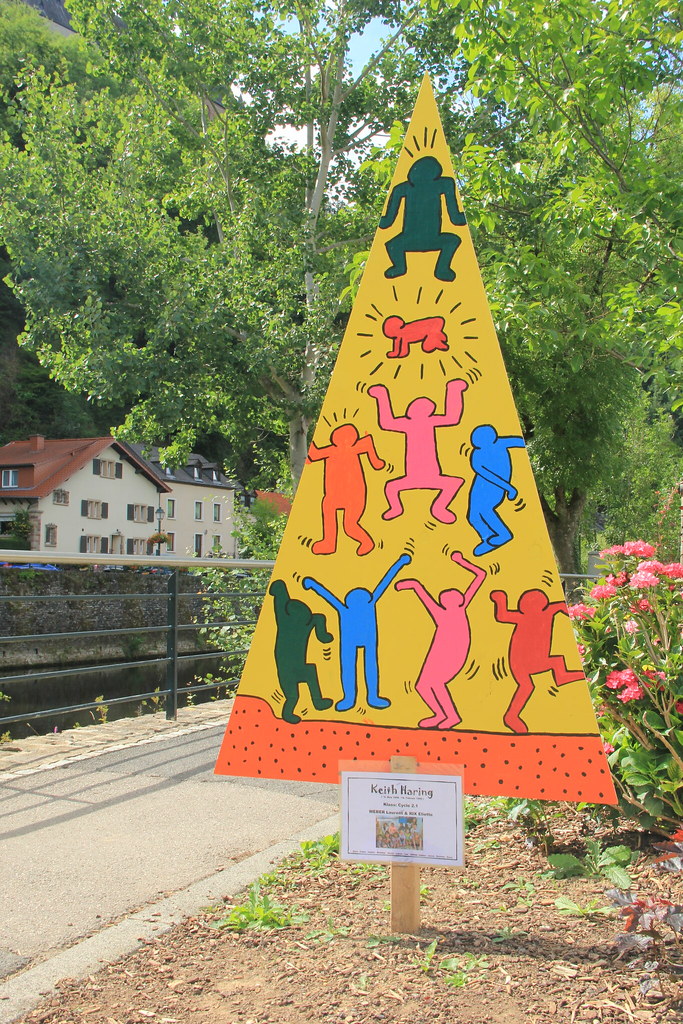 Just before you cross back over the bridge in order to catch the bus back to Ettelbruck, make sure you stop by the pretty little St. Nicholas Church or grab a bite to eat at one of Vianden’s riverside restaurants, in the shadow of its stunning medieval castle. 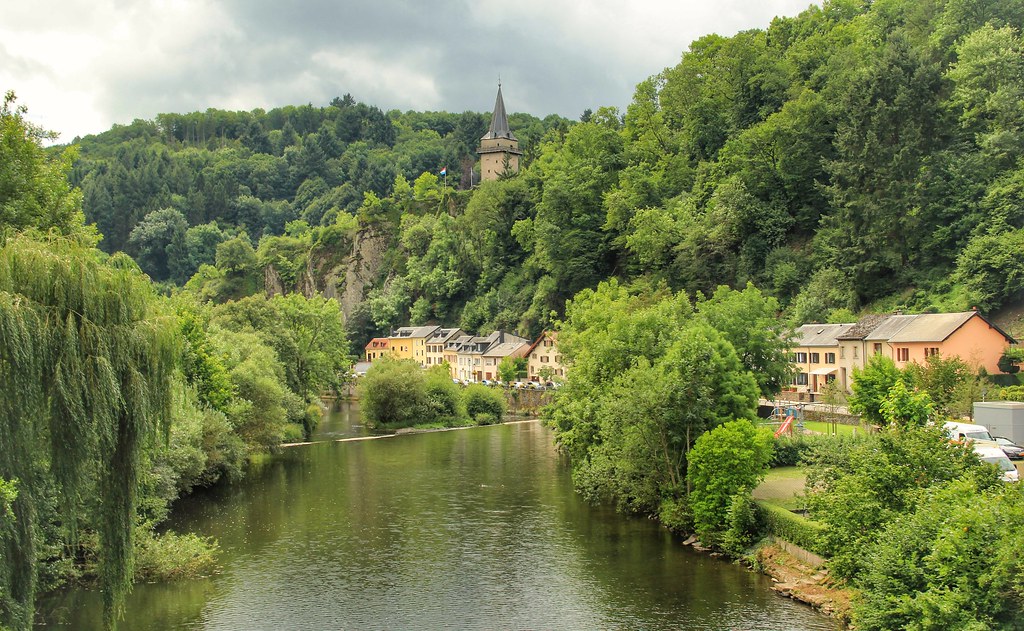 Vianden may well be Luxembourg’s most visited spot outside of its capital city, but in spite of this it still manages to retain a very tangible charm that wins you over from the moment you arrive. 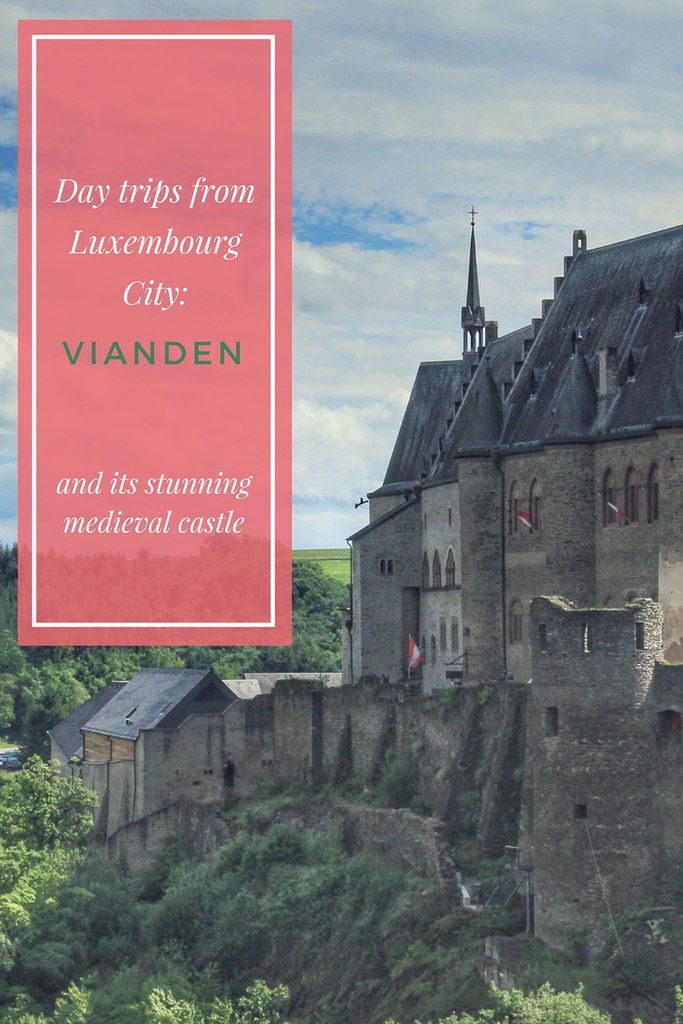 How to Seek Out the Best Photo Spots on São Miguel, The Azores

Where Will You Travel to Next? 8 Tips for Helping You Decide!

Montenegro for Outdoor Enthusiasts – Gallop Around The Globe