Cappadocia: a balloon flight over a surreal, volcanic landscape

We arrived at the Voyager Balloons office and sat down to a free breakfast of bread and olives and cheese.  The longer we sat the more people turned up, and my hopes of being in the basket with only a few other people (as it was low season – April – I didn’t think this was an intangible possibility) were quickly getting crushed.  I counted 20…23…26…and was convinced we were going to end up crammed into a 28-person basket with not an inch of breathing space.

As luck would have it, a collection of mini-buses pulled up outside, and we were split into groups to travel to the launch site, the same groups – it turned out – that we would remain in for the duration of our balloon flight.  As we drove along the dirt tracks that led through the valleys, everywhere we looked there were people doing exactly the same.  Launch sites at this time of day are hot property, and it wasn’t until after a lot of driving over the same ground that we finally settled on a suitable spot of land for lift-off. This is how close the launch sites were to each other…no telephoto lens used here!

We watched in eager anticipation as the pilot turned on the fans and began inflating the balloon.  It got bigger… …and then all of a sudden they turned the fans off, and our balloon was shortly nothing more than a flat mass of colour on the ground.  What had happened?  There was much – what sounded like – panicked conversation between the pilot and his crew, and as we looked around, all the other balloons were floating gently into the sky, which was growing lighter with every minute as the sun began to rise. What a beautiful sight to behold

Until now, I hadn’t even contemplated the possible dangers involved in getting into a basket – powered by flames.  But at this point I actually feared there may be something wrong with our balloon, and for a brief  moment, I was a little scared.

Nervously we asked the pilot what was wrong .  Apparently the ‘parachute’ (the bit that stops the hot air coming out the top of the balloon) had not opened properly, meaning that flying would have been dangerous.  So I was quite comforted by the fact that the pilot and his crew were placing utmost importance on the safety of their passengers, and would not permit the balloon to leave the ground until they were sure that it was completely safe to do so.

My fears were then replaced by the worry that we would not be airborne in time to see the sunrise.  The other balloons around us were now rising higher and higher into the sky.  There were masses of them, fabulous dots of colour littered across the sky.  Apart from ours, which was a not so fabulous semi-inflated lump of colour – on the ground. So colourful…I just wanted to be up there with them

I needn’t have worried.  Pretty shortly we were joining all those other balloons, as the basket lifted from the ground, and the grass that minutes ago was beneath my feet, was now escaping farther and farther from my sight.

As soon as I caught a glimpse of that beautiful star of sunshine peeking out from behind the horizon, I knew this was it.  This is what I’d been waiting for.

It’s a hugely exhilarating experience being up in a hot air balloon, and at the same time it’s also incredibly serene.  In between the roar of the flames, the basket glides smoothly through the sky in perfect silence. That beautiful star of sunshine peeking out from behind the horizon

A totally unique and unforgettable sight

From the sky, Cappadocia’s surreal lunar landscape appears even more so.  The valleys seem so much more clearly defined from the sky.  It gives a fantastic perspective on how the water has eroded away the soft rock to create these deep valleys and ravines.  The enormous phallic shaped rocks of Love Valley rise powerfully from the ground, the white rock surrounding them  appears to ripple, almost like it’s sand being blown by the wind, narrow pathways weave their way through the middle of the valleys like rivers.

I struggle to put the landscape’s beauty into words that will actually do it justice.  I also worry that the endless amounts of photographs I’m taking will not do it justice either, but I continue to snap away because I am in awe, and I don’t want to forget a single minute of this experience. Watching the balloons float down into Love Valley In between the photo-taking, we try to identify all the valleys by name as we fly over them.  We see Uchisar Castle again, still just as unusual but now dwarfed by the immense ravine that runs towards it.  We decide to visit Uchisar and its castle this afternoon. Such an awesome view of the valleys from above

Now I know our balloon was one of the last to take to the skies, but we stayed airborne long after the others had landed, to the point that I could count the remaining balloons using the fingers on my hand that wasn’t still clutching my camera.  Ready.  Poised.  I checked the time, and when we landed we’d been in the air for about an hour and a half.  As we drifted closer to the ground, I could see a small table on the grass below us, and on it was a bottle of champagne , several glasses, and a small chest – presumably containing our certificates.

We touched down with barely a jolt, and once all 8 of us had climbed out, the pilot decided to show off a little…using just enough gas to lift the balloon about a metre from the ground, he directed it with such precision that he was able to land the basket on the trailer, which would then be used to transport our balloon back into Goreme.  A round of applause ensued, the pilot cracked open the champagne and we all made a toast to what had truly been a sublime and unforgettable experience. With our certificates after the flight…this is my excited face! 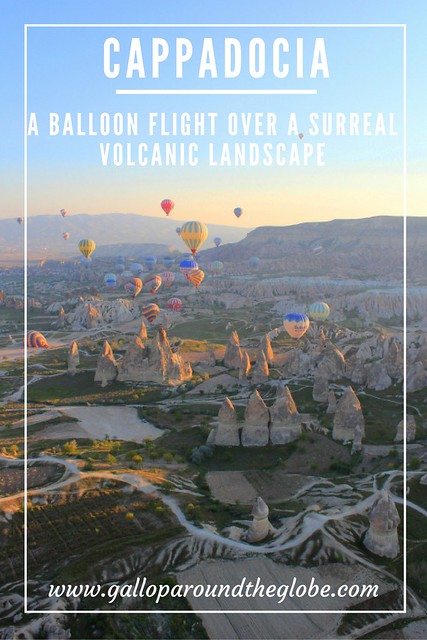 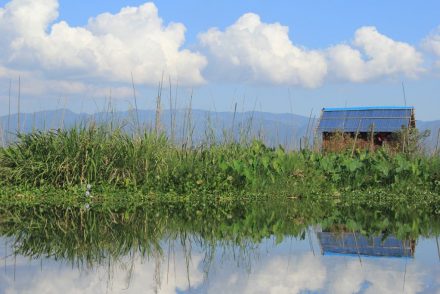 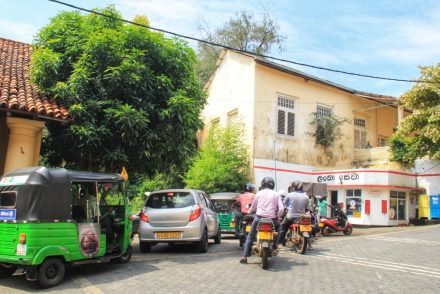 Fast Approaching Lockdown: My Experience of Being a Tourist in Sri Lanka During COVID-19

No trip to Sri Lanka would be complete without vis